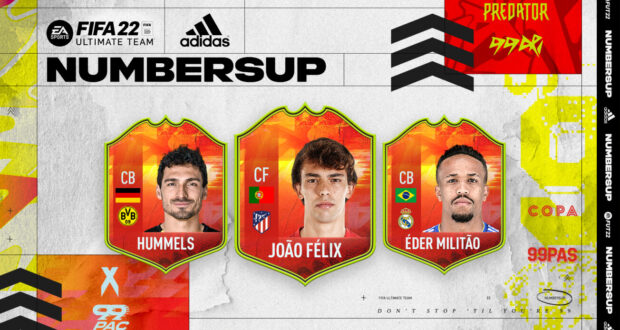 Adidas ‘Numbers Up’ Promo Kicks Off In FIFA 22 Ultimate Team

EA Sports and Adidas have partnered up for the latest promo in FIFA 22 Ultimate Team advertised as Numbers Up.

Rumors of the partnership promo with Adidas started back in September but we got confirmation of the promo earlier this week thanks to the FUT 22 in-game loading screen.

What is Numbers Up?

Numbers Up is brand partnership promo by EA Sports in FIFA 22 Ultimate Team made in collaboration with Adidas. The promo will focus on a select group of players that are sponsored by the German sportswear manufacturer in real-life.

Throughout the FUT 22 season, select Adidas players will receive attribute boosts until they reach 99 in one stat. That stat is decided by their Adidas boot of choice:

ℹ️ Basically, their chosen stat, based on the boots they wear, goes to 99, while the others get a +1 boost with each of the 2 upgrades, which come in December & April.#NumbersUp | #FIFA22 pic.twitter.com/y7eo7JYUOz

Here are the 11 players that make up the Numerbers Up Team available now in packs: 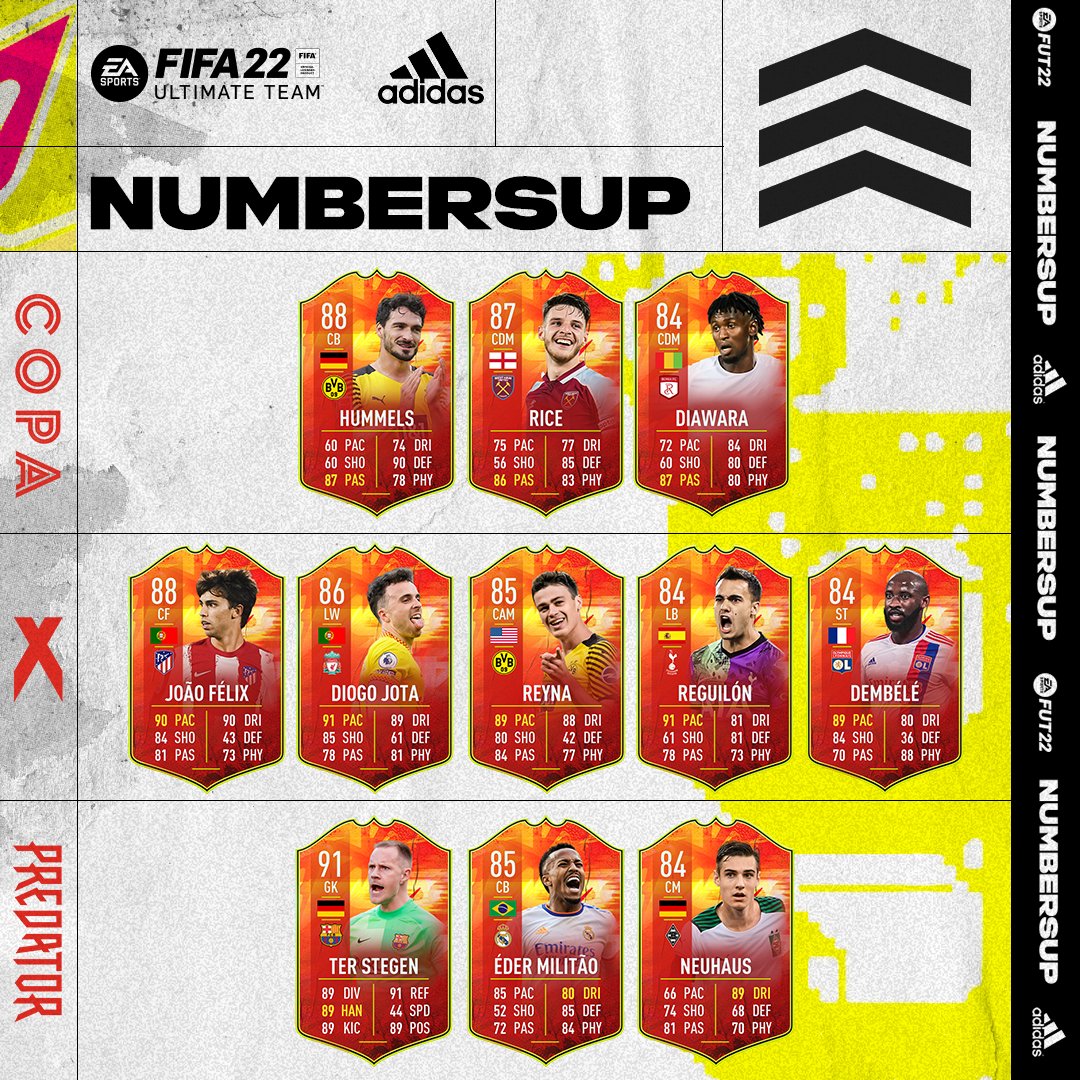 These players will be in packs until Friday, November 19th!

In the SBC section of FIFA 22 Ultimate Team you will find some themed challenges such as ‘Three Stripes‘ or ‘Impossible is Nothing’.

One themed SBC that you won’t be able to miss is the Adidas Predator Numbers Up Marco Asensio SBC. You can unlock the upgradable 85-rated card for nearly 44k coins on PlayStation, 48k on Xbox and 47k on PC. You can find all the SBC details and cheapest solutions on FUTBin.

Keeping it with the theme, EA Sports also released a Flashback Álvaro Morata SBC celebrating his great performance at Real Madrid in the Adidas X16/X17 during 16/17 season.

🆕 The Adidas Numbersup is here! ⏫

For those who like to complete objectives in FIFA 22, the Adidas X Numbers Up Steven Bergwijn Objective is now available! You can get the upgradable 84-rated card in your club by fulfilling the next in-game tasks:

This objective will expire on Friday, November 19th!

The road to 9️⃣9️⃣ continues, @EASPORTSFIFA. 📈