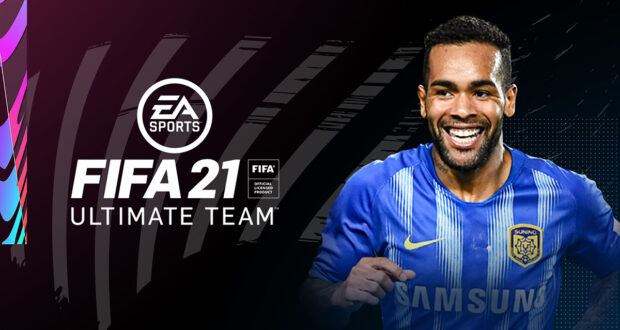 Sourcing the best-overpowered players for your FIFA 21 squad can improve your team enormously. Last season we saw the likes of Bruno Fernandes and Serge Gnabry for pocket change dominate the high rated players in-game. Check out who we’ve got our eye on for this year for delivering at a low cost. 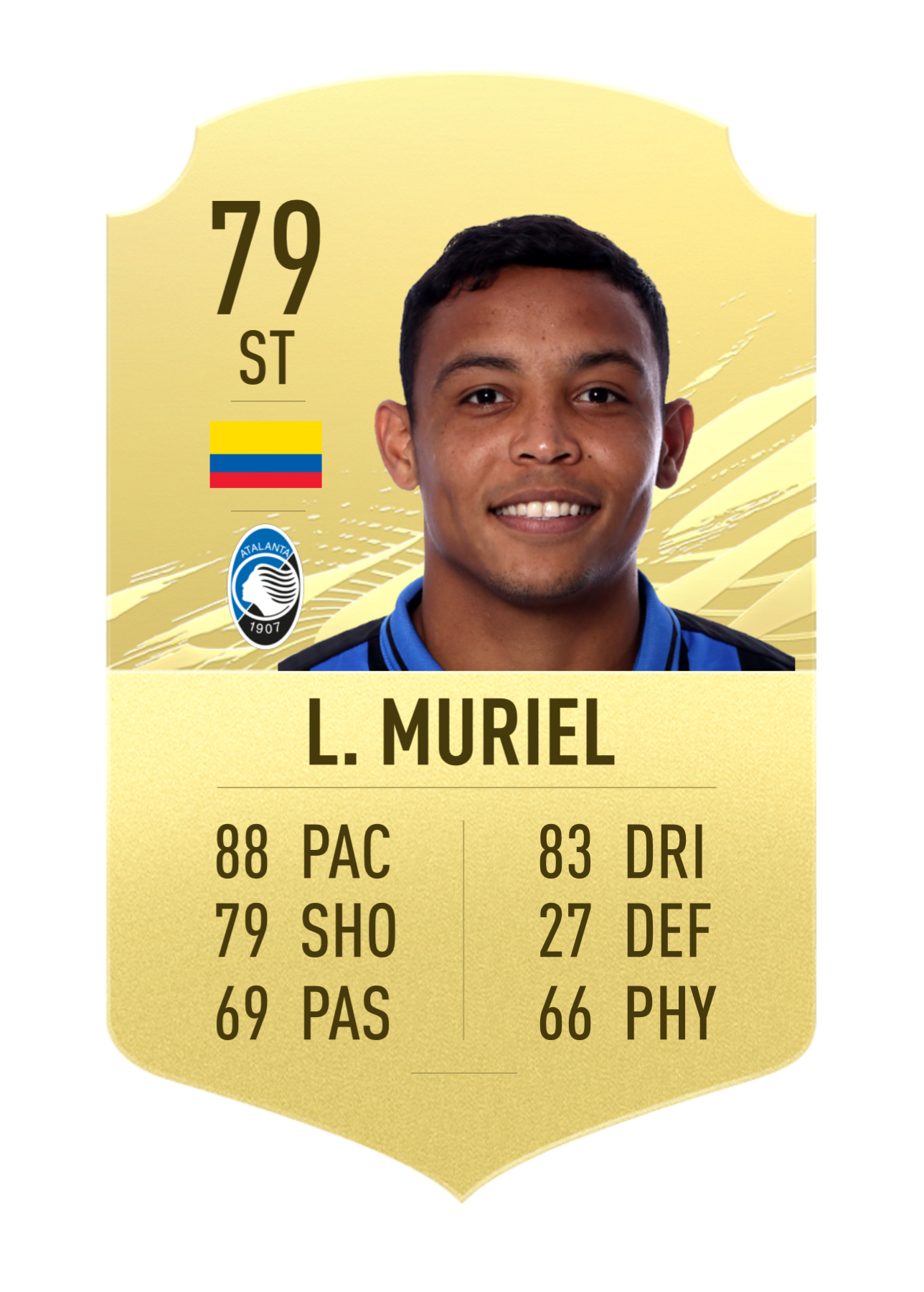 Muriel is incredibly OP with his  88 pace and 83 dribbling both of which see him take defenders out of the game.

His shooting is only 79 even though he had a great season last year netting 18 goals. Boost his finishing by applying a deadeye chemistry style on his card. He could be a better Serie A option for the striker position than more expensive cards such as Immobile. 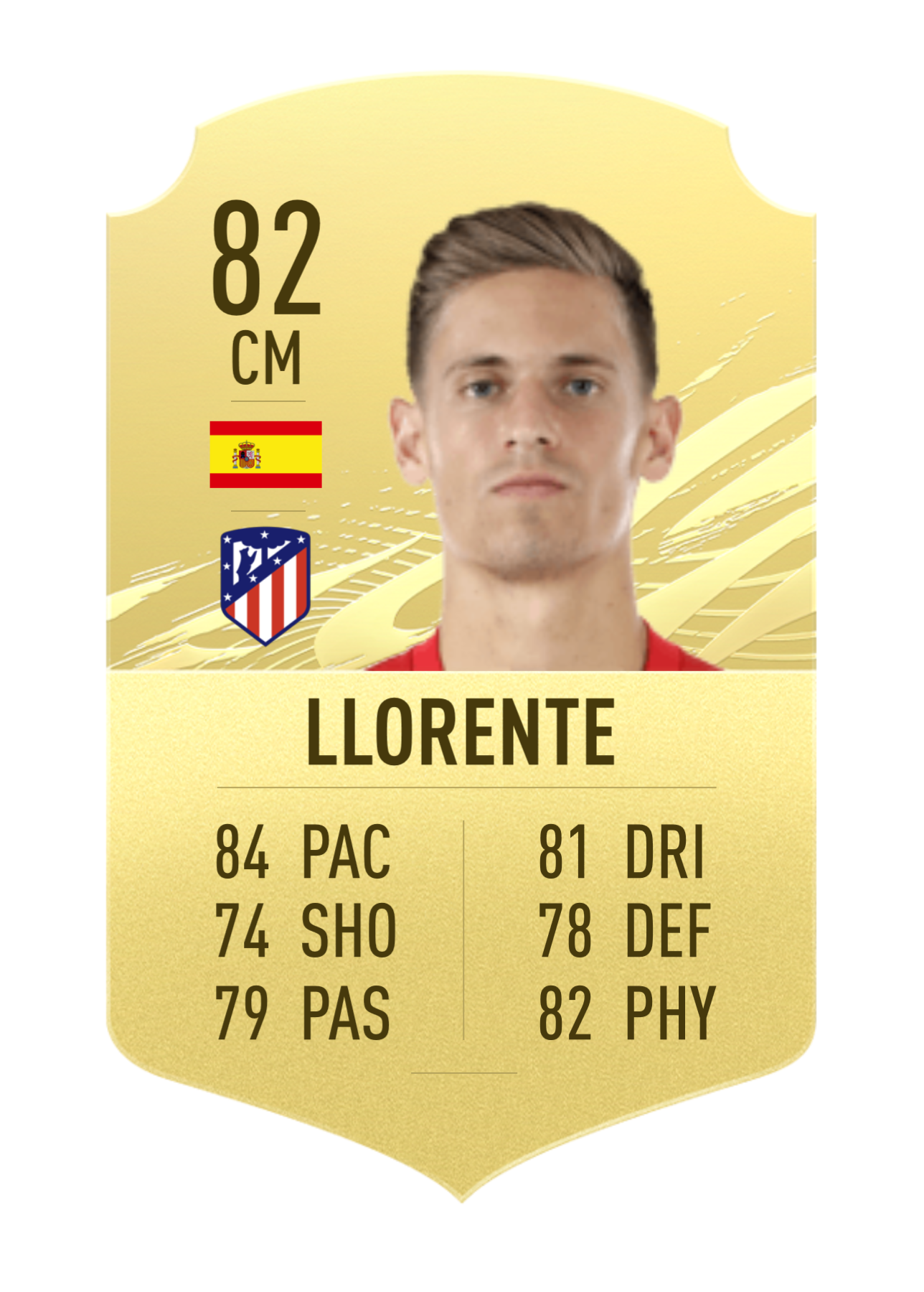 Llorente is a classic central midfielder with a great eye for positioning himself well around the field. He is fast and with a stamina rating of 86, he isn’t going to tire easily.

Combined that with a decent dribbling OVR of 81 he’s going to create lots of openings for your strikers. Players with experience of betting on football will know that he’s not shy of scoring either having netted three goals in La Liga after only seven games. He might not be the bookies top pick with Lionel Messi a short 11/10 (2.25) to finish the highest goal scorer, but he’s  definitely one to consider sitting in the midfield of your FUT. 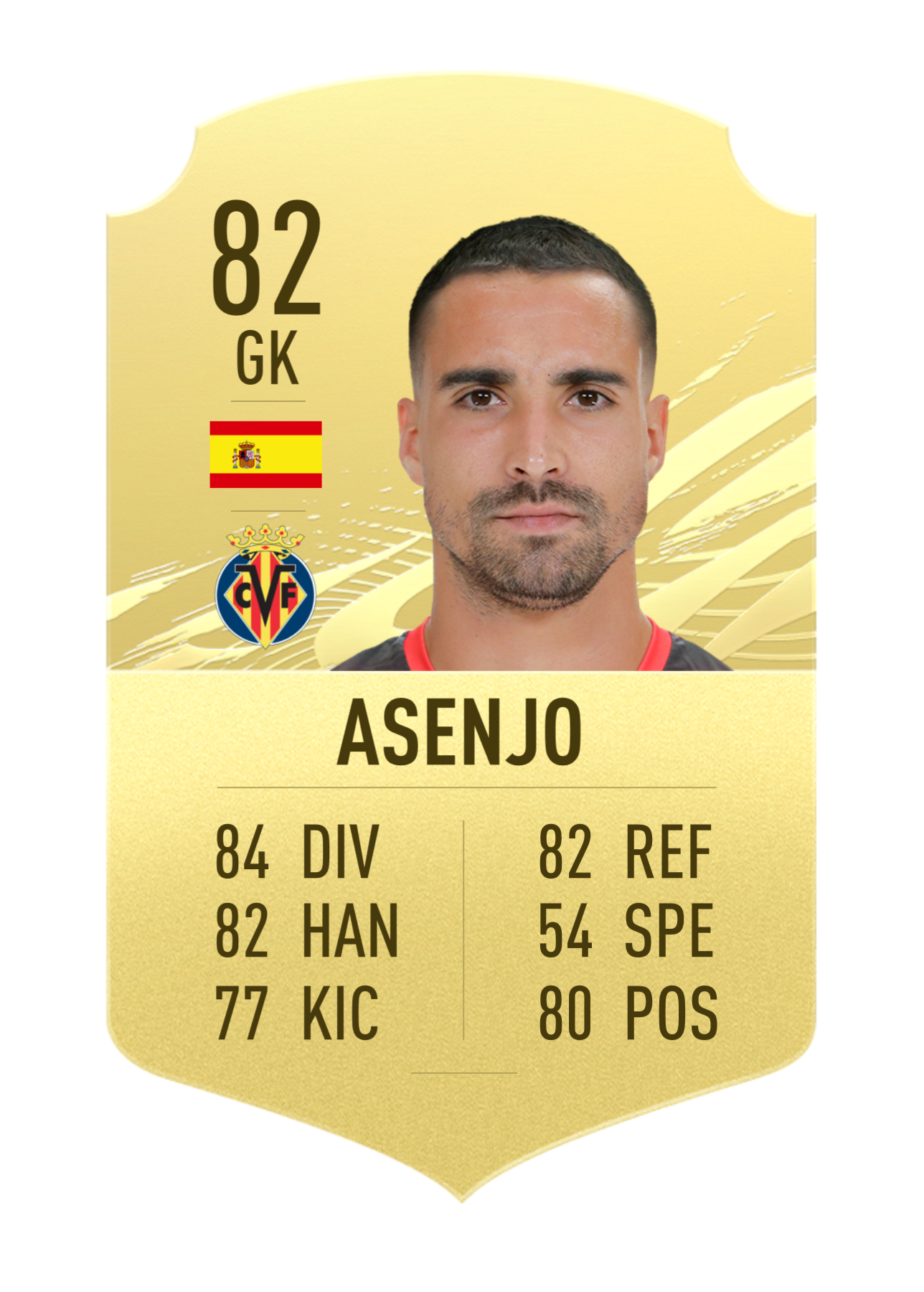 Villareal keeper Asenjo impresses with his diving, handling, and positioning stats. All add up to him being an incredible shot-stopper in the game. He’s not as solid when coming off his line but there are plenty of styles that don’t involve a keeper using his feet too often. 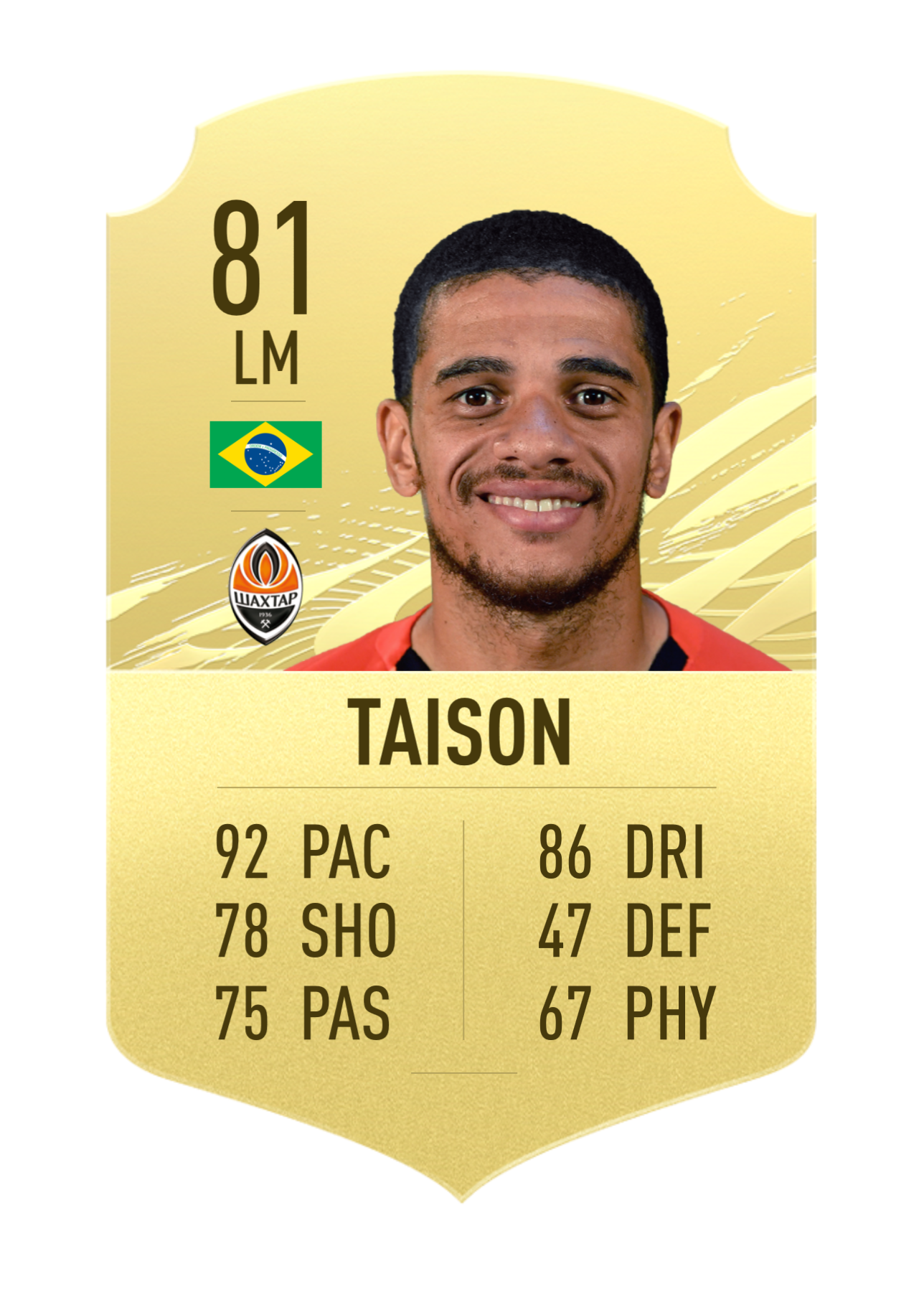 This guy’s pace is phenomenal and feels like a cheat in FIFA 21. But that’s not the only stat that catches our eye. He is only just one of the top 20 dribblers in the game with 86 dribbling in-game. Speed and agility on the wing can provide excellent scoring opportunities for your forwards. Applying the right chemistry style could enhance other attributes like shooting or passing and you could get yourself an amazing left midfielder / winger. 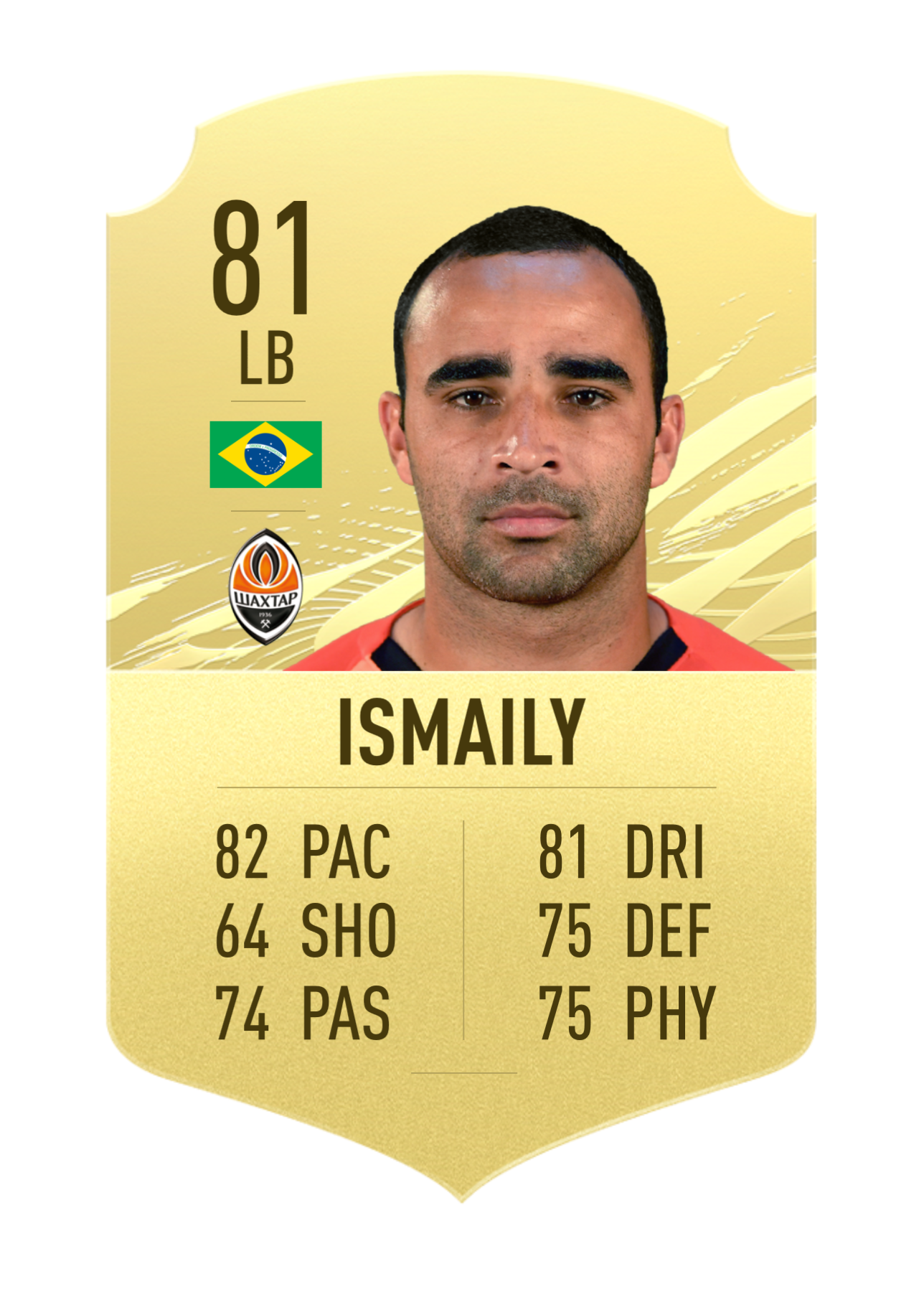 Ismaily will make a perfect hyperlink in FUT 21 with the previous player Taison as they both share the same nationality and team. Any experienced FUT player knows that speed and stamina are the amongst the top player traits for a LB, and Ismaily offers both. His acceleration down the wing is matched by his crossing ability. Go for a sentinel chemistry style on his card and boost his stats even more. 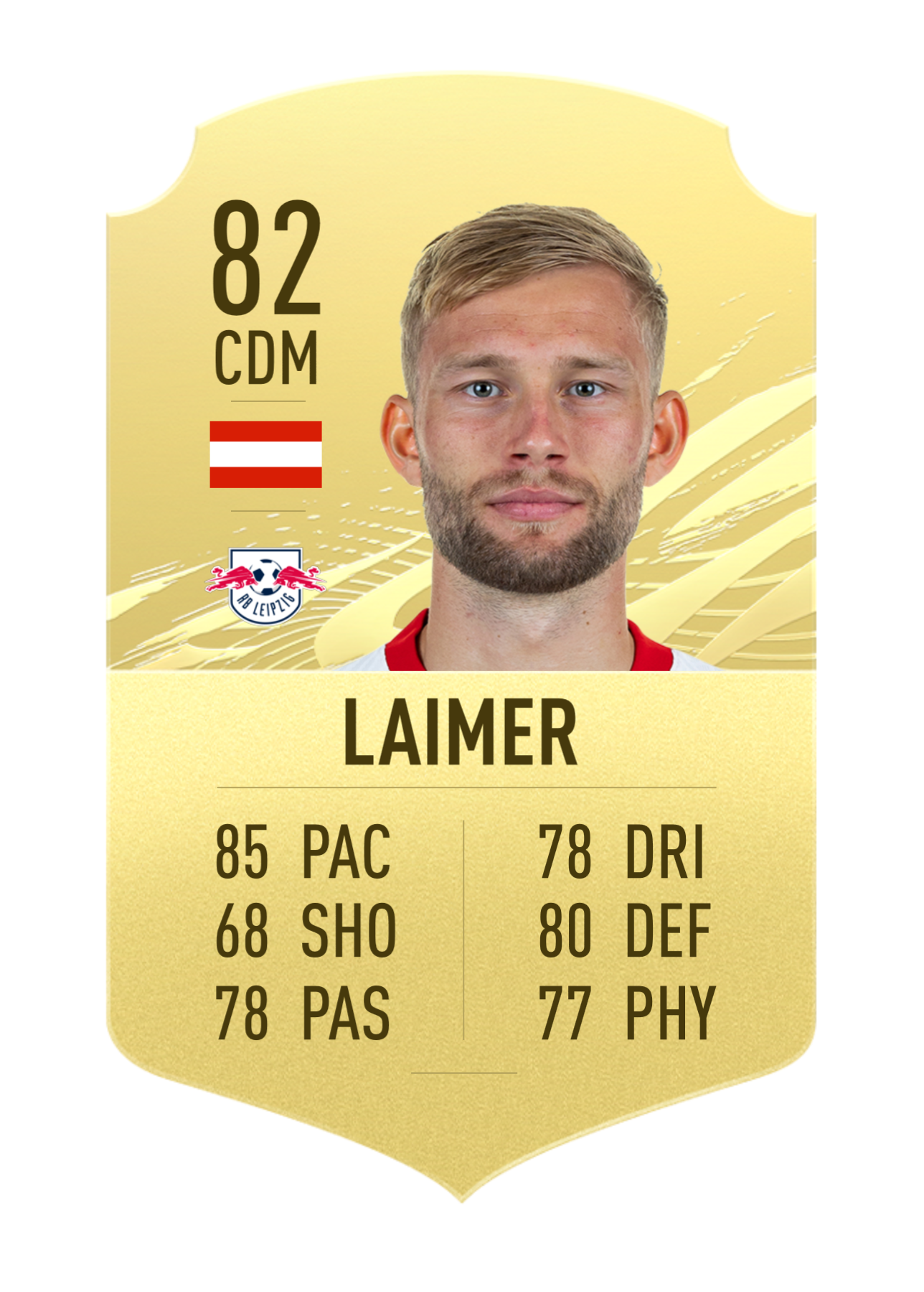 A pacey CDM can hold your midfield together. Laimer is excellent defensively and with his 84 interception attribute he can recover the ball from your opposition in no time. His aggression to get the ball back and the 89 stamina will give your side a real engine in the midfield.

Apply the artist chemistry style to his card to increase the long passing by 15 to and vision by 10 for a quick breakaway. 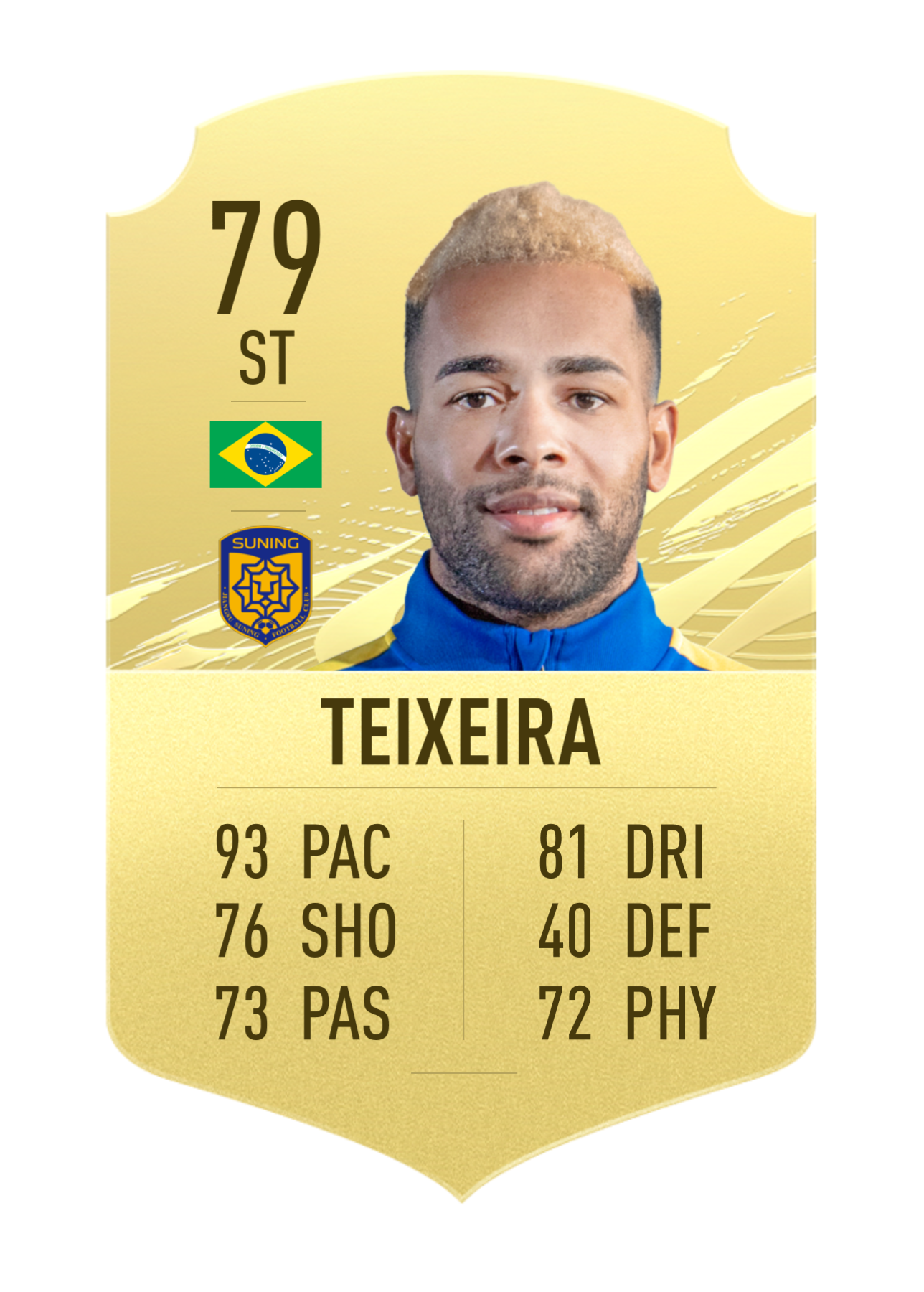 Giving Teixeira even a basic chemistry update increases his sprint speed to 97 and agility to 96. He is underused in the game likely due to his choice of league but trust us that he simply amazing in-game.

His pace is already OP so apply a finisher chemistry style to his card to bring his finishing to a whopping 92 and see his dribbling increase by 15 to take it to 95. With pace, style and finishing ability, this card could be the steal of the year at only around 1,000 coins. 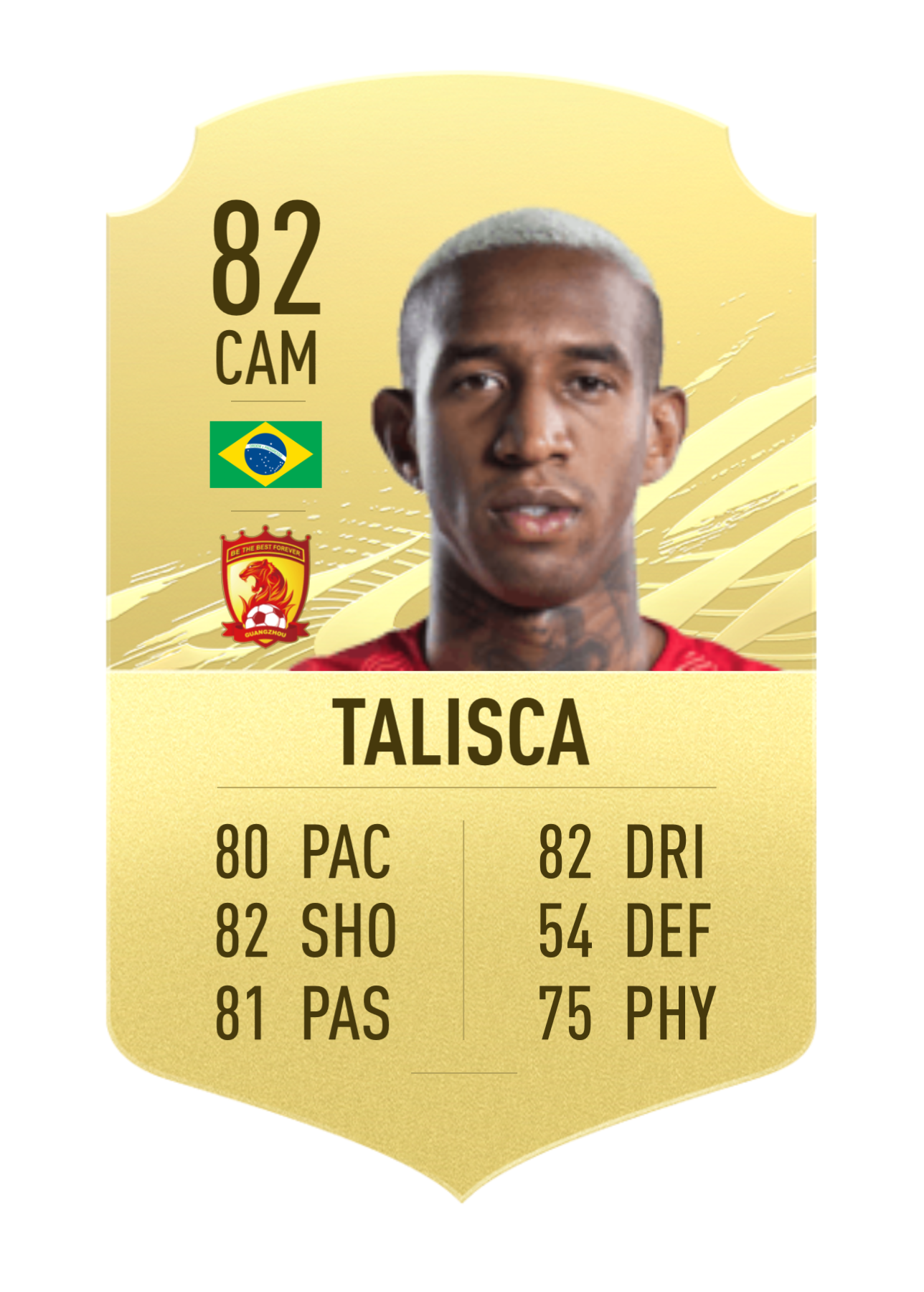 Talisca is massively OP at well under 1,000 coins on open bid. With hist height and attributes he is the perfect CAM for your team and you easily link him with Alex Teixeira. His agility and passing accuracy means he gets the ball out of his feet quickly avoiding those annoying tackles. His positioning is top rate and with the maestro, chemistry style applied you can increase his freekick accuracy to 97! He will certainly add some attacking prowess to any FUT squad. 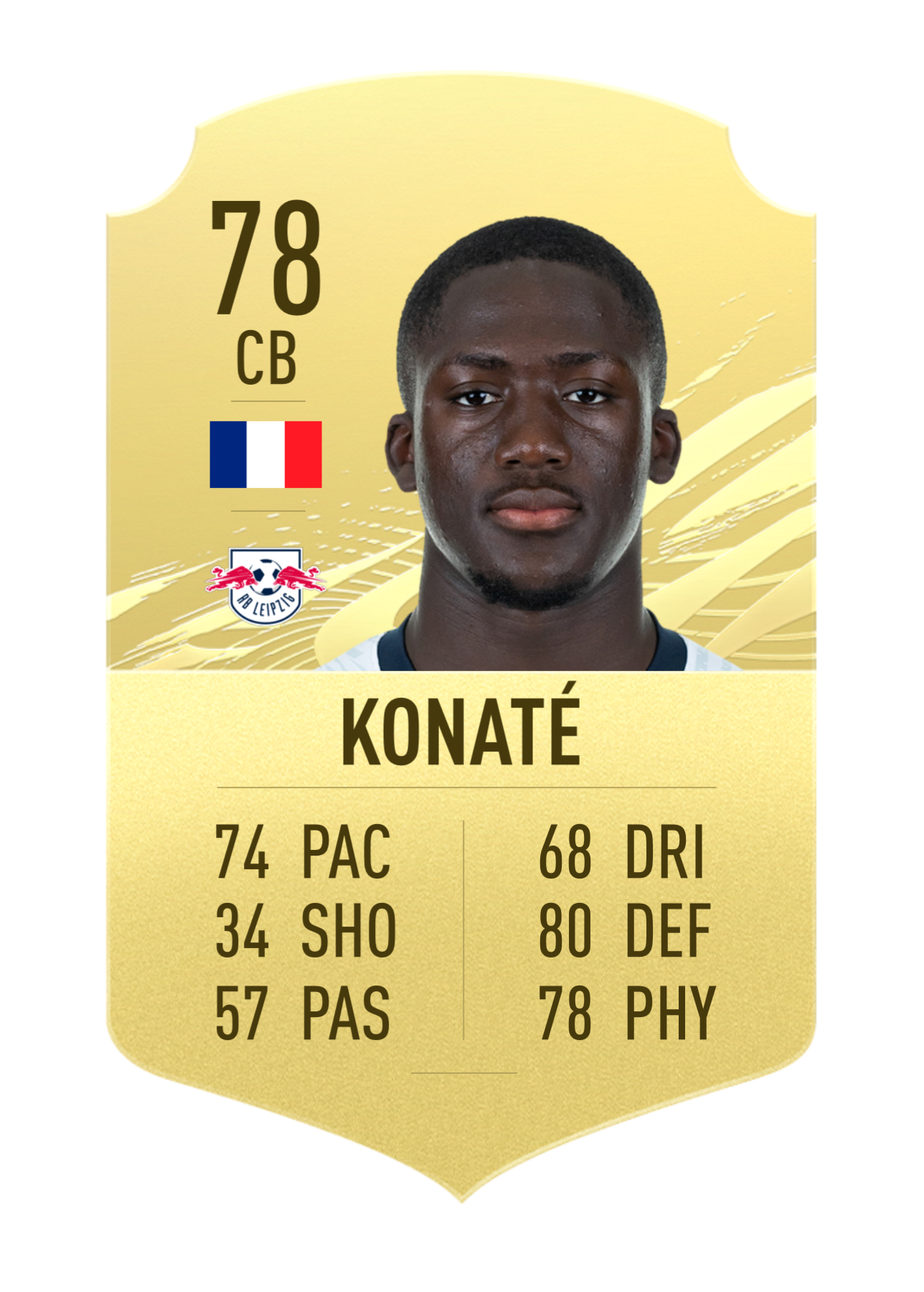 While FUT 21 has its fair share of pacey defenders, the ones that are able to stand their ground are often overlooked. Although only 78 rated, Konate can frustrate even the best forwards by being in the right place at the right time.

Adding the gladiator chemistry style will increase both his standing and sliding tackle to 95 and 94 respectively. With those stats, you wouldn’t want to be coming up against him as an opponent. 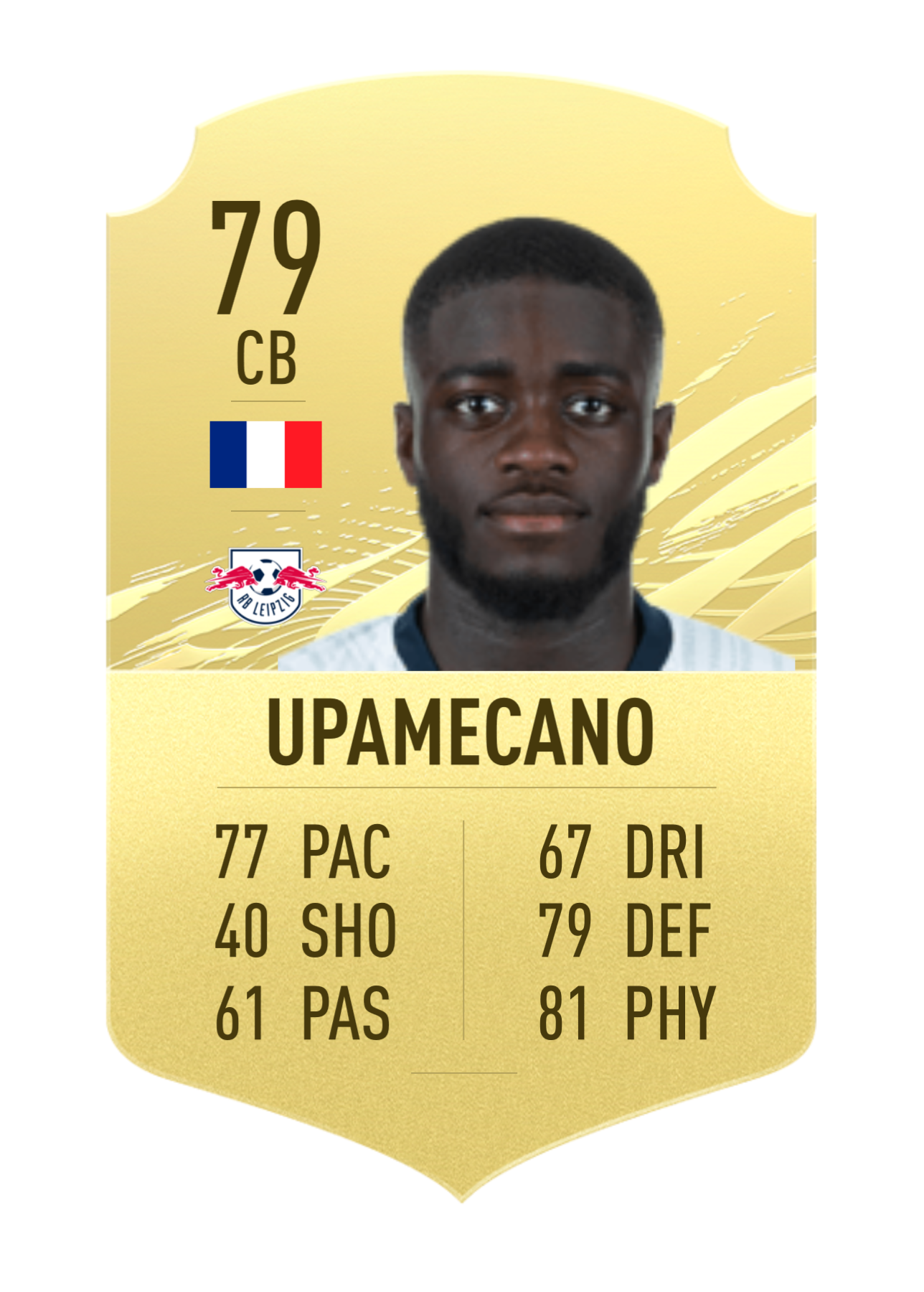 This powerhouse is not only strong but has excellent jumping ability of 88 and a sprint speed of 84 and he has a hyperlink with his fellow countryman Konate. He is criminally OP in FIFA 21. He has raised plenty of eyebrows and questions are being asked on whether the youngster might just be the world’s best young defender, so we’re surprised he’s so cheap.

If you want to increase his stats even more – the shadow chemistry style increases his sprint speed and standing tackle to 94, so if a forward does sneak by – there’s every chance Upamecano will catch them.

And that wraps out our selection of cheap and overpowered players in FIFA 21 Ultimate Team. Please note that the prices of these players might change in the future. Do you have other recommendations of cheap and meta FUT 21 players? If you do then let us know in the comment box below.