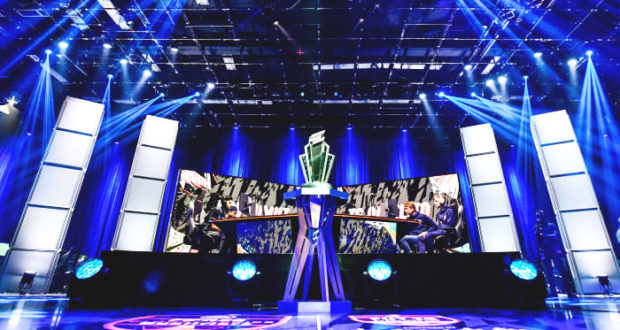 The coronavirus pandemic has turned the sporting world on its head in 2020. We have seen almost every country in the world affected in some way from a sporting point of view, with leagues, events and worldwide competitions all being cancelled, suspended or voided.

In a bid to find something to be entertained by, many people have turned to eSports to provide their sporting fix. It is fair to say that eSports as a whole have gained a lot of interest during the pandemic.

One game in particular is still finding its feet as an eSport and that is FIFA 20. However, with football being cancelled we have seen a lot of interest in the game, with clubs playing matches against each other.

Can this be the push that FIFA 20 needs to thrive as an eSport in the future?

There is no greater exposure for a football game than real-life football teams playing it and encouraging their fans to do the same.

We have seen a number of teams create tournaments to keep their fans entertained during the period without football, and that has given FIFA 20 a huge boost.

The success of an eSport depends on two different things. The first is the gameplay, something that FIFA has never lacked, so this is no problem.

The second is an audience of people who are willing to watch others play the game online. This is exactly what we are seeing happen now.

By having big clubs from all over the world and star players involved, this is of course being helped like it never has before. However, the fact remains that at this moment, people are more than happy to log on and watch others play FIFA 20.

Will FIFA 20 Betting Ever Become Popular?

If you look at some of the biggest eSports in the world, they all have strong links to betting. There are many people who watch and bet on games such as Dota2, League of Legends and CS:GO.

Will betting on FIFA 20, or any new version of the game in the future, ever be as popular as that?

If the game jumps into the big league when it comes to eSports then it certainly could. It is a game we all recognise and understand which will certainly help punters get to grips with it and bookmakers would be more than happy to add it to their list of eSports betting opportunities.

Thebookiesoffers.co.uk lists all the available bonus offers for eSports, and in the future we could see specific offers for FIFA added to that list.

What Does the Future Hold for eSports in General?

While the Coronavirus pandemic has been devastating for many sports around the world, eSports has managed to escape most of the cancellations.

There have been many new events created too, using the advantage that eSports have whereby the competitors don’t need to be together and can stay at home.

With no other competition out there, it has given eSports the chance to win over some new fans. There will be people tuning in and maybe even betting on these events during this time that have never watched before.

The key to the future is keeping these people interested. Of course, some will go back to the sports they came from but can any be kept?

There is a growing market out there for eSports and if the industry can keep a hold of some of the new fans that have come on board, it could provide a timely boost.