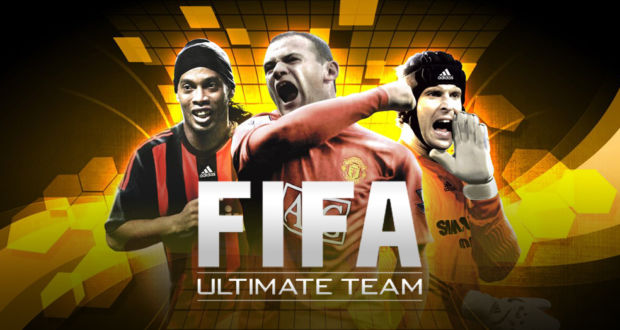 From Card Design to Building a Squad: A Brief History of FIFA Ultimate Team

If there is one thing that has kept players returning to FIFA again and again over the past decade, it’s their addictive FIFA Ultimate Team (FUT) feature, which in many ways is the standout feature of the franchise.

Not everyone who plays the FIFA games actually engages with FUT, but those who do quickly find themselves engrossed.

So what is FUT? If you’re a beginner, the system might seem confusing, but once you get to grips with the basics you’ll be firmly on your way to building a star squad and taking on the best of the best in the online matches. Here’s everything you need to know about becoming a FIFA Ultimate Team pro.

The FUT mode of gameplay within FIFA was first introduced all the way in 2007 in EA Sport’s UEFA Champion’s League ’06-07. For the first time, it allowed players to assemble their own dream team of players from scratch for use in both offline and online gameplay. Since the team consists of real-life league players, all of which have varying levels of ability and skill, FUT has attracted plenty of debate over the skill rankings of different players over its history.

FIFA’s stroke of genius was to basically digitize the decades-old practice of collecting football player cards. However, the feature has advanced a lot in the years since it was first released, incorporating contemporary features of football management, from social media marketing to fending off rival managers. The management features are now incredibly detailed and there’s a lot of factors to pay attention to when building a winning team.

Managers need to ensure their pack of players are trained, disciplined, and coordinated in order to win. Player packs and individual players can now be downloaded via the FIFA website or in game. In one of the most significant upgrades to FUT, managers can now access and build their team prior to the release of the next game, which can be imported into it upon release.

The Legacy of FIFA Coin

The most important asset in your FUT journey is your coin. FIFA made the distinction early on of separating its in-game currency from real-world currency, a move that countless other games have since copied. FIFA Coin is frequently compared to a version of Bitcoin, an arguably better-known digital currency. Virtual coins and gaming go hand in hand, and this is no exception.

Take the world of casino gaming, for example. Many game operators have been moving towards virtual currencies, with hundreds of millions of dollars planned to be spent to open the world’s first cryptocurrency casino in Macau – a floating building which would be the size of the MGM Grand in Las Vegas. FIFA Coin as much the same thing, the difference being that players don’t spend any money to acquire the virtual currency. It can only be acquired by winning games with their current team. This means that to buy better players, they need to use they own skills to win matches and earn coins. The more coins players earn, the better their team can be.

How to Build a Star Squad

There are a number of ways to build a team and rise to the top of the league. Coins are awarded for in-game performance against both real and offline teams. They are awarded based on goals scored, games won, and the number of times players manage to prevent their opponent from scoring. They can even lose a match and still win more coins than their opponent, based on these other metrics.

Managers can also fast-track their way to buying better players thanks to a feature known as FIFA Points. This allows players to use their own money to buy as many coins as needed, much in the same way that people use real money to invest in cryptocurrencies like bitcoin.

FIFA Points can be quite expensive, with packages ranging from $10 for 1000 points and $100 for 12,000. Users can also buy and sell their players with other gamers to increase their bank balance. Another way to win is for managers to use their own money to buy so-called ‘gold’ players, who represent the star players in the business right now.

One of the most fiercely followed aspects of FUT is the card design, which changes with each new installment in the series. The cards underwent a complete design overhaul for the release of FIFA ’17 which revisited the look and coloring of the cards.

These days players can design their own FUT cards using a number of digital platforms, where you can assign your own skill levels to your players and build a bespoke team. There are a number of factors which go into a player’s overall score, but defense, passing, and dribble are the most important elements.

FUT is one of FIFA’s most creative and enduring features. Follow this guide to ensure you excel at it and become a top-ranked player.