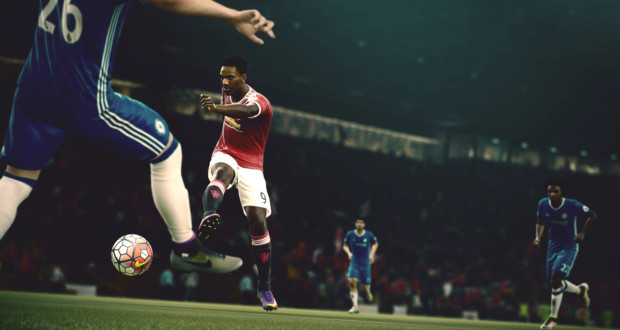 Scripting: Does EA make matches even?

It would be quite convenient if FUT contained some sort of match leveling mechanism, which either handicaps the better team or shifts the momentum around in order to keep both players in the race. After all, most of us have lost matches which we without a question should have won, right?

But, as I will show you now, there is undeniable evidence against that idea that FIFA matches are made more even than they ought to be du to the game’s deliberate use of ELO matchmaking.

What is an even match?

It goes without saying that an even match is a match where both players stand a fair chance. Ultimately, the degree of parity comes down to the score line. Hence, it’s difficult to argue that matches are being made even unless it has a direct impact on the result.

To explain the principle, I will narrow the scope to talk about draws for a second.

The draw ratio in FUT equals the probability of the two players scoring the same number of goals.

The probability that two players score the same number of goals is first and foremost determined by the game’s overall goal ratio.

Obviously, the more goals players tend to score, the lower the probability of a draw. Low scoring sports like football (2.7 goals per match) have a draw ratio of 26 %, whereas handball has significantly fewer draws (8 %) due to its much higher goal ratio (57 goals per match).

Given these preconditions, the natural draw ratio for FUT is the probability that two teams will draw, given FUT’s overall goal ratio.

Let’s imagine that we have a sample of 10,000 FUT matches, all of them certified scripting free. In a simplified world, where there is no such thing as natural momentum, that sample will contain 36,900 goals, which are spread randomly across those 10,000 matches.

In reality, natural momentum is a thing. It increases the probability that someone, who already is winning by a large margin, will score even more goals, because he becomes more confident while his opponent perhaps gives up. Hence, natural momentum increases the probability of a non-equalizing goal, meaning that FUT’s natural draw ratio will be lower than what we would expect to see if the goal distribution was completely random.

But if the game on the other hand contains some kind of logic or bias aimed at making matches more even, equalizing goals will be more likely to happen than goals increasing an existing lead. In case there is such a reverse momentum feature in the game, we would expect to see more draws than if the goal distribution was completely random.

To work out what 10,000 matches would look like under natural circumstances, I created a simple simulation where I distributed 36,900 goals randomly across 10,000 matches and 20,000 players. Following that, I counted the number of draws and 1-goal victories.

If there was a handicap or reverse momentum feature in the game, FUT’s actual ratios of draws and narrow wins should be higher than the simulation. They are not.

In fact, FUT’s actual draw ratio and narrow win ratio fit well with the picture we would expect to see if everything was normal.

In conclusion, there are no traces of anyone making any effort to make matches more even than they normally should be.

This obviously doesn’t mean that the game isn’t full of all sorts of frustrating annoyances such as a keeper forgetting how to use his hands, defenders tackling each other, strikers missing open chances and so on. But based on the findings above, we can rule out that these events are put in on purpose with the intention of making the match more even.

An avid FIFA player since 1999. Independent blogger at futfacts.com.