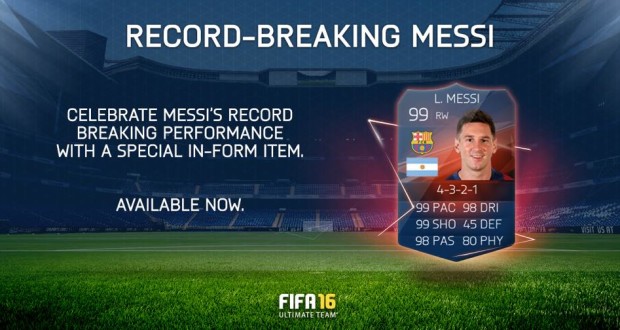 These IFs are available in packs from 20th January – 27th January. You can view the team more detailed at FUTHead or FUTWiz. 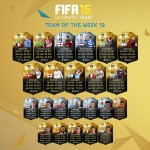 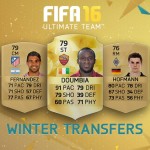 EA Sports are doing an excellent job this year by regularly updating the price ranges in FIFA 16 and you can check the latest updates at this page.

The Winter Upgrades are coming to FUT 16 and EA Sports wants your suggestions on who to upgrade by filling up this form. The team behind FUT will review the suggestions on January 27th and the upgrades will be revealed, most probably, early February. 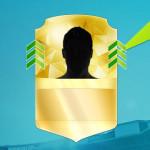 Even though TOTY players are out of packs, mobile players can still pack this Record-Breaking Messi who has the same stats as the TOTY card: 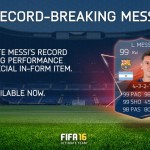 For this week’s “Ones To Watch”, in FIFA Mobile, we have Griezmann, Cech and Morata. If their teams win this weekend they will receive a boost in their stats! 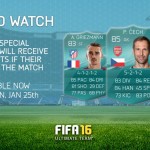 Ultimate Team features three tournaments this week, two for console/pc players and one for mobile players:

Nothing But The Best

Requirements: 5 players from BVB and 5 player from B. Mönchengladbach in the Starting XI
Rewards: OFFLINE – 6,000 COINS
Offline Difficulty: Professional 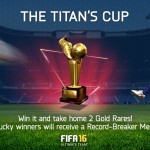 Last but not least, the official GOTW 14 is out featuring some amazing goals from Lewandowski, Reus or Messi:

Thank you for checking this week’s news and we’ll see you next week with more news regarding FIFA 16.