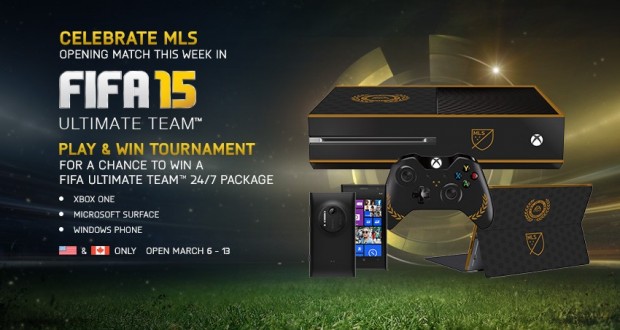 A new update was released this week for the FIFA Ultimate Team 15 mobile game which introduced the following:

Remember that you can get FIFA Ultimate Team 15 for free on your mobile!

There are lots of great IN-Forms and Second IN-Forms in packs this week for you to find:

These in-form players will be available in packs from 4th March 6:00PM – 5:30PM 11th March. You can view the team in the Web App or more detailed at FUTHead or FUTWiz.

Immobile, Salah and Terry are the latest players to get the MOTM cards in FUT 15:

MLS is about to kick-off the 2015 season! To celebrate, EA Sports have launched a special MLS Opening Match tournament in Ultimate Team 15:

If you’re from US or Canada and win the tournament (offline or online) you will enter in a special Sweepstakes that may get you the next prizes:

Not many FIFA 15 articles and guides have been published this week but we’ve managed to find a few that are worth to be checked:

– Harry Kane is not happy about his FIFA 15 rating

If you don’t know how to the custom tactics work, this video tutorial will explain it to you:

The official GOTW #13 is a must see because it features some ridiculous goals:

EA Sports is giving you the chance to win one of the seven signed BPL jerseys plus a BPL FUT item of your choice! To enter please go here. The giveaway is available only to residents of USA, Canada (Ex. QC), UK, France and Germany.