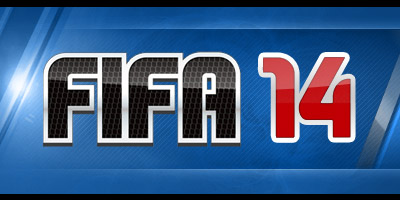 I know it’s pretty soon to talk about FIFA 14 but we already have the first details regarding the future FIFA title.

“We see a bright light at the end of the tunnel. For EA, digital remains a winner, and our investments are generating strong growth. We’re also investing in Gen4 console technologies and content. We’ve signalled that we’re working on the next editions of our two biggest franchises in Battlefield and FIFA.”

So as you can see, EA Sports is busy on building the new gen FIFA for the future PS4 (Orbis) and Xbox 720 (Durango) consoles.
Source: VideoGamer

Also there are rumors that Sony plans to reveal their new PS console next Wednesday at their Sony PlayStation Meeting. If they do reveal it, then it won’t take long until Microsoft presents their new Xbox console. The main question is when will they release their new consoles on the market? And will the consoles release dates be compatible with the release dates of the most popular games like FIFA or C.O.D? As you all know FIFA gets released at the end of September or in the first days of October, so if the new consoles will get released after those dates, then the next FIFA that will run on new gen features will be FIFA 15! These are only speculations of course and only time will tell what Sony, Microsoft and EA decide to do.

Anyway, as I was searching for FIFA 14 news I stumbled upon some very interesting pictures of the new and free mmo game, FIFA Online 3. This new online game is similar to the FIFA Online game that was closed back in 2011. The new Online 3 version works on the same engine of FIFA 13 and is currently in beta testing. Bellow I attached some pics from the new mmo and I’d like you to pay attention to the game cover where Messi is featured in very realistic graphics, never ever seen before in any FIFA versions. The graphics from the game cover aren’t even close to the graphics from FIFA Online 3 game so this makes you realize that either the pic was taken from a whole new game (maybe from an early beta stage of the new gen FIFA) or it’s just a custom cover made by EA with some awesome 3D modelling and rendering skills just to promote their new game. Decide by yourself:

For a game that is identical to FIFA 13 there are some pretty interesting game addons in the screens bellow (new menu style, new popups,new game options,etc). Maybe we will see them in FIFA 14 too?

Another interesting pic from FO3 where you can clearly see a new stadium lighting system:

Also bellow you can see some new type of game cards and you can see that Cristiano Ronaldo’s face is slightly improved from the FIFA 13 version, while Ibrahimovic and Fernando Torres have their FIFA 13 faces.

Talking about faces, last week EA paid a visit to Olympiqye Marseille players at their training center for a new face capture session for FIFA 14. Bellow you can view the pics and the video from the venue:

The players that were present at the photo session: Valbuena, Romao, Samba, Sougou, Cheyrou, Barton, Abdullah, Mandanda, Jordan Ayew, Kadir, Morel and Abdallah. So you can expect their faces to be available in FIFA 14!
Source: lephoceen & FGB

Another team that will have more players with real faces is Tottenham! Back in 2012 when Tottenham had their USA tour, EA captured faces for all players of the team at that time but didn’t managed to introduce all of them in FIFA 13. Bellow you can see all the players that were present at that photo session:

The last thing we have for you is the official FIFA 14 logo. The pic bellow was taken from a promo video released in 2011 by EA featuring the FIFA 14 logo as you can see it bellow:

That’s all lads. Remember to submit your FIFA 14 suggestions and ideas here!