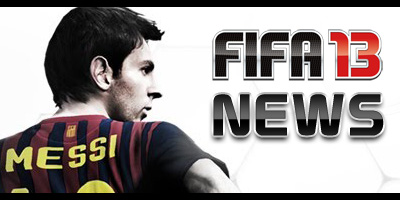 Here we are with the latest FIFA 13 news:

Most of the FIFA players are having problems with the latest glitch called the “InvisiBall”. Until EA will releases a fix for it follow the next steps to resolve the issue: Go to Customise FIFA > Settings > Game Settings and then change your ball to anything but default!

EA just launched a new series called ” The Boot Room ” at EAVision where Match magazine’s Darren Cross and Matt Cuttle will discuss tips and tricks for FIFA 13! In the first episode Darren and Matt talk about Complete Dribbling:

TOTW 7 is out on FUT13 so go and pick up these in-form players from 6PM GMT on 31st October – 7th November. You can view this team in-game *right now* and in the FUT Web App.

And for the FIFA Superstars users the SOTW 8 is also out featuring the next players:

As usual here are the best FIFA 13 related articles of the week:

– EA wants its peers to be Apple, Google, Facebook, not Take-Two, Activision and Ubisoft (EuroGamer)

Finally here are the Goals of the Week (Round 4) from EA Sports: