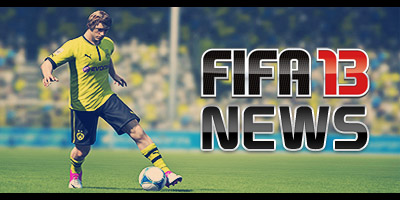 Be sure to check this week’s FIFA 13 News!

The FIFA 13 mobile app, EA Sports Football Club, just got updated to v.1.5.26 for iOS users! Here are the new features that came with the update:

View and Manage your SQUAD:
– Optimize Chemistry
– Change formations
– Add or swap players from your Club
– Copy, create, rename, and delete your squads

In case you don’t have the EASFC app yet be sure to get it from here! It’s FREE! The Android users will get the app update later this month!

We know that FUT players are experiencing problems with the Trade Pile and we would like you to know that EA are working on fixing the issue:

“We are still working on resolving this issue and are one step closer to a solution. Some FIFA gamers may see their team players in their Trade Pile. However, please give your trade pile up to 3 hours to appear. Thank you for your patience while we resolve this issue as quickly as possible.”

Steps for re-listing your trade can be found here. This has been known to fix the issue!

Other issues that got fixed this week in Ultimate Team 13:

Team of the Week 25 was released this Wednesday featuring the next IN-Form players:

These IN-Form players will be available in packs from 6PM GMT on 6th March – 13th March.

You want to win 1 Million FUT Coins or 4 VIP Tickets to the Manchester Derby? Then this is your chance! Win a FUT match between March 8-10 and you will be automatically entered into the contest! FUT matches include the introductory match, seasons, tournaments, challenges, and any online or offline mode. There is only one entry per household!

EA SPORTS sat down with Socceroo and NY Red Bull, Tim Cahill, to find out which players would make his Ultimate 11. What do you think about his squad?

Lionel Messi’s new Adidas F50 Adizero boots are now available in FIFA 13! Console users can get them from the EASFC Catalogue!

Goals of the Week 18 thanks to EASports:

More great FIFA 13 articles that deserve to be checked out:

– How to Earn Money with FIFA 13 Ultimate Team (FIFAUTeam)

And finally, with the Harlem Shake hype it was inevitable that will reach FIFA 13 too. Here is the FIFA 13 version of Harlem Shake thanks to awesomePCgams:

See you next week!