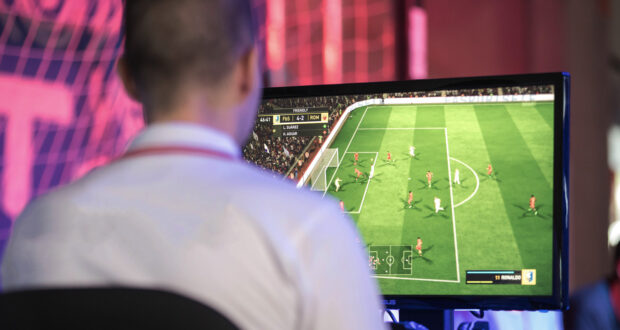 The Rise of FIFA in the eSports World

FIFA, the world’s most popular soccer video game, has seen a surge in popularity in the eSports world in recent years.

FIFA tournaments have been held since the early 2000s, but it was only in the past few years that they began to attract large audiences and prize pools. The FIFA Interactive World Cup, known as FIFAe World Cup for the last couple of seasons, organized by FIFA and EA Sports, is the biggest FIFA tournament in the world.

Due to its popularity, many betting companies have risen to introduce the eSports betting for FIFA games. For example, crypto bookmakers like Stake.com are providing great odds for the video game, and interesting enough, people have really embraced eSports betting. The game is widely wagered on and the tournaments are among the most bet on events in the world.

The rise of FIFA in eSports can be attributed to a number of factors. For starters, the game is easy to understand and follow for spectators, unlike many other eSports games which require knowledge of complex mechanics and strategies.

FIFA is currently one of the most popular video games in the world, and its competitive scene has been growing rapidly in recent years. This has led to increased interest from sponsors and tournament organizers, as well as more opportunities for professional gamers to make a living from their passion. The introduction of the FIFA Global Series ecosystem also gave a massive boost to the industry, attracting millions of players and viewers in recent years.

FIFA is using eSports to grow its brand and reach new audiences. By partnering with professional eSports organizations and players, FIFA is able to tap into a new market of potential customers. This strategy has already begun to pay off, as FIFA’s eSport events have seen a significant increase in viewership and prize money.

We are constantly working on improving, and we would love for you all to share your thoughts on the past and upcoming season 🙏

Oh! and did we mention there might be some prizes up for grabs? 👀

The future of eSports with FIFA at the helm

The future of eSports is looking very bright, with FIFA at the helm. This is a game that has a huge following all over the world, and it shows no signs of slowing down. With the recent introduction of competitions, such as FIFAe Club Series, FIFAe Nations Series and FIFA eWorld Cup, there is no doubt that this game is here to stay.

There are many reasons why FIFA is such a popular game. For one, it is extremely easy to pick up and play. Even if you have never played football before, you will quickly get to grips with the basic controls. Secondly, the game is extremely competitive. Whether you are playing against the computer or another human player, you will always be striving to win.

FIFA has seen a meteoric rise in the world of eSports, and it doesn’t look like it’s slowing down anytime soon.