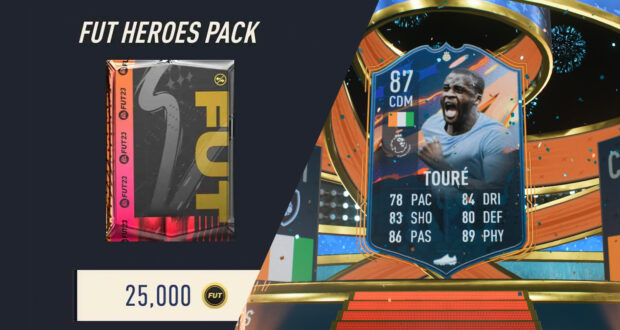 How EA might have Ruined the FUT Market in FIFA 23

Every day, FIFA Ultimate Team fans eagerly await 6 PM GMT, which is the standard time for the daily content drop. It is at that time when EA Sports add new objectives, squad building challenges, release special players in packs or add promo packs in the store. Except this time things didn’t go as planned.

October 8th, 2022 was no different than any other day. Some fans went on to play the game normally, some started to complete the new Player Moments Arnaut Danjuma SBC and some logged out of the game. However, a few noticed that EA has accidentally added a Tradable Heroes Pack in the store for just 25.000 coins or 500 FIFA Points.

This was definitely a mistake since the cheapest Hero on the market was still around 30.000 coins – hence guaranteeing a profit to anyone who can open the pack at that price tag. The news spread like wildfire and thousands of packs were opened within minutes.

What did EA do about it?

In typical EA fashion, they removed the packs from the store within 15 minutes of them going live – thereby creating a permanent separation in the FIFA community.

Within the 15 minutes, the Heroes market crashed. The market was flooded with Hero cards constantly undercutting one another. People who invested in Heroes lost a lot of coins as the result. On the other side, FUT Players with a surplus of FUT coins had the perfect opportunity to snatch the Heroes of their choice for bargain prices.

#PS5Share, #FIFA23 Managed to pull this from the fut hero pack on the store before it was taken down 😅 pic.twitter.com/uVoIeyX3Ec

To summarize, people who were active during those 15 minutes could open a tradable Heroes pack for just 25.000 coins – potentially packing players worth hundreds of thousands of coin – and also buy their favorite heroes for cheap as if it was a Black Friday sale, either to use them in their team or to hold the cards and sell them during the eventual rebound in their prices.

How did the FIFA Community react to the incident?

The players were furious at EA removing the packs within 15 minutes even though the packs were advertised to be in the store for 6 days. They rightfully pointed out that by sheer luck, some people stood to benefit from EA’s mess up while others are permanently at a disadvantage.

Some Reddit and Twitter users even accused EA of cleaning the Heroes market after removing the pack from the store whereas some defended EA on that matter.

Evidence of EA "cleaning up" the Hero market from FIFA

However, the FIFA community as a whole agreed that this was one of the, if not, the biggest mistake ever made by EA. They destroyed a market, gave an unfair advantage to a large chunk of the community and refused to comment on the entire situation.

Some fans even managed to understand how EA messed up! Twitter user @Fut_scoreboard discovered that EA Sports was supposed to release initially the Road To The Knockout Foundations Pack but EA overwrote the pack by mistake with the FUT Heroes Pack using the same ID. When the RTTK pack was supposed to go live, they mistakenly released the FUT Heroes pack instead.

Juste realized what happened yesterday. EA supposed to release the Road to the knockout foundations pack but on Friday they erroneously overwritten that pack with the Fut Heroes pack. Since they identifies the packs by ID and the ID stayed the same they released the wrong pack😂 pic.twitter.com/MDzPqAE4mK

On a lighter note, this incident may ensure that from now on, every FUT player will check the store page every day at 6 PM GMT.