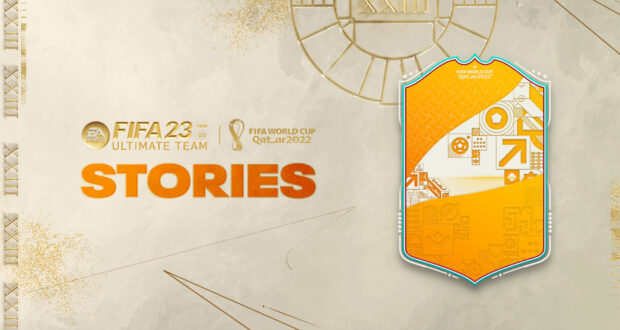 As the 2022 FIFA World Cup group stages are near the end and the knockout are about to begin, EA Sports has launched the third promo of the World Cup campaign in FIFA 23 Ultimate Team.

The promo celebrates players “who have written past and present FIFA World Cup headlines for their national teams.” as EA Sports stated on their social media pages.

In other words, this event will feature another collection of special players with boosted attributes that had a significant contribution for their national team during the current and past editions of the FIFA World Cup.

As mentioned above, this promo will introduce a new set of player items in FUT 23 featuring:

As you could notice, the highest rated card in this team belongs to Netherlands’ captain Virgil van Dijk. The Flying Dutchmen will face USA in the FIFA World Cup Round of 16 tomorrow. This will be a great opportunity to bet on your favourite at mybettingsite.uk.

As the Knockout Stages approach, it's time to celebrate the players who have written past and present FIFA World Cup headlines for their countries 😍🌎🙌

A mini release of this team will follow on Sunday, December 4th. These items will be available in packs until next Friday, December 9th.

To top it off, you will be able to get even more World Cup Stories players by completing SBCs and Objectives in FUT 23. For example, one of the themed Objectives feature Timothy Weah, son of the former football legend George Weah.

Here’s what you need to do in order to unlock the 86-rated card of Lille’s striker in FIFA 23 Ultimate Team:

This Objective will expire next Friday, December 9th.

Moreover, if you check the SBC section of FUT 23, you will find the next themed player squad building challenges:

You can expect more themed SBCs in the following week.

After the release of the first team last week, EA Sports dropped the second batch of World Cup Icons in FUT 23 and include the following players:

The second drop of FIFA World Cup ICONs is available now in #FUT in #FIFA23 pic.twitter.com/QFgLNbwvf1

Similar to Campaign Heroes, World Cup Icons will replace their Base & Mid version while available in packs. Some World Cup Icons may only be available as Player SBC or Objectives rewards such as Robin van Persie or Bastian Schweinsteiger.

The next World Cup promo will be called World Cup FUT Phenoms and will go live once the FIFA World Cup quarter finals kick off on December 9th.