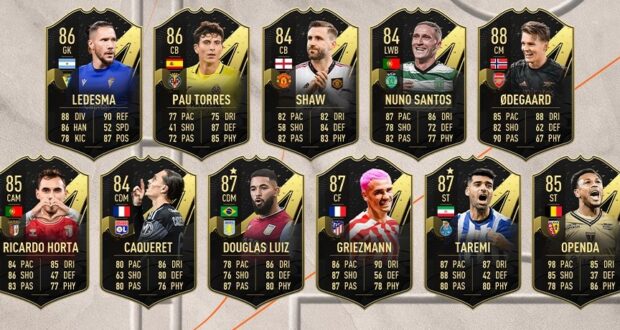 FIFA 23: Team Of The Week Returns

The TOTW resumes in FIFA 23 Ultimate Team following the domestic football league pause due to the FIFA World Cup in Qatar.

The return of TOTW also comes with a few changes according to EA Sports, “the In-Form Progression Path has been refreshed with larger upgrade sizes across various OVR ranges“. This means that future IN-Form upgrades will receive higher ratings than we were used to in the past.

Moreover, there will now be two Featured TOTW players per release and this week we have Aston Villa’s Douglas Luiz and Iranian striker Mehdi Taremi from FC Porto in the spotlight. Here’s the full list of players that made the cut for TOTW 10:

It's baaaack. Team of the Week 🔟 is here!

With the return of TOTW, the In-Form Progression Path has been refreshed with larger upgrade sizes across various OVR ranges. Additionally, there will now be two Featured TOTW Items per release.#FUT #FIFA23 pic.twitter.com/XCWBZnIKwy

These in-forms will be available in packs until next Wednesday, January 11th 2023.