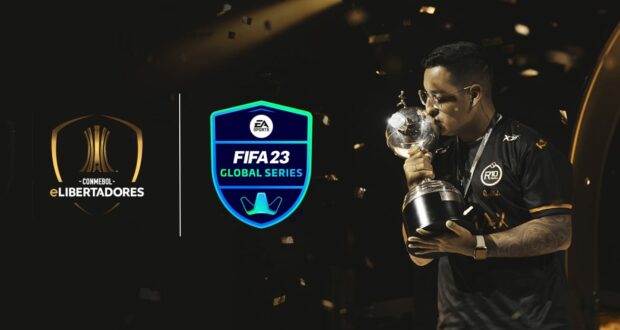 FGS 23 eLibertadores: Everything You Need To Know

The third edition of the eLibertadores has been announced with its largest final yet with increased participants and a tournament-record prize pool.

The previous edition of the tournament was won by Paulo “PHzin” Henrique from Brazil after defeating fellow colleague and countryman Matheus “mh7” Henrique 6 -1 in the final held in Asunción, Paraguay.

For this year’s edition, the organizers promise more fun and excitement as there will be more participants than the previous year. Below, you can check out all the details on how this competition will pan out.

Just like any other FGS competition, the eLibertadores 2023 will be played exclusively on PlayStation 5.

At the opening of registration, EA announced that there will be two qualifying rounds. The first phase of online qualifiers took place November 26 and 27 with an open bracket style tournament where the best 32 players qualified to Phase II of the competition.

The second round of online qualifiers occurred on December 3 and 4 in a Swiss format, followed by playoffs in a double elimination system, that is, with upper and lower brackets. At this stage the 32 players from Phase I were joined by Top 200 players from the FGS23 ranking and players competing for clubs competing in Copa Libertadores.

Following the last qualifier round, we now know the 16 finalists that will compete for the trophy:

Last year’s winner Paulo “PHzin” Henrique managed to secure his ticket for the face-to-face event along with the likes of Paulo Neto, Seba Luoni or Tom Gauna. Out of the 16 finalists, half of them are Brazilian, followed by five Argentinians, two Peruvians and one Chilean.

This type of eSports events are a great way to support your favourites and bet on them via online sports betting.

The grand final will be held in-person and broadcast live on Twitch and YouTube. Viewers can also expect themed FUT 23 Viewership Rewards that can be achieved by watching live eLibertadores matches. Additional tournament details will be shared next year.