Everything You Need To Know About FIFAe 2023

FIFA’s eSports pinnacle events are set to take place in Summer 2023 where will see the conclusion of FIFAe’s main competitions. After the success of the first-ever FIFAe Finals last summer, FIFA announced its return for this year as well where we will see more nations, clubs and players than ever before.

Players can qualify for the FIFAe Club World Cup 2023 as a team, represent their country at the FIFAe Nations Cup 2023 or compete against the world’s best individuals at the FIFAe World Cup 2023. Three champions will be crowned at the FIFAe Finals 2023 where there will be a prize pool of a record-breaking $1.2 million that will be shared with all participants over the course of the three pinnacle events.

Now, let’s take a quick look at how each of these tournaments will unfold.

3️⃣ Pinnacle events, #FeWC #FeCWC and #FeNC gathered in one spot once again

Read all about the new season and how to register 👉 https://t.co/PG1hItNwn0 pic.twitter.com/sxh8rasMJ6

As mentioned above, there are three official FIFAe tournaments that players can take part in and qualify for the FIFAe Finals 2023. The competitions are:

Additionally, the EA SPORTS Cup, will provide two more slots for teams to qualify for the FIFAe Finals 2023, for a total of 24 teams. The complete prize pool for this competition is set at $300,000.

Similar to the Club Series, the FIFAe Nations Series is dedicated to eSports National Teams. This tournament runs from December 2023 to March 2023 with the FIFAe Nations Play-Ins as the first stage of the competition. With the conclusion of this phase, the very best nations will qualify directly to the FIFAe Nations Playoffs, whereas the rest of the qualifiers will compete in the FIFAe Nations Online Qualifiers in April that will determine the last national teams to reserve their tickets at the Playoffs.

The top 23 nations from around the world will join the host nation qualified for the pinnacle event of this series: the FIFAe Nations Cup 2023. The prize pool for this tournament is $400,000.

Lastly, the FIFAe World Cup event is reserved for individual eSports players that qualify from the FIFA 23 Global Series. Only the best players from regional leaderboards and partner leagues will make it to the EA FGS Playoffs play-in in an attempt to qualify for the FGS Playoffs.

From there, the competition will go down to the final 24 players that will quailify to the FIFAe World Cup 2022 Finals where the winner will claim the ultimate share of the $500,000 prize pool.

As you can notice all three tournaments follow the rule of “24”. This year, all matches will be played exclusively on PlayStation 5 with FIFA 23 Ultimate Team as the main game mode.

How To Wage On Your Favourites

FIFA betting is similar to real football bets. You make a deposit, place a bet and withdraw if successful. Like in an actual match, you can bet on FIFA results, total goals, whether a team will score, and much more. The main bets to consider in FIFA eSports events are:

Here, you bet on the goal advantage, which may be positive or negative. For example, if a team has a positive handicap of +1.5, your bet is successful if they do not lose by more than one goal. The opposite is the case for a negative handicap of -1.5. The team must win by two or more goals for your bet to be successful.

You can also bet on the number of goals scored in a match, whether above or below a specific FIFA bets line. For example, if you bet on less than 3.5 goals, both teams’ total number of goals in the match must be three or fewer.

In addition to the above and depending on the bookmaker you choose, you can also bet on whether both FIFA teams will score, the exact score, and the number of goals contributed by each team. 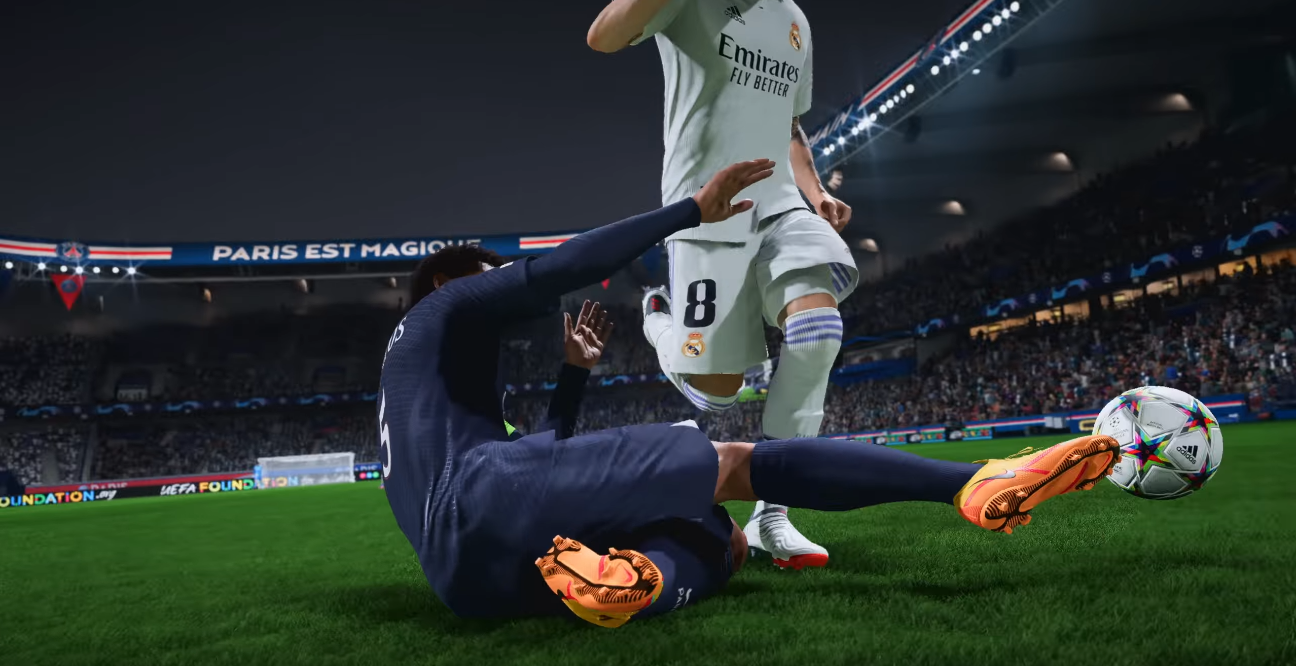 When wagering on FIFAe matches, you must remember that the outcome is not based on the characters being controlled, but on the skills of the players at the helm of the controls. Hence, to bet successfully, you must have good knowledge of the FIFA players and their histories.

Watch recordings of their matches, and follow their play timelines before deciding wagering on your favourites. For example, who won the FIFAe World Cup in the past three editions? You should know the answer to that question if you’re interested in FIFA betting.

3 epic tournaments, 3 different stories and 3 #FIFAe World Champions, but who is YOUR favorite? 😄 pic.twitter.com/4ax0STTsE6