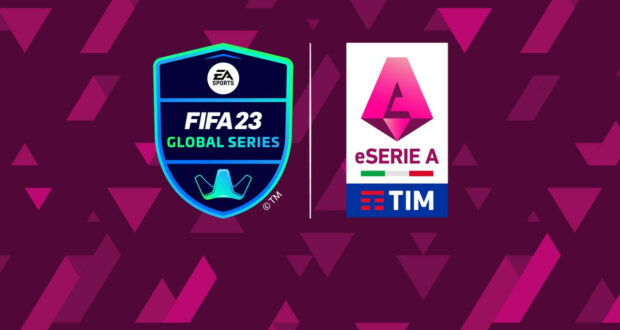 Everything is set for the third season of eSerie A, the official eSports competition of Lega Serie A in collaboration with EA Sports.

Following the success of Torino FC eSports Team with Obrun2002 in the 2022 edition, the Serie A eSports teams return on the virtual pitch in an expanded format that will ensure more exciting games and action for fans. Continue to read to find out how the new season will unfold.

The competition kicked off in November with the Online Qualifiers during which all registered players battled to win a place at the January Draft where the participating Serie A clubs chose the players to represent them in the Regular Season.

After the Draft selection was concluded, the 14 participating clubs in eSerie A TIM 2023 took part in the inaugural EA SPORTS eSupercup. A pre-season competition to help players warm up ahead the Regular Season. The 14 teams faced each other in the knockout tournament which saw AC Monza Team eSports finish on top.

In order to play at this level, players would have to spend hundreds of hours practising their gaming skills online. There are many online gaming platforms where those skills can come in handy, such as the judi slot online, created because of their popularity and efficiency.

Moving on, the Regular Season kicks off on January 31st and will be played exclusively on PlayStation 5. The division will be separated into two group stages of 7 teams each that will see them compete in a Double Round Robin format. With the conclusion of the Regular Season, Top 2 teams of each group stage advance to Playoffs Winner’s Bracket. Teams that finish 5th to 7th in the overall standing drop to Playoffs Loser’s Bracket.

The Playoffs are set to be played between March 28 – 29 that will result in the Final Eight. The final phase of the competition is scheduled for 18 and 19 April 2023.

A record number of 14 teams will participate in this year’s edition of eSerie A TIM. Below, you can discover all of them together with the players chosen by the clubs during the January Draft:

Tournaments such as eSerie A are a great way for players to showcase their talents and get signed by professional eSports teams. Professional gaming can be hard and stressful sometimes, however there are alternatives where a player can relax by playing effortless online games such as the ones you can find on situs slot gacor.

The prize pool is yet to be disclosed, however we do know that the Top 3 classified teams following the Final Eight, will access the FIFA 23 Global Series Playoffs.

All eSerie A matches will be live streamed on Serie A’s official Twitch channel. So be sure to subscribe and not miss the action that will see the title of Champion of eSerie A TIM 2023 assigned.