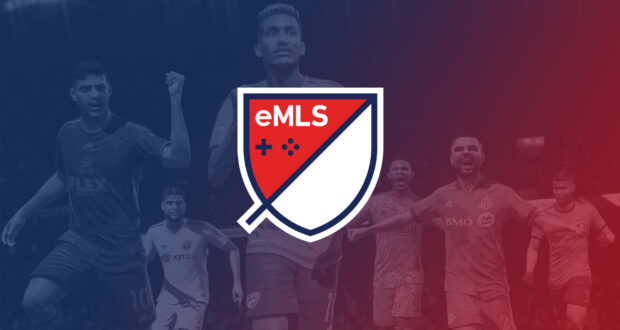 Major League Soccer and Electronic Arts have revealed details for the latest edition of the eMLS that includes an expanded roster, new schedule format and the largest total season prize pool in eMLS history.

eMLS has been around since 2018, and the league has continued to grow each year since its foundation, with increased viewership and digital engagement. The 2023 season features a roster of notable partners, including Coca-Cola Zero Sugar, PlayStation, DoorDash, and JLab, along with AVANT.

Esports tournaments such as eMLS are hugely popular in the FIFA scene and offer the opportunity to support and wager on your favourite players and clubs. For example, sites such as slotsoo.com offer the same thrill with dozens of online games to choose from.

2023 will feature two marquee League Series events in New York City in January and February, and culminate in the eMLS Cup on March 12 in Austin during SXSW. Events will include more days and hours of competitive streaming content than ever before as players compete for the largest in eMLS history.

Here’s a rundown on the tournament format:

Here's how it will work 👀

Three trophies are on the line at LS1, LS2 and eMLS Cup 🏆🏆🏆#FIFA23 pic.twitter.com/b1WFNANG6I

Remote qualifiers and group stages of each League Series will be featured on each MLS club’s or player’s respective Twitch and YouTube channels. Fans can view the main bracket matchups on twitch.tv/mls.

The best FIFA 23 players from across North America will represent 26 MLS clubs in the sixth-ever eMLS season. The 2022 eMLS champion, Atlanta United’s Paulo Neto, is returning this year to defend the title.

Here’s the full roster that will compete in this season’s edition:

Did your favorite pro make it into the Top 10? 🤔

Powered by @avant_forward, the official Credit Card of #eMLS 💳

In 2023, players will compete for the largest total season prize pool in eMLS history – $100,000. The top two players within eMLS Cup get qualified to FIFA 23 Global Series Playoffs while the third and fourth place will get a chance to compete in the FIFA 23 Global Series Playoffs ‘Play-ins’, effectively putting these four players in prime position to compete in the FIFAe World Cup 2023.

Kacey “Kacee” Anderson headlines the correspondents’ list for the 2023 season. She was the first woman content creator to be signed to an eMLS club and arguably the most watched EA SPORTS FIFA female streamer in North America in 2021.

Joining Anderson is a team of exciting on-air personalities with a wealth of experience across the sports and esports landscapes: