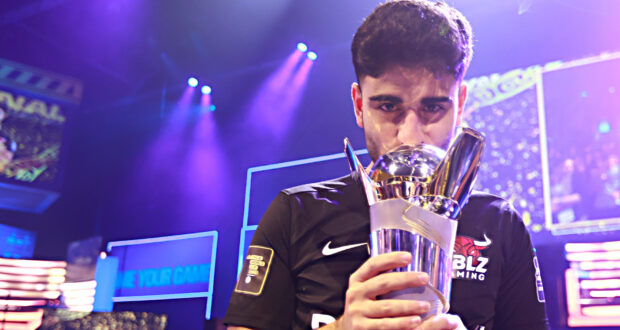 FIFA is so universally popular as a game that it’s an integral part of the eSports arena.

Professional players take part in huge international tournaments such as the eChampions League and the FIFA eWorld Cup.

Aside from these players, this popular eSport has attracted a growing fanbase. Sportsbooks are also offering betting markets on the top games and tournaments as they do for real-world football events and matches. We spoke to an eSports betting expert from https://justgamblers.com/ about this expanding market. He said,

“We’ve seen the interest in eSports in general, and FIFA in particular, grow significantly in the betting market. This has a lot to do with the popularity of FIFA players. There are a few really big names in this area of eSports now, and they capture the imagination of people who want to watch them play and bet on their results.”

It’s interesting to take a closer look at these players and see why they are so popular in FIFA eSports right now.

First on the list is 20-year-old Donovan Hunt from the UK known as Tekkz. He has been a player for the Fnatic team for two years and has won 11 titles overall in his playing career. Tekkz has won four championships for Fnatic, including the eChampions League 2020 Invitational. His career earnings amount to more than $500,000.

Huge congrats to @Tekkz for qualifying for the @FIFAe World Cup!

Can't wait to see you in action in Copenhagen! 🇩🇰 pic.twitter.com/vh2sbOUjhQ

Nicolas Villalba known as nicolas99fc is also often referred to as ‘The Iceman”. The 22-year-old Argentinian is known for his calmness and composure while playing. Nicolas99fc, now lives in the UK, where he plays for Guild eSports and managed to won the eChampions League title this year. His career earnings are around $574,416.

$75,000 ✅
eChampions League Trophy ✅
and a spot at the #FIFA22 Global Series Playoffs ✅ pic.twitter.com/5rSUsdUvWG

Mossad Aldossary was born in Saudi Arabia and is currently one of the best FIFA pro players in the world. The 22-year-old is known as Msdossary on the eSports scene and is recognised as one of the most accomplished FIFA players in the eSports world. His accomplishments include winning a FIFA eWorld Cup Grand Final and being given the Esports Player of the Year Award. So far, during a career that began in 2017, Msdossary has amassed earnings of around $659,847.

German born Umut Gültekin plays for RBLZ Gaming and is known simply as Umut in the eSports world. He has recently achieved the biggest success of his career with a win at the FIFA eWorld Cup 2022™. It was not just winning the competition that was impressive, Umut’s performance was excellent too. He did not concede more than one goal in any tie during the knockout stage. Umut’s prize money for winning this event was $250,000. This has contributed greatly to his career earnings of around $419,715.

The German player Niklas Raseck is the last name on our list today. When playing eSports, he is usually goes by the name NRaseck. Currently, NRaseck is a Free Agent after ending his contract with Guild eSports this summer. His successful career has so far netted him around $230,520 in earnings.

Still a free Agent for the FIFA 23 season!

If any team is interested, DM me here or mail [email protected] pic.twitter.com/rt5DNCc5yp

With players like these top names around, it’s understandable that FIFA eSports are hugely popular and have a substantial fanbase.