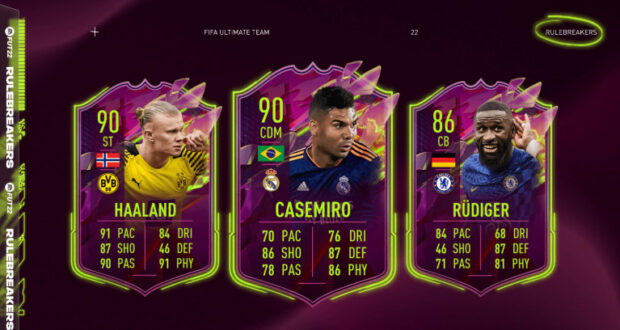 The Rulebreakers are back! The promo that replaced the Ultimate Scream event last year has returned once again for FUT 22.

Rulebreakers are a group of particular players selected by EA Sports and released in FUT 22 packs with permanent “scary” boosts to their in-game attributes. But that’s not all, these boosts can increase a specific stat or decrease another transforming these players into entirely new kinds of stars giving you more options when building your ultimate XI.

The promo will run for two weeks, with two special teams and other related content to be released in this interval.

Here is how the first Rulerbreakers team lines up in FIFA 22 Ultimate Team: 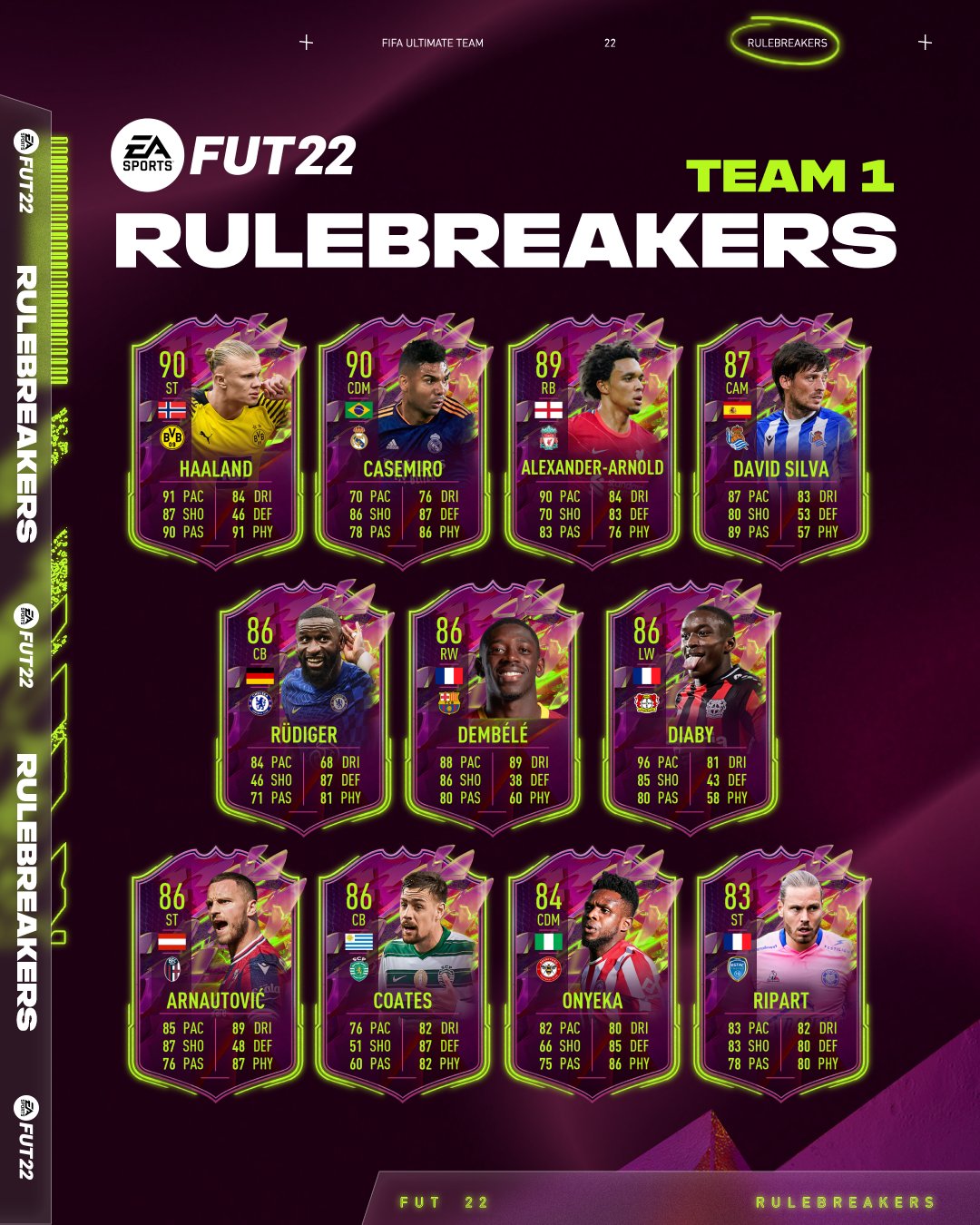 These special player items will be in packs until next Friday, November 5th when the second team of successful players will hit the packs.

If you want to learn how to be successful in soccer betting you must know that simulating matches in FIFA 22 can help you create a winning betting strategy ahead of the real-life games.

The first Player Pick SBC of the new season is now live in-game! Players can complete it and choose between two Rulebreakers versions of RB Leipsing midfielder, Christopher Nkunku. Each of the two 86 rated cards have different boosted stats and it’s up to you to choose which one fits best your squad.

Here are the challenges you need to complete in order to pick one of these two special items:

The SBC will cost you approximately 160k coins on PS, 167k on Xbox and 177k on PC. You can find the cheapest solutions here. 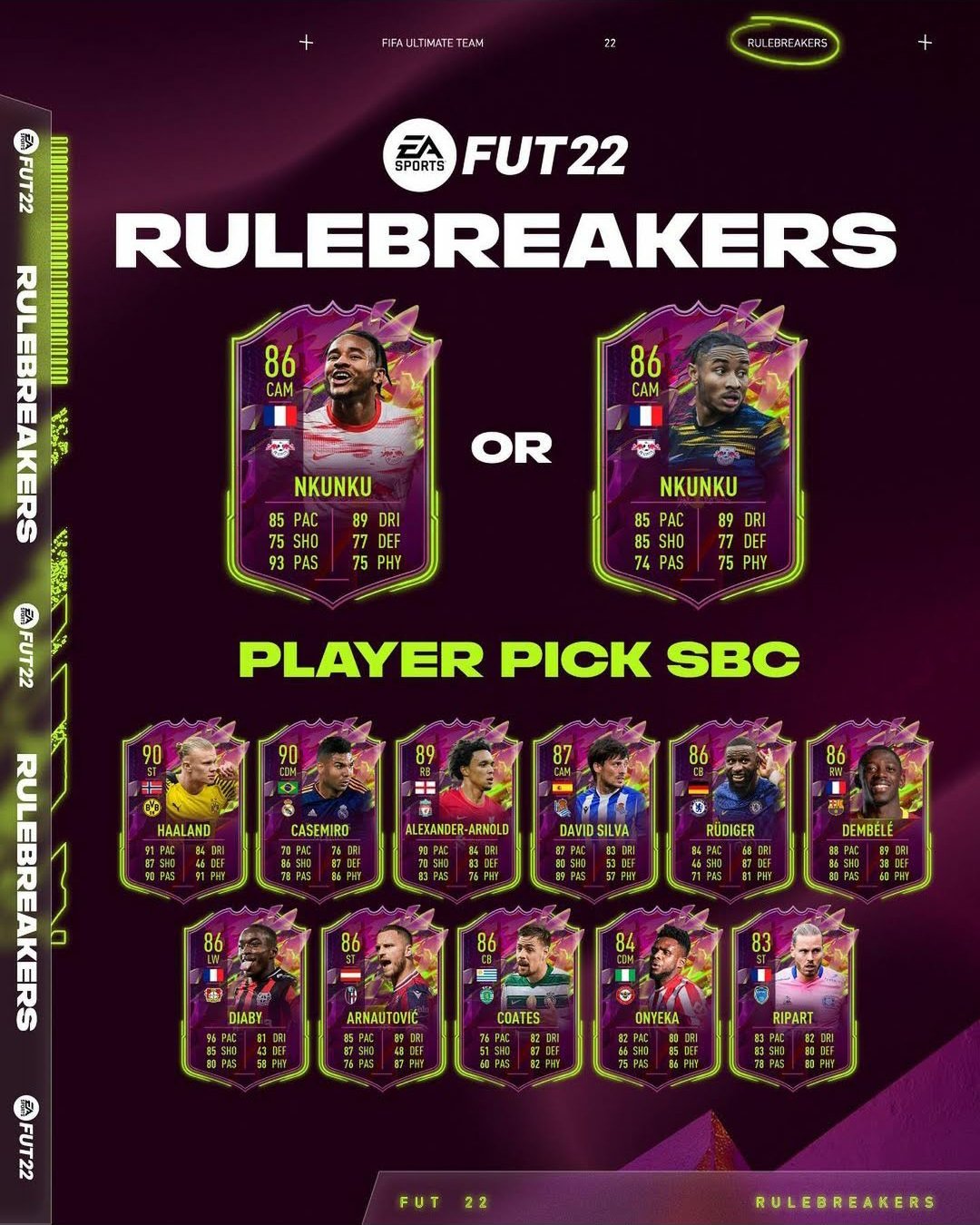 For the following week you will have the opportunity to grind some matches in FIFA 22 and get yourself an 84-rated Rulebreakers Michail Antonio. You can get the Jamaican striker, that has recently switched allegiance, in your club by completing the next in-game Objectives: 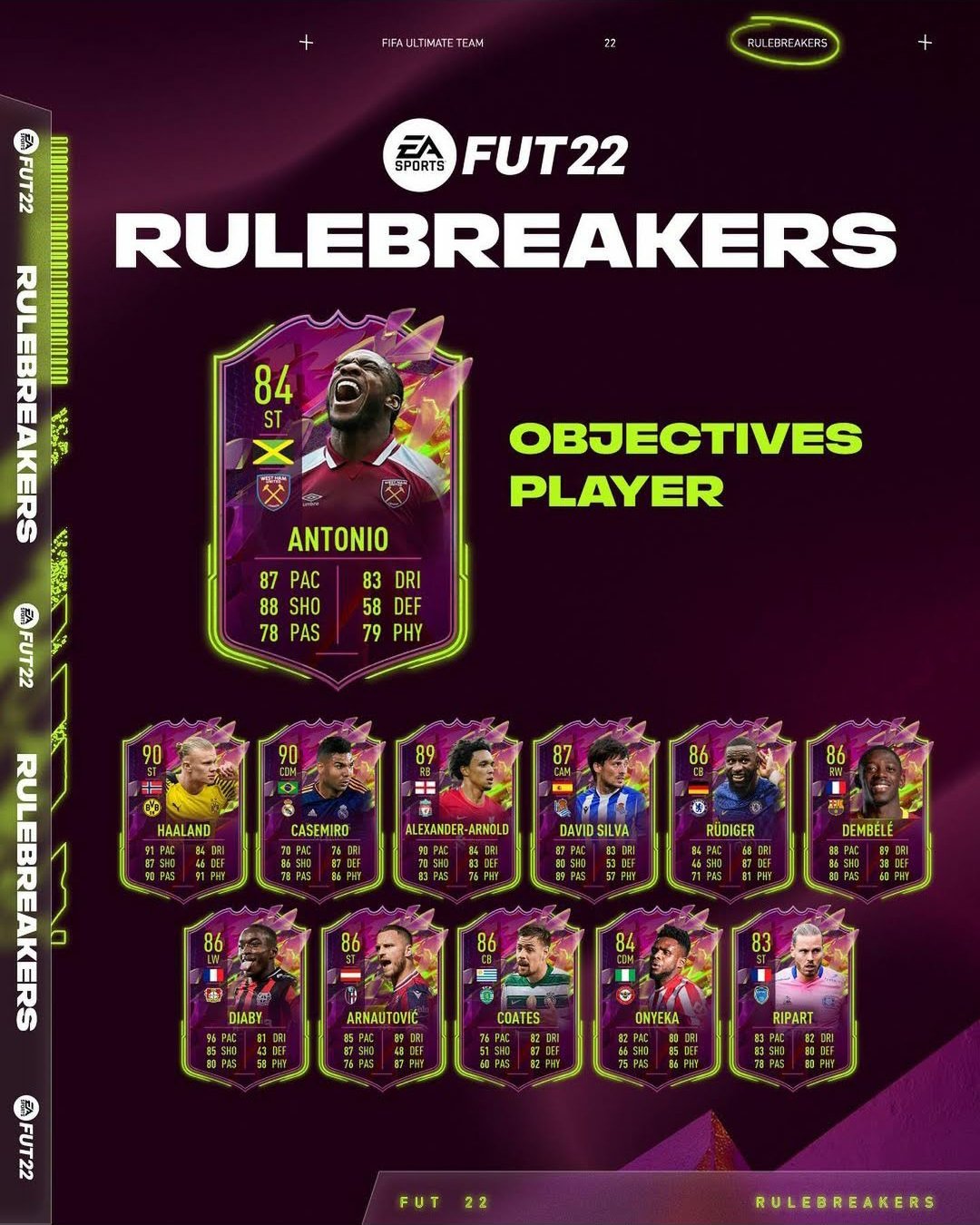 As you can see, all these Objectives have to be completed via the Live FUT Friendly: Red Links mode in FUT 22. The squad requirements to access this mode are as following:

This Objective is set to expire on November 5.

In the FIFA 22 Ultimate Team Objectives section, you can also unlock a few seasonal Halloween cosmetic items by completing the next tasks:

Be sure to keep an eye on our twitter page so you won’t miss all the updates on this promo!