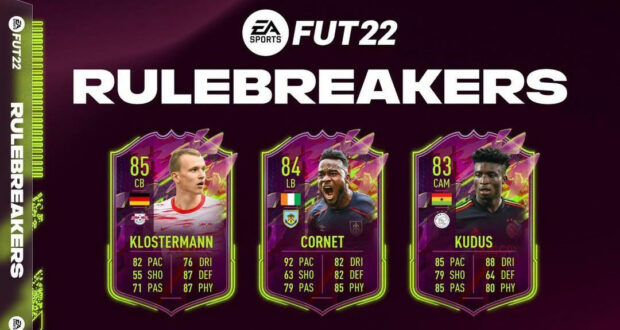 The Rulebreakers promo continues for another week in FUT 22 with another team of special cards, Rulebreakers-themed Squad Building Challenges, Objectives, Live FUT Friendlies, and more!

As it was mentioned a week ago, the second Rulerbreakers team is now available in packs including the next 11 football stars: 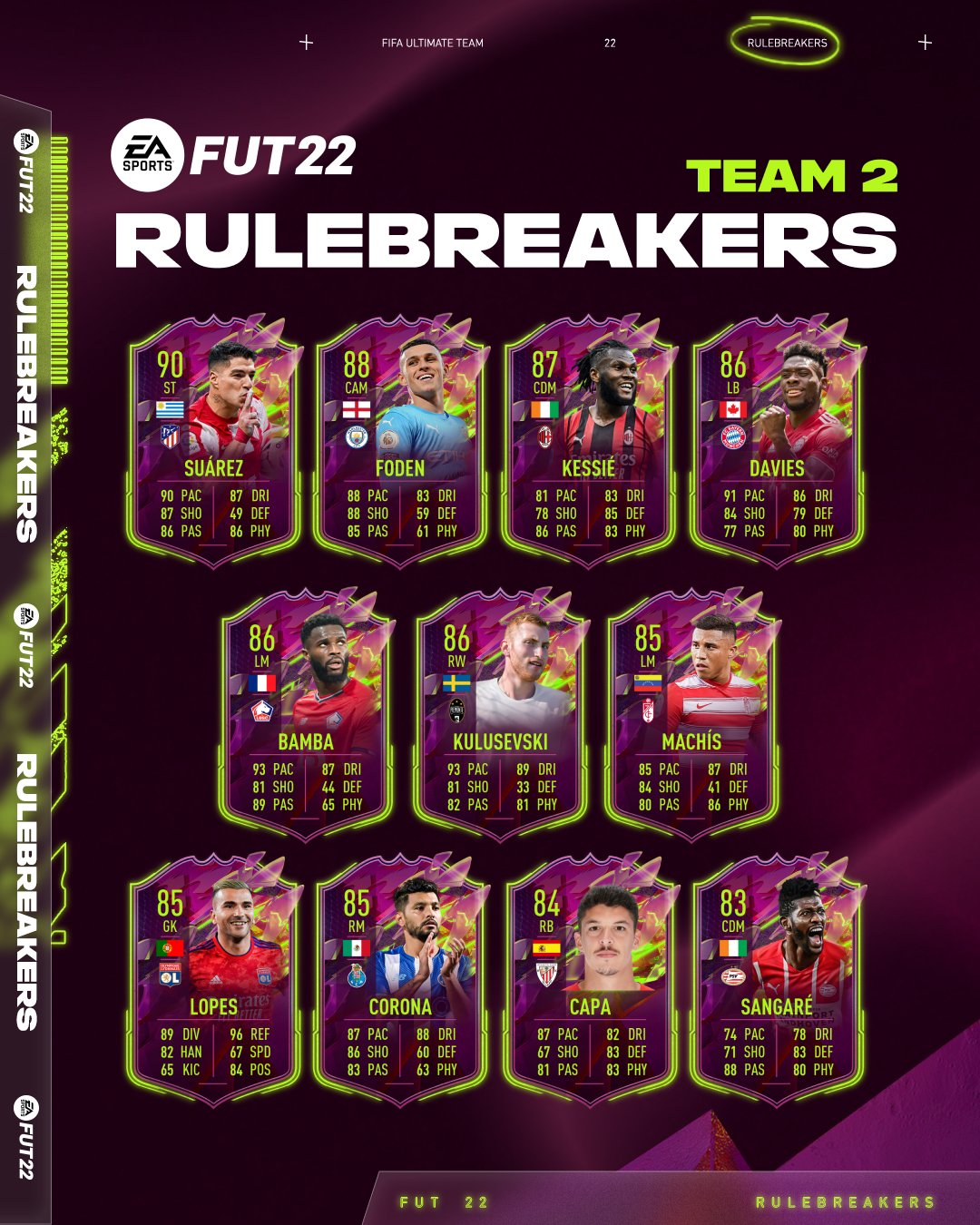 These special players will go out of packs next Friday, November 12th when a new FUT promo will be released by EA Sports.

Once completed the SBC, you will have to choose between two versions of the same card, one with boosted defensive stats and another one with better offensive attributes.

Here’s what challenges you need to complete in order to get this Serie A card in your club:

Lots of interesting matches are being played this weekend in Serie A and you can check powerplay website for the best betting odds!

Which Gosens looks best to you? 🤔

The one with more Defending looks more useful to me as a CM, or as a LM in a 3ATB formation, compared to the other one as an offensive winger. ✅#Rulebreakers | #FIFA22 pic.twitter.com/Ve7BfKiyad

Completing this SBC will cost you approximately 42K coins on PS, 45K on Xbox and 44K on PC. For the cheapest solutions please check FUTBin.

This SBC is set to expire on Friday, November 12th.

Three more players have joined Team 2 through the usual “Mini Release” this weekend. The player in cause are: 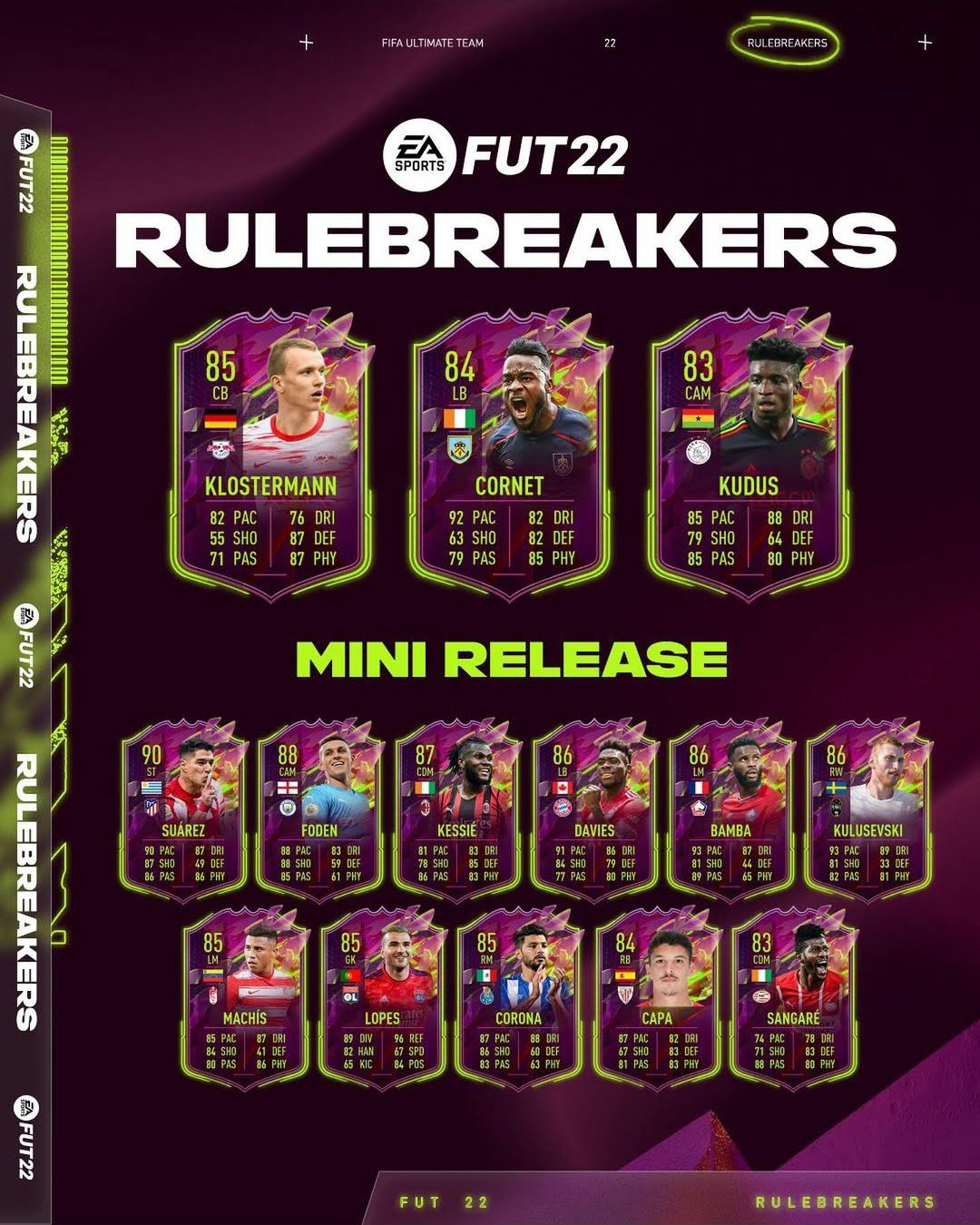 If you check the SBC section in FIFA 22 Ultimate Team, you will also see that EA Sports has added another themed SBC featuring Rulebreakers Dani Parejo from Villarreal. To unlock his 88-rated card you will have the complete the following challenges: 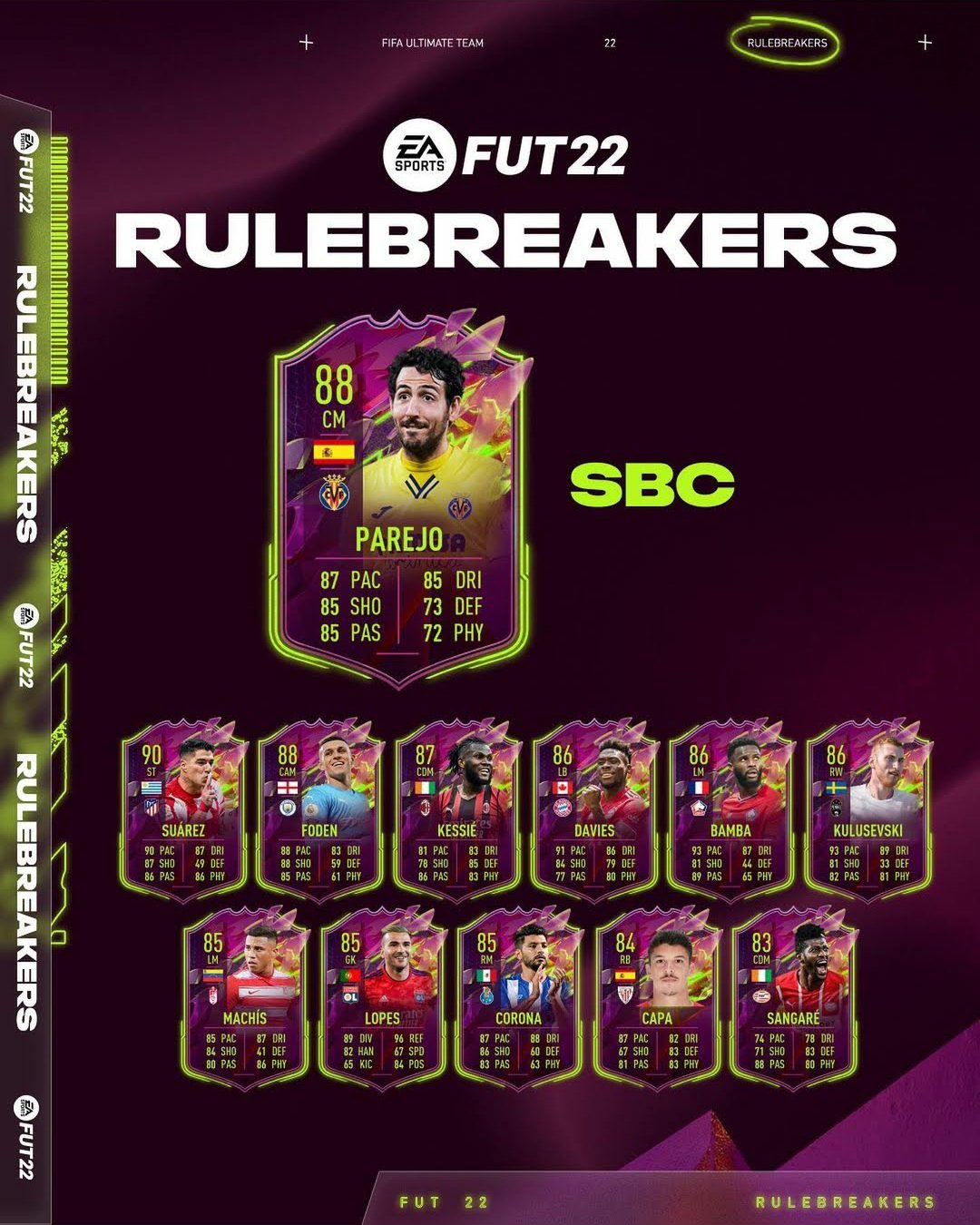 This SBC is set to expire on Saturday, November 13th.

fifa 22 fut rulebreakers ultimate team 2021-11-06
Damien
Previous: 2K Sports Plans to Bid for FIFA Licence as It Looks to Enter the Footballing World
Next: The eChampions League Is Back For FIFA 22