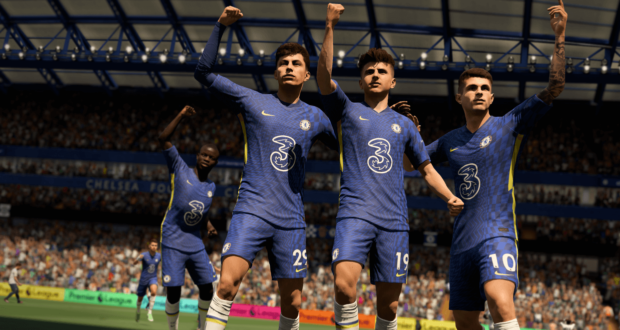 It just feels like yesterday when the new Esports season began for FIFA 22 but we are already at our nth announcement of a new tournament.

It is no surprise that the most popular football league in the world is launching its latest season; presenting the FIFA 22 ePremier League. Here is all the info you need to get started to follow the tournament, after last year’s epic championship which saw Shellzz take home the crown.

Battle of the Best

The most exciting part about the Premier League is its sheer unpredictability and how it is no longer a game of odds and numbers. At the nice rounded point of ten games into this season, Chelsea led the way with 25 points, and yet, in the English Premier League betting with Betfair, the exchange has swung in favour of Manchester City.

Despite trailing the leaders by five points, City were the clear odds-on favourites at 11/8. The ePremier League is of similar gravy and the fact is only amplified further by, for example, the sheer number of qualifiers in place.

The ePremier League is BACK 🤩⁣
⁣
Want to represent your club? Registration is open now 🙌⁣
⁣
Open to residents in the UK 🇬🇧⁣

The competition will be played on both the PS5 and Xbox Series X/S and will feature 7 qualifiers and a playoff in the first phase. The qualifiers have commenced on November 16th, 2021 and will be held till January 12th, 2022.

The 7 qualifiers will then be followed by an Online Qualifier Playoff scheduled for January 18thand 19th, 2022.

The playoffs will result in 160 players from each console progressing towards the next phase of the ePremier League 22. These 160 players (per console) will have to battle it out to be amongst the top 20 players selected by the Premier League Clubs to compete in the Grand Finals.

The Qualifier Playoffs will help the top 8 players of each club advance (per console) to the club playoffs where only one club representative will progress further. The Club Playoffs have been organised for the months of February and March 2022.

The 8 players will now face each other until there is only one winner left and that player will advance to the Grand Finals. The timeline for these playoffs will be determined by the respective clubs.

Back yourself on FIFA 22? Register now for the #ePremierLeague 👇

Unlike the Grand Finals of yesteryears, the format has been shaken up a little this time. Players will work collaboratively as a team for the first time by taking part in a series of 1v1 matches against pairs from other clubs, with one player competing per console.

Not only that but the Grand Finals is going to be a live event once again in front of an audience, not just virtually and the venue for the finals is yet to be announced. The Grand Finals have been scheduled for March 26th and 27th, 2022.

The final 40 players (20 per console, 2 console players per club) will also be competing to lift the ePremier League Trophy and take home a share of the 100,000 GBP prize pool. But that’s not all!

Bundled along with the prize money and silverware are three seats for top-ranking players at the EA SPORTS FIFA 22 Global Series Playoffs. This bounty is sure to get the players into competition mode.

So, what are you waiting for? If you are from the UK, don’t hesitate and register for the ePremier League 22 and show everyone that you’ve got the skills to win it all. Broadcast and schedule info is expected to be announced shortly so stay tuned for more.