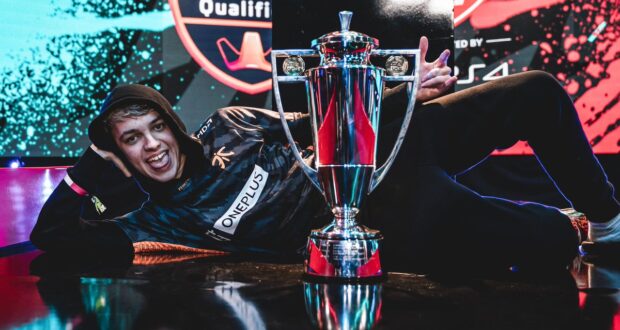 The Best FIFA Pro Players In The World

The FIFA eSports scene has seen some great talent through the years. Like any sport out there, the familiar popular question always arises, ‘who is the best player in the world?’ A couple of FIFA Pro players have dominated tournaments and in their moments they were deemed unstoppable. In this post, we will quickly go through a list of FIFA pro players who are considered the best.

Mosaad “Msdossary” Aldossary also known as ‘The Saudi Prince” didn’t take long to show what he’s made of after joining the FIFA competitive scene back in 2017. The Saudi Arabian won the FIFAe World Cup, the most prestigious trophy in the FIFA world just a year after his debut when only 18 years. This great achievement instantly put the limelight on him and he has been a force to reckon with since then.

The Saudi talent has won approximately $600,000 from 22 eSports tournaments making him one of the most successful pro FIFA players in the world. The debate on ‘ who is the best ‘ has recently been evolving around Msdossary and our next player on the list, Tekkz.

FIFA eSports fans will know that you cannot mention the FIFA greats without mentioning Donovan “Tekkz” Hunt. The English professional made his debut at the FUT 18 Champions Cup in Barcelona at only 16 years. He beat the best of the best in the tournament and lifted his 1st trophy. He caught the eyes of many due to his attack-minded approach to FIFA coupled with aggressive defending.

Since his debut, he has been the most dominant figure in the FIFA scene and went on to win 10 more titles including the eChampions League. This makes him one of the most successful FIFA eSports player ever to be seen. He played for the F2 in the early stages of his career and made the switch to Fnatic in 2019. He has also found success competing at the Premier League for the club that he supports, Liverpool FC.

The Englishman has earned approximately $500,000 from tournaments.

Nicolas “nicolas99fc” Villalba is an Argentine FIFA eSports player currently playing for FC Basel 1893. Since his debut, the 21-year old became known as one of the best FIFA players on PlayStation. He has found success in a couple of tournaments back in 2016. In 2019 he partnered with Tekkz for the FIFA eClub World Cup. He has played against the best of the best throughout his career and is definitely a nightmare to play against on PlayStation.

Will the Iceman 🥶 @Nicolas99fc defend his 🏆?

The Argentine has earned approximately $340,000 from EA Sports FIFA tournaments. Remember you could also try your luck with the Betfred Sports promo code offer for Iowa-based players.

Shaun ‘Shellzz‘ Springette is a 21-year-old English FIFA professional currently playing for Manchester City. The Englishman made his professional debut back in 2017 while he was still in school. He had quite a debut year after he won the PlayStation final before becoming the runner-up at the Berlin FUT Championship.

He decided to leave school to go full-time pro. He made the switch from UNILAD to Manchester City in 2018, with Man City wanting to get more involved in the eSports scene. Shellzz lifted his first major title in 2021 winning the ePremier League after a dominant display throughout the tournament.

Christopher “Chris” Holly, popularly known as NYC Chris is a FIFA professional player currently playing for New York City. Chris was born in the United States but lived in Haiti for most of his life until him and his family had to relocate after the earthquake back in 2010. Chris hadn’t won a trophy before lifting the first-ever eChampions League title in 2019. Along with the trophy, he also went home with $100,000.

Thank you for all the support…

Two years later after the winning the eChampions League trophy,Chris also managed to lift the 2021 eMLS Cup! Chris is one of the most successful Americans in the FIFA scene as he has proven that he can deliver on the biggest stage. The American has earned approximately $210,000 from eSprts FIFA tournaments.

Tom Leese, also known as Hashtag Tom is an English professional FIFA player who plays for Hashtag United. Before joining Spencer Owen’s team, he played for Watford and also had the chance to represent his country. Like many eSports professionals, Hashtag Tom had to leave school to ensure that he could concentrate on FIFA and so far he is doing pretty good.

"Take on the best to improve your FIFA game" 🎮

The biggest victory in his career came in August 2020 when he won the ePremier League for Watford and took home the £20,000 prize. While the English professional said he won’t be doing pro-FIFA forever, he has earned approximately $79,000 from eSports competitions.

Niklas “NRaseck” Raseck has been putting Germany on the FIFA eSports map especially during the FIFA 20 cycle where he was the most consistent German player. NRaseck made it to the latter stages of various tournaments before finally winning the FUT Champions Cup 2019 Stage 2 in Bucharest. The German has a playstyle that is fun to watch often utilizing unpredictable attacking patterns that consistently work against his opponents.

Got the german qualifier tomorrow and maybe sunday, but definetly taking a break after this from this beautiful game.

Tutorial on how to go from leading 2-1 to 2-3 down in 5 ingame minutes 🥰 pic.twitter.com/RUBaPhRd5f

He currently plays for Guild esports and has had great success through the years accumulating approximately $200,000 in earnings from tournaments.

August “Agge” Rosenmeier is a Danish FIFA pro player. He additionally plays football for B1908 in Denmark‘s fourth tier. He made his professional FIFA debut back in 2013 and a year later he was one of the most dominant figures in the FIFA scene. He went on and won the FIFA World Championship in 2014. And to prove just how consistent he was, he went on to win another the following year making him the first and only player to win the FIFA World Championship back-to-back.

Agge is definitely one of the FIFA greats and currently plays for Astralis, the Danish-based team. He has earned approximately $94,000 from competitions.

Being in Brazil, it was only fitting that @Ronaldo himself joined the celebrations! 🤯🙌 pic.twitter.com/MyGMwh5Xdu

The last player on our list is none other that the great Mohammed “MoAuba” Harkous. The German pro player of Lebanese origin started his career back in 2016 and won his first pro FIFA tournament in the same year, the ESL Frühlingsmeisterschaft! He continued competing without winning any major tournaments until 2019 when he was crowned FIFA eWorld Cup champion. After the win he joined the FOKUS Clan after previously representing the Werder eSPORTS team.

During his entire professional career he has earned himself nearly $400,000 in prizes.

You can never count @MoAuba out.

The FIFA eSports scene is definitely interesting to watch as it is constantly competitive since everyone wants to be the best. Our list covers some of the most skilled professional FIFA players but we are sure more new names will pop up through the years.