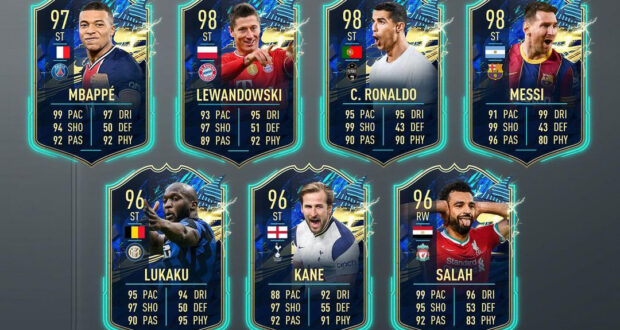 The final squad of the TOTS promo is now out in FIFA 21 Ultimate Team featuring the best players from all the previous TOTS of the 2020/21 campaign.

The squad every FUT 21 player has been waiting is now available in packs! As expected the Ultimate TOTS is stacked with players like Cristiano Ronaldo, Lionel Messi or Kevin De Bruyne and other football stars that had a major impact for their clubs this season. Here’s how the 15-man squad lines up: 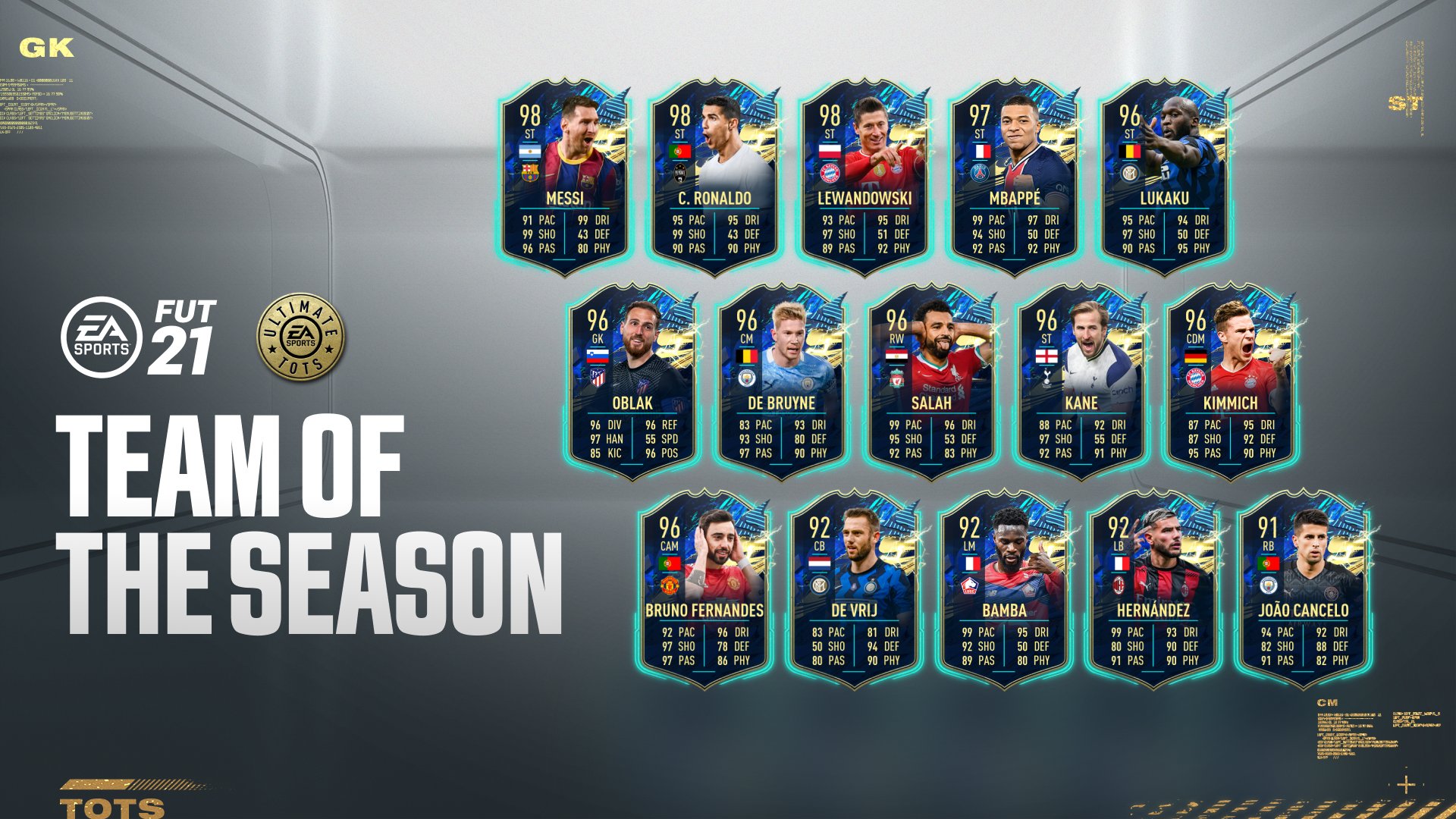 The final TOTS will be available in packs until Friday, June 11th.

In addition to the players presented above, you will have the opportunity to get yourself another TOTS item this week featuring West Ham attacking midfielder Manuel Lanzini. His 93-rated card can be unlocked by completing the next in-game objectives:

This Moments Objectives Player will expire on June 11th. 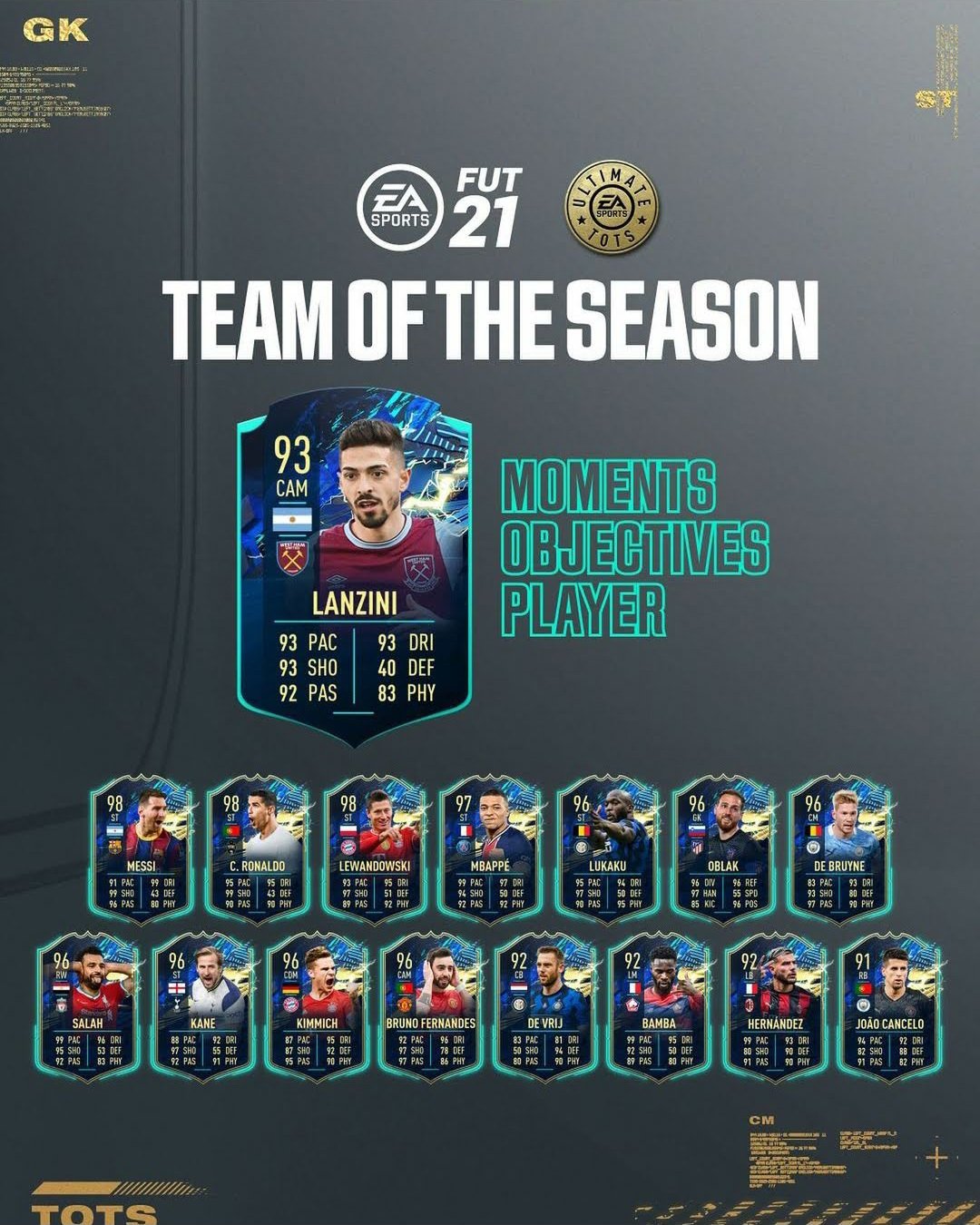 If you visit the SBC section of FUT 21 you will see a brand new Flashback SBC featuring a 91-rated Ousmane Dembélé, celebrating his inclusion in FUT 17 TOTS. The SBC will cost you between 700.000 – 800.000 coins depending on what platform you’re playing.

You can find the cheapest solutions for this SBC on FUTBin. 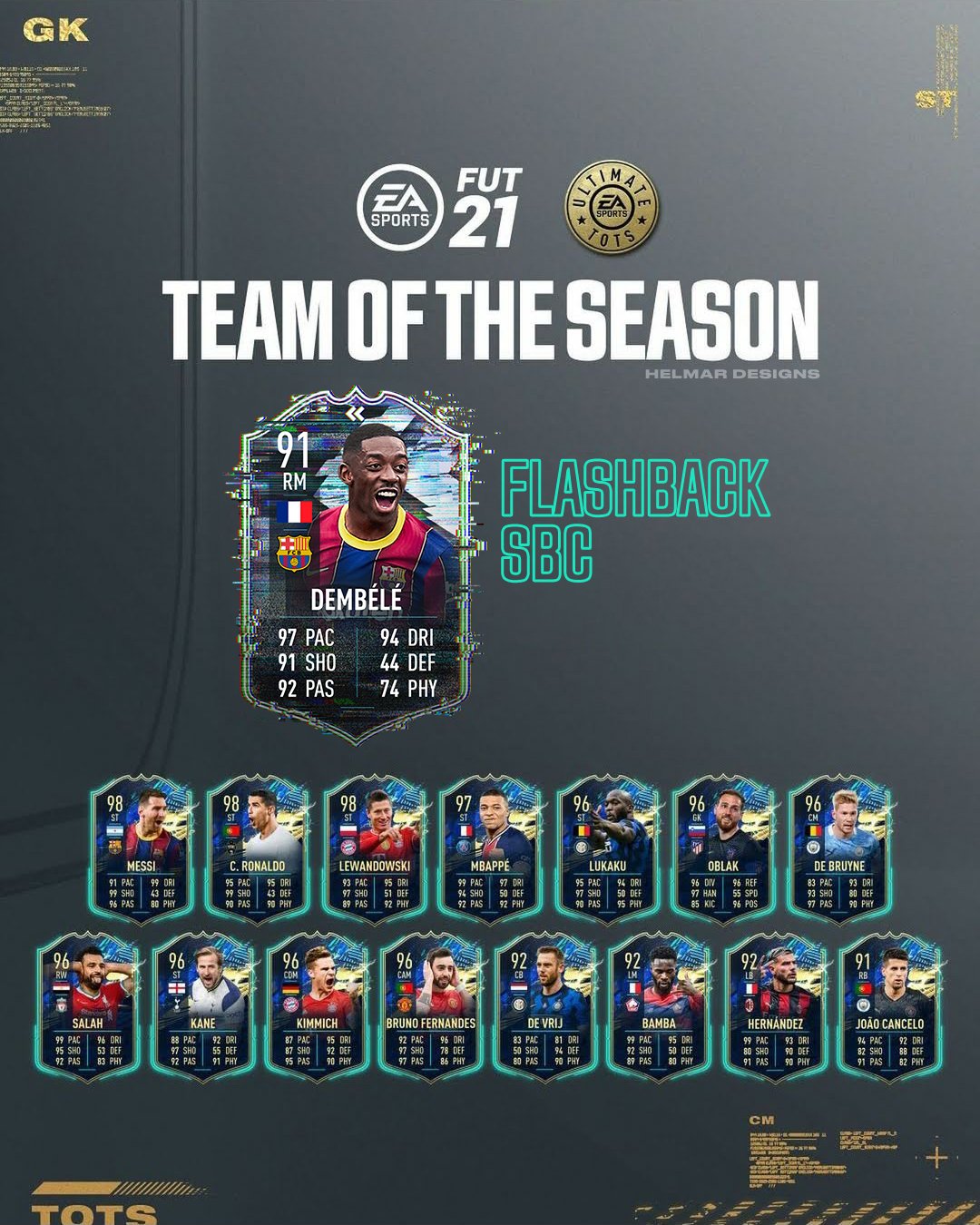 Stay tuned for the next FUT 21 promo by following us on twitter.