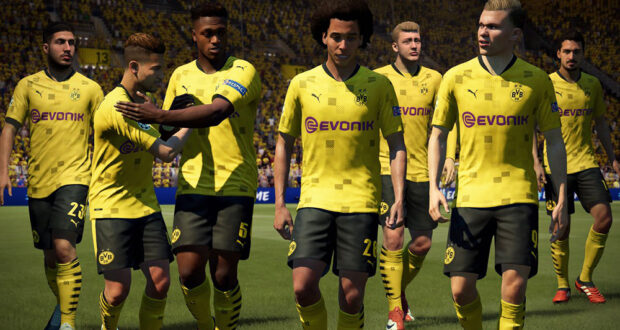 Electronic Arts announced today the renewal of their contract with DFL (Deutsche Fußball Liga) over the Bundesliga licence for the FIFA series.

The new multi-year agreement will see the 1.Bundesliga and 2.Bundesliga in EA Sports FIFA for many years to come. Both leagues will be represented as authentic as possible in the FIFA franchise with all clubs, players and the even the German Supercup.

Contract renewed for a long term ✅

The full @Bundesliga_EN experience only in @EASPORTSFIFA 🔥 #FIFA21 #Bundesliga pic.twitter.com/SbWBM15Amz

“Our partnership with Bundesliga further cements EA SPORTS FIFA as the most authentic, interactive football experience in the world. Only in FIFA 21 can the Bundesliga’s millions of fans play as all 18 clubs, from last year’s champions to newly promoted teams – stepping out in stadia from Paderborns’ Benteler-Arena, to the Stadion an der Alten Försterei in Berlin or even competing in Der Klassiker in front of SIGNAL IDUNA PARK’s yellow wall,” said Nick Wlodyka, Vice President and GM of EA SPORTS FIFA. “We’re excited to continue to build on our Bundesliga partnership, supporting the ambitious tech capabilities and esports vision of the DFL.“

This is not the first multi-year contract that EA Sports FIFA have closed this year, a few months ago they announced a 10-year partnership with La Liga.

Looks like EA is determined to secure the exclusive licences over the “Big Five” European leagues. With Premier League, La Liga and now Bundesliga crossed off the list, the next targets for the Canadian company will most likely be Ligue 1 and Serie A.