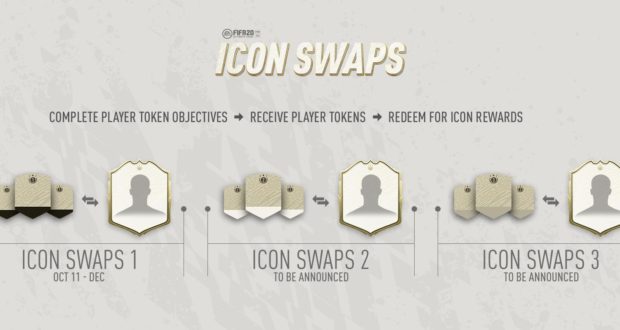 More Details On FUT 20 ICONs And Their Release Dates

EA Sports recently shared their plans regarding the FUT 20 ICONs with the community by addressing the release dates of all ICON versions and how the new changes will give you more opportunities to get an ICON card in your club.

Just in case you’re unfamiliar, there are 4 types of ICON cards in the game: Base, Mid, Prime and Prime Moments, each representing a certain period in the player’s career. All 89 ICONs will have a version of each that card, so we if do the math correctly we will have a total of 356 ICON cards in Ultimate Team this year.

However not all those cards will be available in-game at the same time! The following timeline breakdown will explain how they will get released:

Starting with this FIFA edition, ICONs will not be used as requirements in Squad Building Challenges anymore and Individual ICON SBCs will be a thing of the past because EA Sports are introducing ICON Swaps!

ICON Swaps 1 will be released October 11th, 2019 and will run until December with the next players available:

ICON Swaps 2 and 3 will be announced later this year.