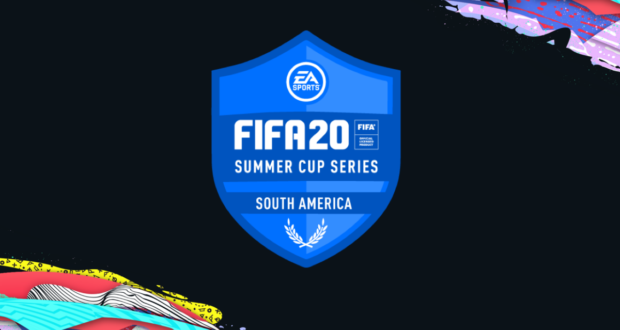 Third time’s the charm and this Cup was one too! The third segment of the Summer Cup Series took us to South America where the competition was held between 24th-26th July 2020. The series was dominated by Brazil with all except one participant from the country. The exception was Yago from Argentina.

The tournament consisted of 8 players with 7 representing Brazil. There were 2 standout players to look forward too. We had WestHam Yago representing West Ham United, the only Argentine in the competition, and SLB Zezinho representing S.L. Benfica. Zezinho has recently been crowned the winner of the FUT Champions Cup Stage IV in Paris.

This edition, much like the Oceania edition, was split into 2 groups; A and B with an Upper and Lower round system for each. Group A saw the champion Zezinho battle it out with Gabrielpn from R10 Team. Zezinho lost in a stunning fashion 4-5 to send Gabrielpn onto Day 3. In the Upper round, Zezinho again made it to the second round and faced Yago and in what was a very tasty match, was again defeated, 2-4 this time, sending Yago to Day 3 as well. In Group B, the Lower round saw Vini from Netshoes E-sports claiming the Day 3 spot. Regarding the Upper round, it was Paul Neto of Atlanta United FC advancing to Day 3 after comfortably defeating Fifilza of Wolves FC 4-0.

If staying at home under lockdown has got you bored, why not try your hands at doing something fun and productive at the same time. Head on over here for a chance to win. Hurry, join here!

Day 3 also had a Lower round to start the matches where we saw Gabrielpn advancing to the Grand Final defeating Vini and Yago on the way. The best match of the entire series perhaps was the Semi-final match between Yago and Paulo Neto with Neto humbling Yago 8-1 on aggregate. An entertaining and close score-line saw Neto defeating Gabrielpn 3-1 (agg.) in the Grand Final and claiming the Summer Cup.

Time for us to turn our attention on the next segment of the Series; Asia! The event is set to be held between 28th-30th July 2020. Stay tuned!