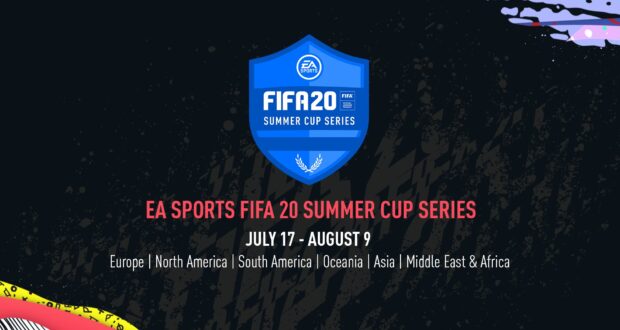 The 6th part of the FIFA 20 Summer Cup series was all set to commence when we received the devastating news of the incident in Beirut. Our prayers go to everyone affected and hope things get better soon. As a mark of respect, EA has postponed the Summer Cup – Middle East and Africa indefinitely. But fret not, while we wait, it’s time to summarise the Summer Cup Series so far.

The Series began with the first iteration occurring in Europe. The competition was held between 17th-19th July 2020. We saw very popular Esports players such as Gorilla, Ollelito, Maestro, and Prinsipe. In the end, Ollelito of Ninjas in Pyjamas clinched the winner and was crowned the European Champion. Read our complete Europe review here!

The second segment took us to Oceania where players from Australia and New Zealand, and one from Canada even, took part. The event was held between 21st-23rd July 2020. One of the spiciest editions of the Summer Cup Series, we saw all-round competing and a very balanced playing field. It was A-Nezer who was crowned the Oceania Champion, defeating Marko in the final. Read our Oceania review here!

Since the 6th edition of the Summer Cup has been postponed, why not pass the time elsewhere? Play for spoils and choose the game you like with NorskCasinoHex.

The third part of the EA fest brought the freshest talent South America had to offer with the likes of WestHam Yago and SLB Zezinho. But the highlight of the event was Paulo Neto crushing the fan favourite Yago 8-1 in the semis and ultimately winning the final, and thus being crowned the South America Champion. Read our South America review here!

The fourth edition took us to Asia, an event dominated by tight calls and amazing highlights. Web Nasri was a title favourite but sadly lost out in the Grand Final in spectacular fashion. Surprisingly, it was Agu, from Indonesia, who defeated Nasri and was crowned the Asia Champion. Read our Asia review here!

The fifth edition, and as of now, the final edition of the Series was held in North America between 31st July-2nd August 2020. This event was a two-horse race right from the start featuring COL Joksan and FCC Fiddle. It was a disappointing run for Joksan who got knocked out in the semis giving us a MaXe vs. Fiddle Grand Final. To no one’s surprise, Fiddle took home the spoils and was crowned the North America Champion. Read our North America review here!

And that concludes our review. We hope we can give you one more news highlight from the last edition of the Summer Cup. We can only wait and watch. Once again, our prayers go out to everyone in Beirut. Let’s pray for a fast recovery for them.