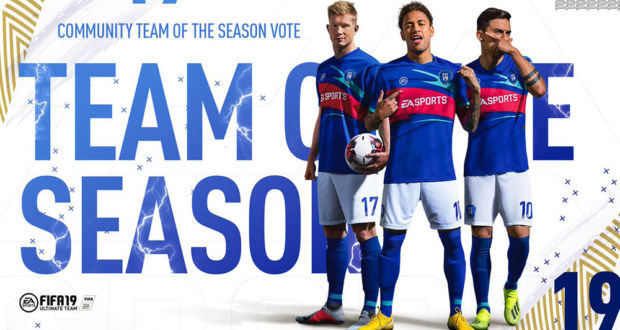 TOTS is about to kick off!

The players list for Community Team Of The Season has been recently announced and you can now vote for your favorites on FUTHead or FUTWiz.

Remember that the players featured in this list never received an in-form during the regular season in FIFA 19 Ultimate Team but had constant performances thus the reason they are being nominated for this community-driven TOTS.

There are over 100 players to chose from but you can only pick 23! The vote will close Monday, May 6th and the team will be revealed on May 10th.

Let us know which players you’ve picked by posting the squad links in our comments or tweet them @FIFA_Infinity.