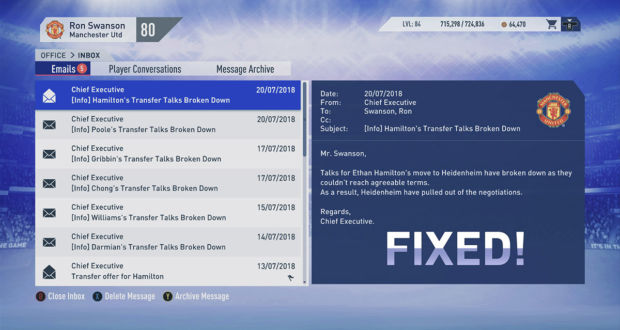 Ironically, for once, the update is focused more on Career Mode fixing the well known bugged loan/transfer system. Here’s the rundown of issues that have been addressed:

The update will be available on XB1 and PS4 early next week.