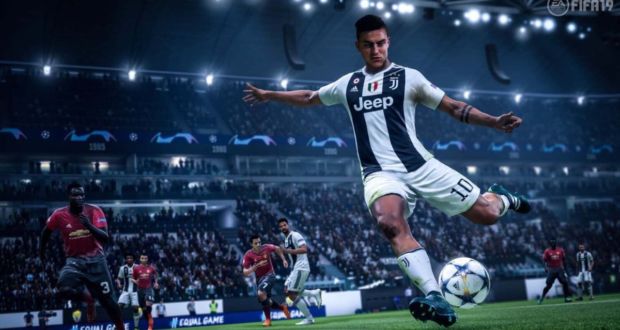 EA Sports revealed yesterday all the new gameplay features that we will see in FIFA 19 and this post you can see a rundown of these features with some new gameplay trailers:

The Active Touch system in FIFA 19 revolutionizes what you can do with the ball at your feet. This new way of receiving, striking, and moving with the ball feels incredibly natural and fluid, which lets you play in fresh, creative ways.

Numerous tools and animations have been added to the ball control system to provide more variety in moving the ball. Specifically, there are now multiple means of trapping the ball, such as the “disguise trap,” a feint used to fool defenders into moving the wrong direction with very subtle first touch movement.

Similar to the new ways of trapping the ball, a variety of flick animations have also been added to allow for deeper creativity in attack. Players can use their head, chest, knees, and feet to flick the ball, change direction, confuse defenders, and open up space that they can exploit.

Pre-match preparation returns with the in-depth, custom features that you know and love; you can pick players, set a formation, assign roles, give instructions, and customize your tactics. But with Dynamic Tactics in FIFA 19, you can also create multiple game plans that you can switch between during a match.

Every option that you have when creating your pre-match plan can be assigned to one of your custom game plans, so you aren’t constantly going to the pause menu when you need your team to play differently.

Even though tactics have been a big part of the FIFA franchise for a long time, Dynamic Tactics has overhauled the entire system to make setting up your team more important than ever. Your team will execute your approach in an obvious manner, so that you can get a visual idea of how it’s working on the pitch. For example, if you choose a possession-based tactic, your players will support their teammate in possession and provide safe passing options. If you adjust for faster build-up play, your players will move quickly up the field and make riskier runs to try and create immediate chances.

New tactical options have also been added based on player feedback to help counter some of the more popular and difficult tactics. If you’re facing a team that tends to “park the bus,” for example, you can select the option “Pressure on Heavy Touch” to have your players constantly close down opponents and force them to make risky plays.

The basic process for taking a shot doesn’t change, but if you want to make your shots potentially unstoppable with this accuracy and power boost, it’s as simple as tapping the “shoot” button a second time after the initial button tap.

But that’s the easy part; what makes this mechanic a challenge is timing your second tap perfectly; if you tap it too early or too late, it could actually make your shot a little bit worse. With the FIFA Trainer turned on, you’ll see a colored bar over your player’s head with sliders. Your second tap should be right when the sliders hit the green zone in the middle. If you successfully unlock a Timed Finish, you’ll see a short message above the bar that says, “Great Timing!”

Once you get the hang of the process, you can turn the Trainer off. While the bar and message will no longer appear during a Timed Finish attempt, you can still see whether or not your attempt was successful via the player indicator triangle. The triangle’s outline will glow green if you have successfully achieved a Timed Finish.

With 50/50 Battles, user reactions and player attributes determine the outcome for winning loose balls across the pitch. With increased teammate intelligence and spatial awareness, every challenge matters in the fight for possession.

Are you happy with these new gameplay features? Please let us know in the comments below.