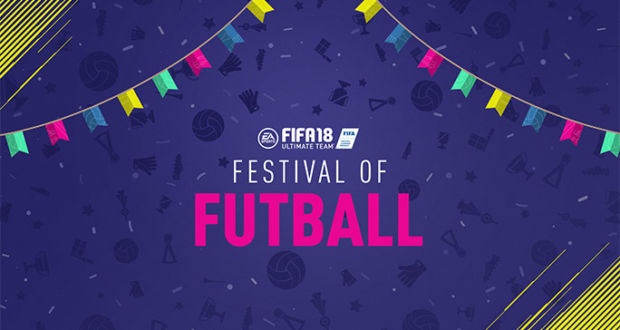 EA Sports will celebrate the start of the 2018 FIFA World Cup with a month-long event in FIFA 18 Ultimate Team that will feature the following:

In the coming weeks squads of special FUT items will be released throughout the Festival of FUTball based on the best-performing players during different stages of the World Cup. Players are selected solely based on how they performed during a specific stage or stages of the tournament.

Path to Glory Selected player items will also be upgraded whenever the player is included in one of these squads.

A variety of SBCs will pop up throughout the Festival of FUTball, relating to World Cup events and matchups. Play along with the real-world tournament and complete the relevant SBCs to give your FUT squad a boost. Certain SBCs will only be available for a limited time, so be sure to log in to FUT often so you don’t miss the chance to improve your squad.

Starting on June 20, look for Classic International Heroes released as special FUT items based on players with strong international pedigrees but are not playing in the 2018 FIFA World Cup.

Catch World Cup fever during the Festival of FUTball with themed events in Daily Knockout Tournaments and Weekly Objectives. Look for Featured Squad Battles throughout the Festival from your favorite international superstars, then take them on with your FUT squad to move up the weekly leaderboards.