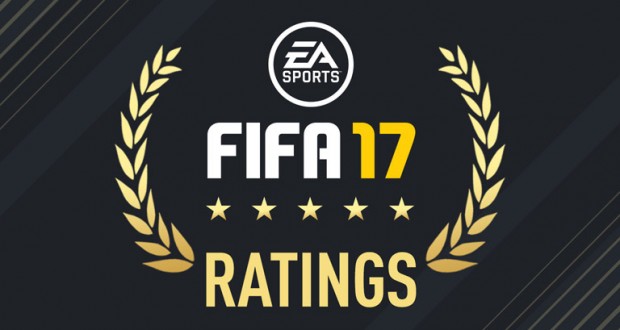 EA Sports announced earlier this afternoon the reveal of the best 50 players in FIFA 17 and below you can find the ratings of these players and their stats in Ultimate Team:

Blaise Matuidi is a strong and skillful central defensive midfielder. His 84 Physicality and 83 Defending make him a good shield for the back line.

Real Madrid’s Marcelo stats are highlighted by 84 Dribbling and 82 Defending.

PACE! PACE! PACE! The Dortmund striker’s Pace in FIFA 17 is a frightening 96, in addition to his impressive 84 Shooting.

It was an incredible season for the West Ham United left midfielder. Dimitri Payet is one of the biggest risers this season and boasts an 87 Dribbling and 87 Passing.

The FC Bayern right winger continues to be one of the premiere attacking talents in world football. He will terrify opposition back lines with his 90 Dribbling and 86 Pace.

The FIFA 17 Ambassador, James, is an incredibly well rounded option at attacking midfield. His 85 Shooting, 85 Dribbling, and 85 Passing make him a key link man.

The elegant Spanish playmaker remains an impressive figure in world football. His 87 Dribbling and 87 Passing make him an enticing option as an attacking midfielder.

Still a destructive force in front of goal, the Real Madrid striker has the ability to win any match. His 84 Shooting and 82 Dribbling will be a nightmare for defenders to cope with.

Vidal possesses the ability to be a destructive force as a center midfielder. His 84 Physicality and 84 Defending will add bite and enforcement to any midfield.

An incredibly versatile defensive midfielder, Sergio Busquets does everything well. His 83 Defending and 81 Physicality make him an impressive support for the back-line.

The Inter goalkeeper catapulted himself into Europe’s elites last season with some fine displays. His stats are headlined by 89 Handling.

Mats Hummels is a strong choice to solidify any back line. The FC Bayern center back has a very impressive 88 Defending.

An all around and dominant center forward. Thomas Müller boasts and impressive 83 Shooting.

It was a sparkling season for the PSG right winger. Di Maria has 87 Pace and 87 Dribbling, making him one of the trickiest wingers to deal with in world football.

Full of craft and guile, the Arsenal left winger has the ability to unlock any defense. His 86 Pace will frighten back lines but it is his 88 Dribbling which will mesmerize them.

An incredibly gifted center mid who will be the work horse of any midfield. Rakitić possesses 86 Passing and 84 Shooting making him a strong choice for the middle of the park.

Jan Oblak came into his own for Atletico Madrid last season. The goalkeeper boasts 90 Handling and 87 Positioning to make him a very valuable shot stopper.

The Juventus center back continues to excel anchoring the back line. His 87 Defending and 81 Physicality will make him a rock at the back.

The FC Bayern left back just keeps getting better. The Austrian star is good across the board in FIFA 17, but his 86 Pace and 83 Dribbling are his stand out attributes.

The Spurs goalkeeper remains one of the finest at his position in all of world football. Lloris has 90 Reflexes along with 87 Diving making him a great addition to your squad.

The FIFA 17 Ambassador is a wonderfully gifted and dazzling footballer. The Chelsea left midfielder possesses 90 Pace and 91Dribbling making him incredibly dangerous to opposition back-lines.

Chiellini is a tough tackling center back with90 Defending and 85 Physicality, making him an immovable object at the back.

Čech has continued to impress since moving to Arsenal. His 90 Handling makes him one of the best at his position in all of FIFA 17.

The Real Madrid man is one of the best passers of the ball in world football. The center midfielder has 88 Passing, one of the highest in all of FIFA 17.

The legendary Italian goalkeeper continues to excel for Juventus. Buffon is excellent across the board but his 90 Positioning is especially impressive.

Your FIFA 17 Cover Star Marco Reus is an elegant left midfielder. His 90 Pace is frightening, not to mention his 86 Dribbling and 85 Shooting.

90 Dribbling and 87 Passing summerise Andres Iniesta well. A dazzling center midfielder who is one of the best in the world at what he does.

Godín continues to be the heart and soul of Atletico Madrid. His 88 Defending make him one of the best center backs in world football.

The FC Bayern right back is one of the most consistent performers for both club and country. His 84 Dribbling and 86 Defending make him an invaluable addition to your defense.

If you are looking for a devastating passer of the ball at center attacking midfield then look no further than Kevin De Bruyne. His 86 Passing puts him among the elites in FIFA 17.

88 Defending and 81 Physicality tells you all you need to know about Pepe. The Real Madrid central defender is a force at the back.

The Juventus striker is a lethal finisher in front of goal. His 87 Shooting will make the net bulge time and time again.

A center mid who will bolster any midfield. Paul Pogba boasts 87 Dribbling to go along with his 87 Physicality.

The Atletico striker will be a key addition to any line up in FIFA 17. His 87 Dribbling is one of the highest in all of FIFA 17.

Center midfielder Thiago Silva has the joint highest Defending attribute in all of FIFA 17. His 90 Defending will bolster any back line.

Elegant and accomplished. Luka Modrić is a center midfielder who will help you unlock any opponent’s defence. 86 Passing and 89 Dribbling will give the opposition center backs a tough challenge.

Polished and supremely gifted, Sergio Ramos is a ball playing center back. His 87 Defending puts him among the elites of world football.

The Chelsea goalkeeper has the highest Handling in FIFA 17 with 91. He will be a huge addition to any squad.

Pass, pass, and another pass. Özil is the center attacking midfielder that will link play together. His 87 Passing and 86 Dribbling will have him gliding past defenders.

Very few will top the Manchester City striker when it comes to all around stats. Agüero has 89 Pace, 88 Shooting, and 89 Dribbling. Not bad…

The 2nd highest rated goalkeeper in FIFA 17. David De Gea of Manchester United has one of the highest Reflexes in FIFA 17 with 90.

The 3rd highest striker in FIFA 17. The FC Bayern hitman boasts 87 Shooting to go along with his 85 Dribbling. A terror for defenses to deal with.

Your top ranked centre back in FIFA 17 is Jérôme Boateng. 90 Defending and 85 Physicality, a real warrior.

The 2nd highest striker in FIFA 17. 90 Shooting to go along with his 86 Physicality. Ibrahimović is truly one of the best.

All about that Pace. The Real Madrid right winger has 94 Pace to go along with 87 Shooting and 86 Dribbling.

The top ranked goalkeeper in FIFA 17. Manuel Neuer’s 95 for Kicking and 91 for Positioning are the highest for each respective stat in FIFA 17.

The top ranked striker in FIFA 17. 90 Shooting and 87 Dribbling. You will score lots of goals with Luis Suárez.

Incredibly skillful with the ability to turn a game in an instant. The Barcelona left wing has the 2nd highest Dribbling attribute in FIFA 17 with 95

The top ranked dribbler in FIFA 17 with 96. The Barcelona right wing is the 2nd ranked player overall in FIFA 17.

The top ranked player in FIFA 17. Cristiano Ronaldo has 92 Pace, 92 Shooting, 91 Dribbling  and is as strong as an ox with 80 Physicality.

Do you agree with these ratings? Leave us your thoughts regarding these ratings in the comments below.
fifa 17 fut fut 17 player ratings TOP 50 ultimate team 2016-08-29
Damien
Previous: FIFA 16 TOTW 50 Predictions
Next: FIFA 17 Demo Details