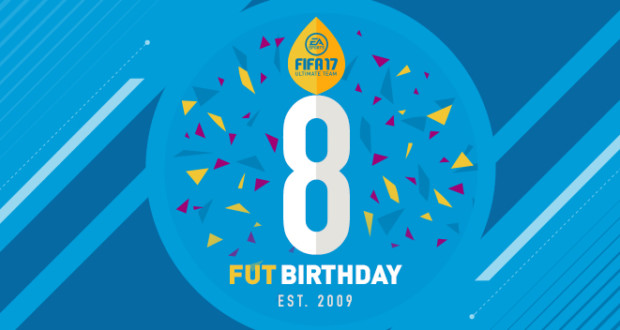 This week FIFA Ultimate Team turns 8 years and to celebrate this important milestone EA Sports prepared a full week of entertainment with the FUT Birthday Squad, new SBCs and more.

Turn back time and celebrate the history of FUT with the FUT Birthday Squad! Featuring 23 current players who were fan favorites in previous versions, each FUT Birthday Squad member has upgraded ratings reminiscent of their past FUT item and a brand-new item type. 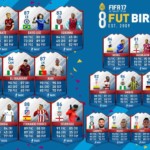 Introducing brand new SBC Premium Items for the first time in FUT! Three FUT favourites get an extra special Premium SBC version! Released as individual SBCs and available for the duration of the event, these unique items will be upgraded  even more than their FUT Birthday Squad version. 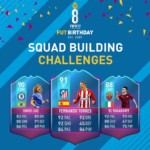 The extra Daily Birthday SBC rewards are untradeable and do not stack. Completing three or more of these SBCs will also reward a unique SBC Kit.

Also make sure you log-in the Web and Companion Apps to receive daily rewards for the duration of FUT Birthday. 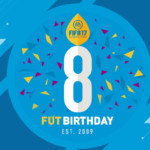 Below you can view this week’s SBCs in FIFA 17 including theFUT Birthday SBCs and the new Premier League POTM:

These in-forms are available in packs from March 29th – April 5th – ! You can view this TOTW in more details on FUTHead or EASports. 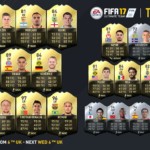 Update 5 for FIFA Mobile was released a few days ago introducing Daily Activities to the game and addresses a number of gameplay bugs. Continue reading below to get the complete rundown:

To celebrate Chelsea FC’s Eden Hazard as the new face of FIFA Mobile, EA Sports launched a new and unique in-game Program that gives everyone the opportunity to earn a 100-OVR Eden Hazard Player Item.

The best part of all, you can unlock and upgrade Hazard in one of three positions. Participate in the Program and work your way towards having a 100-OVR ST, CAM, or LF Hazard on your squad.

How the Program Works

The core of this program is using Positional, Match, and Training Tokens to complete 10 different Plans. From now and running through the summer, we will have a series of Live Events and Pack offers available that reward you with the Tokens needed to unlock your first Eden Hazard Player item and eventually completing the rest of the Program.

Following that, there are nine (9) more levels of upgrade Plans that gradually unlock better versions of Hazard. Each later Plan requires the earlier Item you’ve unlocked as well as a set number of Positional, Training, and Match Tokens. As always, make sure to check in-game for the exact number of Tokens each Plan requires. After completing all 10 Plans, you will have a 100-OVR Eden Hazard on your team.

As your Hazard’s OVR improves, so will the boosts he offers to others on your team. The higher his OVR is, the better the reward for the rest of your squad. Additionally, you are not locked into completing only one version of Hazard. If you want, you are able to unlock multiple positions (eg. Hazard at CAM and ST). However, Joker Tokens will not work in completing any of the Plans available in this Program.

Please be aware that for this Program, all versions of Hazard are untradeable.

EA built this program to last a few months, so don’t stress if that you don’t reach 100-OVR in the first few weeks. As mentioned before, there will be a variety of Live Events and Pack offers available over the course of the spring and summer months that will give you the opportunity to earn the necessary Tokens to upgrade your Hazard Player Item.

The latest TOTW has been released in FIFA Mobile as well: 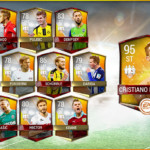 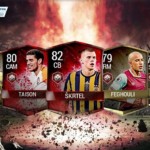 That’s all from us for this week, see you as usual next weekend. Have a great week folks!