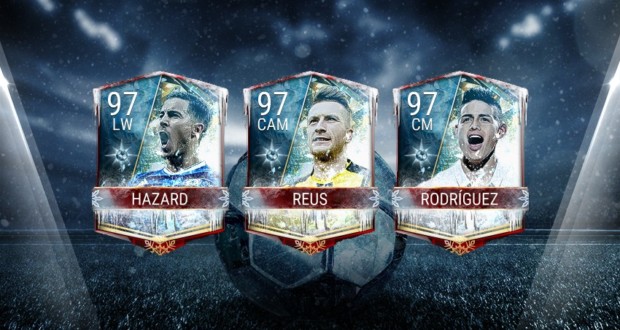 TOTW 14 dropped in FIFA 17 this week featuring the first in-forms of Ibrahimovic, Luis Suarez and Handanovic:

These in-forms are available in packs from November 21th – 28th December! You can view this TOTW in more details at FUTHead or FUTWiz. 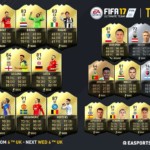 For this month’s in-game reward, all eligible FUT Champions Club members will receive the adidas MiCondivo Kit. The kit will be delivered to your FUT Account by December 30, 2016.

To become eligible for the reward, you must be a registered FUT Champions Club member and play a game in FIFA Ultimate Team™ at least once between 00:00:01 GMT on December 1, 2016 and 23:59:59 GMT on December 28, 2016. Additionally, members who qualified for the monthly in-game reward in November will also automatically receive this kit by December 30, 2016.

To become a FUT Champions Club Member, sign up HERE

It’s time to use those silver players from you club as this week’s single player tournament is reserved for silver only squads:

Squad Requirements
18 Silver Players with a minimum on 75 chemistry

Starting this week and available through the Holidays, FIFA Mobile is running a Football Freeze Program. There will be two weeks full of Live Events, Exclusive Plans, Special Edition Players, and so much more.

As of this week, you’ll see a special Live Event up in the Far North. Complete this Event to earn one of 26 special Frozen Gifts. Each Frozen Gift is a mystery and unlocks on a specific date. Be sure to check the details on when a gift is available to redeem.

There will be other opportunities to get Frozen Gift Tokens, including completing certain Plans or earning them in specially marked Packs. During Football Freeze, you will have multiple opportunities to unlock a series of Elite Players. You can find Silver, Gold, and other Elite Football Freeze Players in specially marked Packs or by completing Specific Plans.

Unlock up to five 93-OVR Flash Freeze Limited Edition Players. Each player requires a set amount of Snowball and Snowflake Tokens, and a set number of Silver, Gold, and Elite Football Freeze Player Items. Each plan is only available for a very limited window of time, please keep an eye out during the December 24th and 25th in the game and on Twitter for details on when these Plans are available.

There will also be a series of 88-OVR Elite Player items to get. These players are found in Packs and special Cold-Footed Player Plan, that upon completion will give you one of these special players.

Cold-Footed Players can then be boosted from their original 88-OVR to 92-OVRs by completing their specific Plans.

Check the Seasonal Plan section for more information on all Football Freeze Plans and their requirements.

There will be 97-OVRs versions of three of our four FIFA Ambassadors, which will be available exclusively in Packs on Christmas Eve and Day. These special Players will be available for short windows of time throughout December 24th and 25th, so pay close attention to the FIFA Mobile Store to see when a specific player is available to buy.

Boxing Day and the Premier League

On New Year’s Eve and running into New Year’s Day, play our New Year’s Flash Event. Every Hour, a new Live Event will appear on the FIFA Mobile World Map. Complete the Event to earn a Firework Token.

The new TOTW dropped in FIFA Mobile as well this week with the next in-forms: 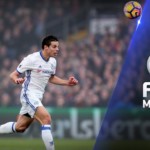 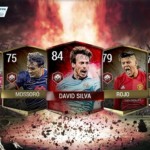 The most spectacular goals of the year in FIFA 17 are showcased in the Goals of the Year compilation and for this year EA Sports managed to get it narrated by the one and only Ray Hudson:

That’s all we got for this week, thanks for checking the news and we wish Happy Holidays!