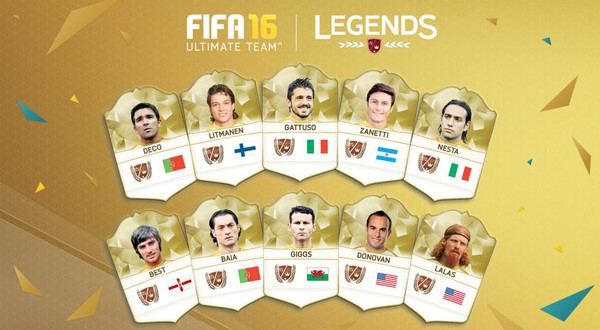 Thanks to a tweet from the Xbox Saudi official account with the image attached bellow, we now know that former U.S. national team players Landon Donovan and Alexi Lalas got their Legends items in FIFA 16 Ultimate Team:

Beside these two new Legends, six more may be revealed in the near future as producer Nick Channon stated at Gamescom that 16 new legends will take part in FIFA 16 Ultimate Team. Until now eight of them have been confirmed with the additional two of today, so we’re left with six new Legends to be announced!