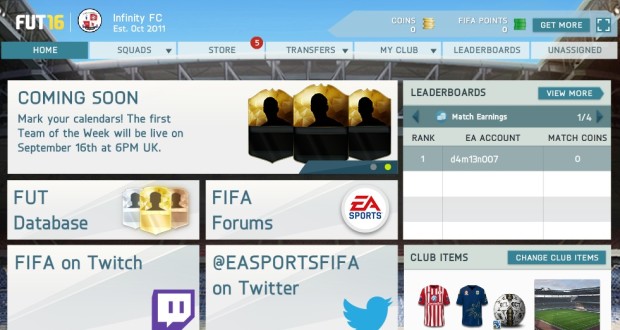 In an unexpected turn of events, the FIFA 16 Ultimate Team Web App has already been released, two days priors to its initial release date which was September 17th. The web app will be at full capacity on the 17th so in the meantime there may be some downtimes and other minor bugs.

Remember that the web app is available only to returning FUT 15 players! For those who haven’t played FUT 15, you must wait till the full game gets release on your prefered platform.

Also, tomorrow the 1st TOTW will go live in FUT 16 so be sure to keep those royalty packs that you received in order to get a chance at packing an IN-Form.

The FIFA 16 companion app for mobile is available as well and you can downlod it bellow on to your desired phone: