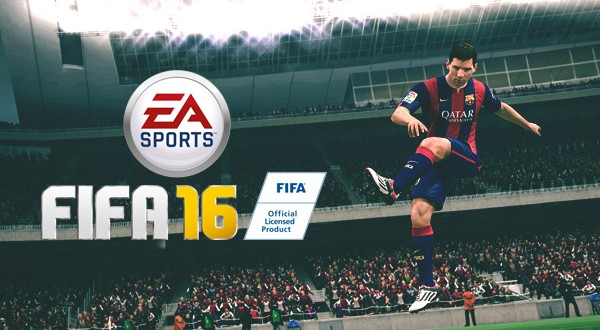 It’s been a while since our last FIFA 16 news roundup post and it’s time to do a recap of everything that happened the past month:

Thanks to the folks over at IGN we also got a first sneak peek of a gameplay demo that you can watch bellow:

A new gameplay trailer featuring Lionel Messi has been released a few weeks ago where we are showed how the No Touch Dribbling feature works:

From the analysis of the trailers, stage demo and gameplay demo we’ve found lots of new and improved faces of the next players:

Thanks to Kaiduss from the FIFA Forums for the list!

Here we have, what seems to be, the FIFA 16 game intro similar to the FIFA 15 ball intro:

Crystal Palace FC received the visit of EA Sports for a FIFA 16 re-scan session and released a video of the event that you can watch here. In the video, capture lab specialist Nigel Nunn confirms that the whole Barclays Premier League got re-scanned for FIFA 16!

The first details and gameplay of the next FIFA Mobile game were shared by EA Sports to our friends from AppSpy at E3 last month. If you wish to go into details please click here.

There’s a huge possibility to have a cross-platform feature with the arrival of FIFA 16 this Fall. You can read more about this here.

The Ultimate Team Legends will be exclusive to Xbox consoles once again in FUT 16 as you can read here.

The FIFA 16 PC specs have been announced and for those interested knowing them you check here.

Martin Tyler and Alan Smith have been re-confirmed as the English commentators for the next FIFA and thanks to the lads over at Copa90 you can watch a behind the scenes video of a recording session right here.

Another pair of commentators that have been re-confirmed is the Brazilian duo Tiago Leifert e Caio Ribeiro who will comment the Portuguese version of the game.

Also Italian commentator Pierluigi Pardo confirmed via his twitter page that he will be, once again, the commentator for the Italian version of FIFA 16.

If you wish to pre-order FIFA 16 you can choose from 3 different editions with special content for each edition. More details here.

No more less than eight FIFA 16 covers have been revealed in the past two weeks! If you wish to view the covers by regions please click the following links:

The first screens of FIFA 16 on Xbox 360 and PS3 were released by EA Sports not long ago and you can view them right bellow:

Regarding the Women’s National Teams in FIFA 16, EA Sports released a teaser featuring the US National Team and three new screenshots:

Lastly here are some interesting FIFA 16 related articles that we’ve found on the web that deserve to be checked out:

– EA Sports on FIFA 16: Carte Blanche on a Blank Canvas

– Why FIFA 16 needs an overhaul

And that’s all we have on FIFA 16 lads. More details will be revealed at Gamescom in August this year! We leave you with this freshly released screen of Steven Gerrard in his new club jersey in FIFA 16: