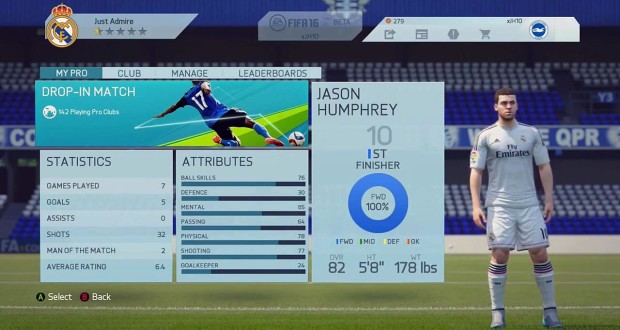 Android and WP users can now download the first FIFA 16 Companion App update with the next issues addressed: 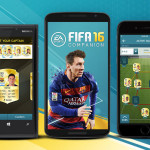 Earlier this week, Pro Clubs players have reported resets over their FIFA 16 Virtual Pros which lowered their ratings. EA Sports are currently looking for a solution but users already gave up on seeing their overalls restored because this problem already occurred in past editions of FIFA and it was never fixed. Most probably this bug will be fixed with the release of title update 1.0.3 but nothing has been confirmed yet. 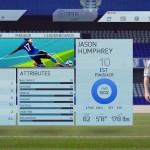 Starting with TOTW 5, there will be 23 IN-Forms in TOTW instead of the usual 18. This week, we have IF players with standout performances in National Team play:

These IFs will be available in packs from 14th October 6:00PM – 5:45PM 21st October. You can view the team more detailed at FUTHead or FUTWiz. 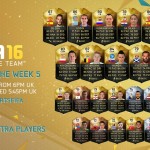 Cristiano Ronaldo is now available as a Hero item in Ultimate Team 16 and FIFA 16 UT Mobile thanks to his 4th Golden Boot: 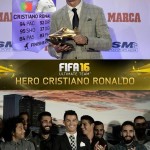 If today you win any division in offline or online seasons you’ll have the chance to get one of the seven untradable Hero Ronaldo items in Ultimate Team 16! 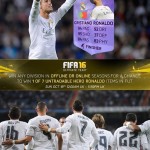 More price range updates went live this week in FUT 16 and you can view to the new player prices here.

If you download or play FIFA 16 Ultimate Team Mobile now, you will get two free packs upon logging in to your account! 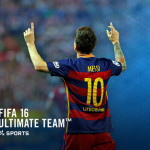 The second batch of Rising Stars of Bundesliga is live in FIFA 16 UT Mobile alongside 91 Neuer, 86 Cazorla and 90 IBRA:

If you want to check last week’s batch of players please go here. 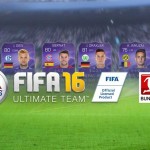 Using the Player Exchange feature in FIFA 16 UT Mobile can get you IN-Forms or high rated players like Cristiano Ronaldo: 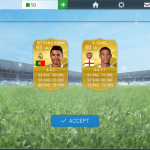 In order to keep your Ultimate Team account safe and avoid losing it to scammers or phising websites we recommend to check this guide. 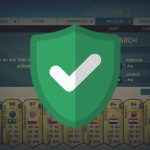 If you still have issues running FIFA 16 or get errors that you don’t know how to fix then please check out our FIFA 16 troubleshooting post. 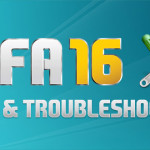 If you’re new to Ultimate Team and don’t know how or where to start please watch the following video tutorials:

(To view the complete playlist just click on the upper left icon of the video.)
Be sure to check out the next FIFA 16 articles and guides of the week:

Round 4 of Best GOTW is out and as always it features more amazing FIFA 16 goals: