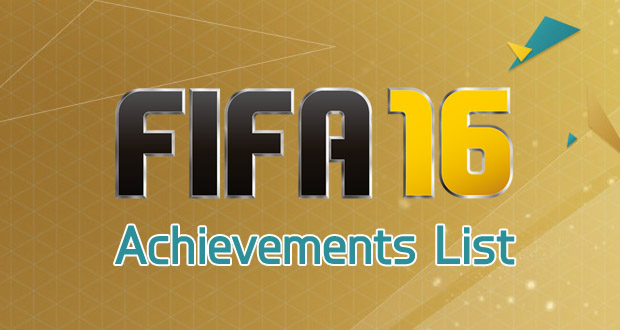 The following achievements are available only on current-gen platforms (Xbox ONE/PS4/PC):

The following achievements are available on both last and current-gen platforms (Xbox 360,PS3,PC,Xbox One,PS4):

Have more than 65% possession in a match

Score a goal with a curled shot from a free kick

Score 2 goals from a corner in a match

During open play, score a long-distance goal with a defender (25 yards out)

Change your captain in FUT

Play a full match with the “FIFA Trainer” overlays turned on

Earn a Promotion in Seasons

Win a Trophy as a Team manager

Complete all Drills in FIFA Basics

Fill up all Team Sheets slots

Buy a player which is in a league above you

Play a consecutive match in Seasons