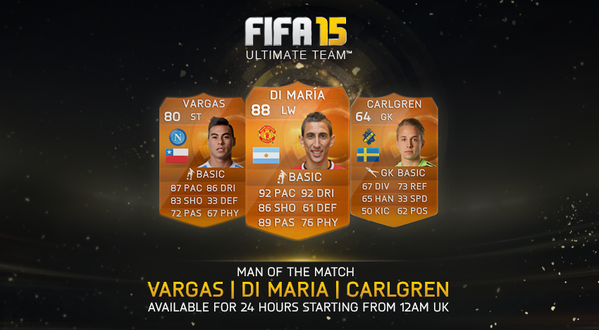 Last week EA Sports announced The FUTTIES in Ultimate Team 15, an event where you could vote for your favourite player in the game which will award a special PINK IN-Form card to the winner. Well the voting is now open and you can vote in the next 10 categories:

– In for the Safe Hands

– In for the Tackles

– In for the Skills

– In for the Longshots

– In for the Headers

– In for the Leadership

– In for the Weak Foot

– In for the Pace

You need a forum account in order to cast your vote! The voting closes on July 12th and the winners will be revealed on July 15th.

TOTW 42 is out in packs with SIF Robbie Keane as the star player of the squad:

TOTW 42 in-forms will be available in packs from July 1st – July 8th. You can view the team in more details at FUTHead or FUTWiz.

The first FUT 15 Summer Transfers have arrived with the first batch going live today! To view the list of the new transferred players please go here.

In case you want to keep up with the price range updates remember to go here as the old google document has been discontinued!

Thanks for reading this week’s news guys! Will catch you up next week with another roundup of news for both FIFA 15 and FIFA 16!