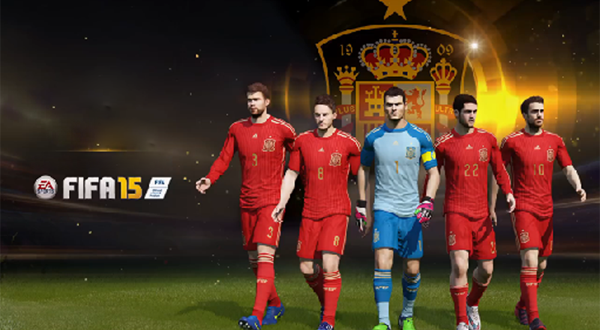 For those who eagerly awaited the release of TOTS this week we have some bad news for you, EA Sports decided to delay the release of the special blue cards quoting the following reasons:

” …most of you know that we’ve been working hard to implement a lot of changes to FUT in the past several weeks to make the game fun and fair for everyone. It’s all about ensuring a level playing field for all FUT fans, especially during great events like Team of the Season (TOTS), and continuing our work to halt the negative effects of coin farmers and cheaters who hurt your FUT experience. Although we’ve seen significant improvement in limiting fraudulent coin exploits over the past few weeks, our work isn’t done here.

So here’s the bottom line. We’re delaying the launch of TOTS until we can make some more important changes to ensure TOTS is the best it can be for you.

Until TOTS, we’re going to be introducing brand new content starting next week to honour Player of the Year, club promotion, and relegation battle heroics amongst your favourite leagues.

We have another important fix that will be implemented in the coming weeks to tackle coin farming exploits within FUT. We are also increasing our banning of coin seller accounts that hold large balances of illegitimate coins. By making these important changes, we’re taking another big stride forward in our fight against cheaters and exploiters, and the millions of honest FUT players will have more chances to find and obtain TOTS in-form items on the Transfer Market when they become available. “

As you could read you’ll have to hang on a bit more for those TOTS cards. Until the release of TOTS, EA will deliver the first ever Player of the Year cards plus other special promotions.

The Argentines Scarione, Lavezzi and Higuain lead the new TOTW:

These in-form players will be available in packs from 29th April 6:00PM – 5:45PM 6th May. You can view the team more detailed at FUTHead or FUTWiz.

La Furia Roja and El Tri are the names of the latest tournaments available in the FUT tournament sections:

La Furia Roja tournament will close on May 6th while El Tri will end tonight!

Darío Benedetto got his special orange item in Ultimate Team a few days ago thanks to his hattrick in the CONCACAF Champions League final.

Ireland and Manchester United legend Roy Keane got released in packs this week making him one of the most complete central midfielders in the game:

Two new price range updates are live since Wednesday in FUT 15, if you want to see the update lists please click here.

Volleys, skill runs and a dash of rabona, the perfect ingredients for a GOTW compilation:

Thanks for checking out this news post! See you next week as usual!