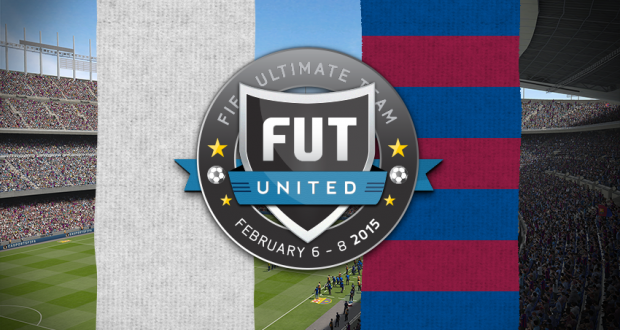 FUT United is back in Ultimate Team 15 with lots of surprises for its players. Here is what to expect this weekend:

– Contest: Win a trip to the next “El Classico” by playing a FUT match or 1 million coins. Details here.

If you decide to open some special packs this weekend, here are the possible IN-Forms you could get:

These in-form players will be available in pack from 4th February 6:00PM – 5:30PM 11th February. You can view the team in the Web App  or more detailed at FUTHead or FUTWiz.

As we mentioned at the beginning of the post, FUT United will feature a special tournament called FUT United Cup and bellow you can see all the requirements and details in order to participate together with the African Cup:

French legend Laurent Blanc is now available in FUT 15 on Xbox consoles with some!

Some amazing stats for a center back, don’t you think so?

Former England international Joleon Lescott got his Pro Player card in FIFA Ultimate Team 15 earlier this week and bellow you can see the card’s crazy stats:

After last week’s shooting tutorial, EA Sports released a new video tutorial on how to use the corners to create more scoring chances:

Last thing we have for you are the best FIFA 15 related articles and guides of the week:

– The Most Frustrating Game Mode You’ll Ever Play

– An information post on OVR ratings and in game stats.

– The Reality of Coin Sponsors and Streamers and why they’re taking that money.

See you next week with more news!