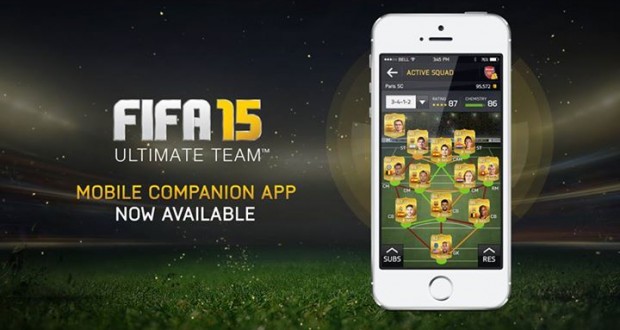 FIFA 15 is available worldwide as of this friday and today we bring you the latest news regarding it!

PS4 users already have a title update lined up for FIFA 15 with the next updates available:

The mobile version of FIFA 15 (now called FIFA 15 Ultimate Team) is now up for download for iOS, Android and WP. The app is around 1GB in size and you can download it for free! More details on this game here.

The companion app (EASFC app) has been updated to FIFA 15 this week! If you already owned it for FIFA 14, the update was made automatically with the next features being available:

From the same link above, you can also download the official Irish League FIFA 15 cover that features Barry Murphy (Shamrock Rovers) and Richie Towell (Dundalk F.C) next to the global star cover Lionel Messi:

TOTW #2 is live in Ultimate Team 15 with IN-Form players like Cristiano Ronaldo or Rakitic:

These in-form players will be available in pack from 24th September 6:00PM – 5:30PM 1st October. You can view the team in the Web App  or more detailed at FUTHead or FUTWiz!

Starting this weekend EA Sports will release, every week, one of the new 15 FUT Legends in packs! This week FIFA 15 Xbox players can get the German legend, Franz Beckenbauer!

The old FUT 14 Legends are already available in packs!

Another interesting news is that EA Sports FIFA community manager, Chukwuma Morah, confirmed via twitter that Luis Suarez won’t be available in Ultimate Team, Career and Tournament Mode until October 26th, when FIFA will lift his ban after the 2014 World Cup incident. The player will be available in Kick Off mode as a reserve though.

Big collection of FIFA 15 articles and guides this week, the best of the best:

That’s it for this news roundup. Don’t forget to check out our FIFA 15 Fixes and Troubleshooting post in case you have issues with FIFA 15!