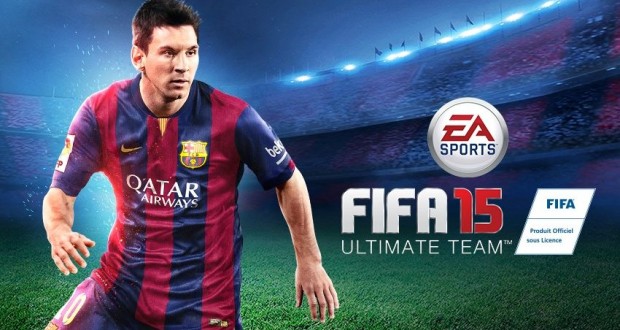 EA Access members can now play six hours of FIFA 15 and get 10% off FIFA Points! To get the game you can log in here and start downloading it.

PS3 and Xbox 360 users can also get FIFA 15 earlier through Season Ticket!

This will be the last year of activity for Season Ticket, more details about it here.

The much awaited FUT 15 Web App is finally online after a 24 hour delay from EA Sports. To access it you had to play at least 10 games in FUT 14 and created a security question/answer before August 1st! The web app is available here so be sure to log in and claim your loyalty packs and the daily gift rewards.

For those who can’t access the Web App please check these troubleshooting articles here and here. If you still can’t access it please fill up this form and submit it!

These in-form players will be available in pack from 6PM 17th September – 5:30PM 24th September. You can view the team more detailed at FUTHead or FUTWiz!

In the next video, FUT producer, Marcel Kuhn talks about all the new Ultimate Team 15 features:

Beside these new features EA Sports also made other updates to FUT, one of the most radical being the removal of the trade offers! As well the transfer targets will be limited to 50 player items after utilizing the EAS FC unlockable boosts. More details on these updates can be found here.

The complete and final leagues and clubs listing was announced this week with no major changes from FIFA 14. As most of you know the Brazilian league was removed and replaced with the Turkish Super Lig while Palmeiras and AEK Athena were removed from Rest Of The World:

Rest of the World

The FIFA 15 stadium list was also revealed this week with no major additions except the EPL stadiums. The only stadium that was removed from the previous FIFA game is Stade Velodrome, home of Olimpique de Marseille:

Eden Hazard shows us all the new skill and flair moves from FIFA 15 with exclusive in-game footage:

Bellow we have the official FIFA 15 soundtrack list featuring artists like AVICII, Foster The People or The Kooks:

You can listen to the soundtracks online on DashRadio or Spotitfy.

With the release of the full game on the market approaching, EA Sports published these top players lists based of their passing, shooting or potentials:

About a month ago we’ve wrote that the FIFA 15 mobile game will be mainly focused on Ultimate Team and today we have the full official details regarding it that we’ve summed up in this list:

– The game will be named FIFA 15 Ultimate Team Mobile.

– There will be only two game modes: FIFA Ultimate Team and Matches of the Week

More details can be found here.

And finally, bellow you can find all the FAQ’s regarding the FIFA 15 Ultimate Team Carryover:

A. You can transfer your FIFA Points during EA Access early access trial or when you have a retail copy of FIFA 15.

Q. How often can I transfer my FIFA 14 FIFA Points?

A. This can only be done once.

Q. Can I transfer my FIFA 14 FIFA Points during Web App early access?

A. No, you can only transfer FIFA Points on a console with EA Access or the retail version of FIFA 15.

Q. Can my FIFA 14 FUT Coins be converted or transferred to FUT 15?

A. No, FUT Coins cannot be transferred between FUT 14 and FUT 15.

A. Only players who have EA Access for Xbox One will be able to purchase FIFA 15 Points during the early access trial.

A. EA Access will be available five days before the launch date in your region

A. No, players will not be able to purchase FIFA 15 Points during the EA Season Ticket early access period.

Q. Can I transfer FIFA Points from Xbox 360 to PlayStation 4 or from PlayStation 3 to Xbox One?

A. No, FIFA Points can’t be transferred between different console manufacturers. This can only happen between Xbox 360 and Xbox One, and between PlayStation 3 and PlayStation 4

Q. Will my FUT 15 players on my PS3 be available on the PS4 if I own FUT 15 on the PS4? How about other things like my roster, trophies, in-game items, FIFA Points and FIFA Coins?

A. Yes, your FUT content is available on both consoles and you will be able to access your FIFA 15 Ultimate Team full roster, tournament trophies, in-game items, FIFA Points, and in-game currency (coins) from either console: between Xbox 360 and Xbox One, and between PlayStation 3 and PlayStation 4.

Q. I have FIFA 14 points unspent. What will happen to them when I get FIFA 15 and play FUT? Thanks for reading these week’s news! See you later with the SWR post!