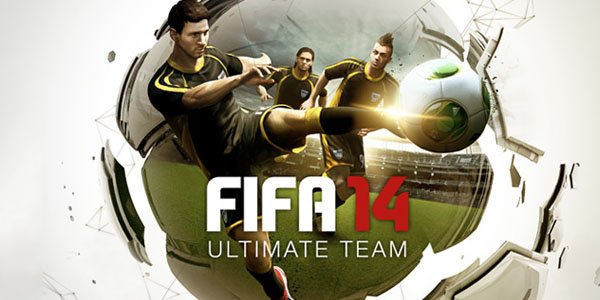 A new title update is available for FIFA 14 on PS4. The update resolves an issue where users were unfairly awarded a win or avoided a loss after disconnecting from a FUT match. A similar update will be available for Xbox One in the near future.

–  “Over the last few weeks we’ve experienced sporadic connectivity issues. This was especially true on Feb 6th and 7th when we noticed that a significant number of users received disconnects at the end of a FUT match. This caused DNF multipliers to decrease for some users. We have since rectified the issue but would like to thank you for your patience at that time. During this maintenance window, we will be resetting DNF multipliers for all FUT users to their maximum value.”

–  “On Wed Feb 19th we recognized FUT Trade Pile issues such as auctions getting stuck and users not receiving coins after being outbid. These issues were caused by heavy traffic/volume pointed at our partners.
After assessing the issue, we’re currently working hard to identify and reimburse those affected but please understand that this could a number of days to fully rectify. Luckily, we’ll be able to automatically detect the affected users, so you won’t need to report your cases individually.”

Have you ever wanted to experience the thrilling atmosphere of the Barclays Premier League? Do you love FIFA Ultimate Team? Well, EA SPORTS FIFA is giving one lucky person and a friend the opportunity to attend two BPL fixtures over the course of a weekend.

Not only that, we are also giving away 1 Million FIFA Ultimate Team Coins to ten lucky FUT players! Getting high-end items just became significantly easier.

To enter, play and win any FIFA Ultimate Team match (which includes the mode’s introductory match, seasons, tournaments and challenges, both online and off) in FIFA 14 between 19:00 GMT on February 21 and 23:59 GMT on February 23.

Win a match and you’re automatically entered; it’s that simple.

FUT players who don’t wish to enter into the contest can opt-out by e-mailing us at [email protected].

These IN-Form players will be available in packs from 19th February 6:00PM – 5:30PM 26th February. You can view this team in the Web App or more detailed at FUTHead.

A few days ago a Gareth Bale card was put up for auction at a 14.999.000 coins start price on the FUT 14 PlayStation market. You’ll wonder what’s the big deal? Well the big deal is that this Gareth Bale card is still at Tottenham! No one knows how this was possible but some rumors say that someone who participated in the beta testing of FUT 14 managed to keep this card on his account and only put it up on the auction market this week. The card was eventually bought for 15 million coins!

In other news, we have the official World Cup 2014 Game cover thanks to FUTHead News:

Learn more on the art of free kicks for FIFA 14 in the latest episode of The Boot Room:

The best FIFA 14 related articles and guides of the week can be found down bellow:

– FIFA Ultimate Team – How to avoid being hated online (Sportra)

And here are the best FIFA 14 Goals Of The Week #18 from EA Sports: