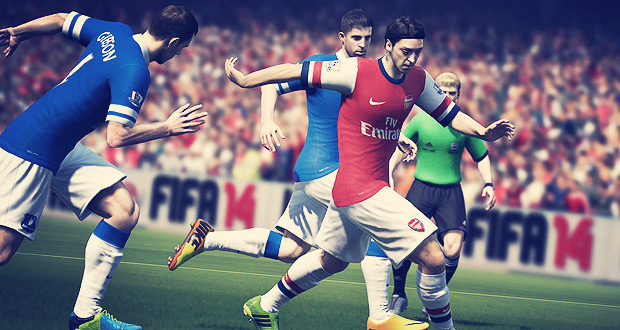 For those who already got their hands on the game, you will notice that a title update will be available. The update addresses stability issues found in the closed beta and minor fixes to a couple game mode (Skill Games, Creation Centre) items. If you haven’t got the update, be sure to restart and download the title update in an active session.

There will also be a second update planned for the next week that will address the next issues:

Moreover, EA stated that they are aware of the freezes during the game and will continue to investigate these issue and hopefully a fix will be found.

The second TOTW is out on FUT 14 and features some amazing IN-Form players like Aguero, Isco or Alaba:

You can pick up these in-form players in packs from 25th September 6:00PM – 5:30PM on 2nd October. You can view this team in-game at the Web App or more detailed at FUTHead!

Three new FIFA 14 screens were posted by EA on their facebook page this week featuring Clint Dempsey in his national team jersey, Mesut Ozil in the Gunners shirt and Marouane Fellaini in Man Utd kit:

EA also released custom covers for all MLS teams and you can download them here.

Those who got the retail version of FIFA 14 will already know this but for those who didnt got FIFA 14 yet you’ll need to know that the 5 minutes online quitting rule is gone! In FIFA 13 you could quit an online game within its first 5 minutes and get away no penalties. Well from now you can’t do it anymore without losing the game.

The FIFA 14 Mobile version is out! The game features 33 leagues, over 600 licensed teams,34 authentic stadiums and more than 16,000 players. Other features like FUT 14, new touch controls,Online Multiplayer mode (iOS only),commentaries in English, French, German, Italian and Spanish are included in the game.

You can get the game for free from the iTunes store (iOS) or GooglePlay store (Andriod).

The EA Sports website has a new interactive feature called Fan Rewards. The feature allows you to complete different challenges on the website and get credit points in exchange. With those credits you can redeem different prizes from the website store and unlock more features on FIFA 14. To get started you’ll need to go here and login with your Origin details. Once you’re in you can start browsing the challenges here. At the moment, the store doesn’ have any rewards but as the page says the rewards will come soon.

Good luck completing the challenges and have fun!

More FIFA 14 reviews popped out on the web this week, as well some really great FUT 14 guides:

The last thing we have for you is the face capture venue of Atletico Madrid:

That’s it guys! See you next week!

FIFA 14 is officially available worldwide as of today!