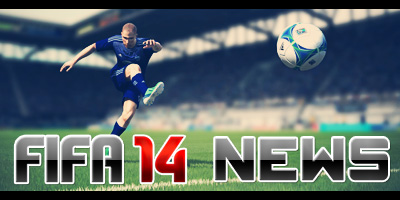 EA Sports announced two new partnerships this week with two of the most well known football clubs in the world, FC Barcelona and Liverpool FC! The players from both teams got scanned by EA and their faces will feature in FIFA 14 as you can see in the trailers and images bellow:

To celebrate their new club partnerships, EA Sports released the next two wallpapers:

The MLS All-Stars team also got scanned this week before their match against AS Roma:

Three more FIFA 14 covers were revealed this week featuring David Alaba on the Austrian cover, Xherdan Shaqiri on the Swiss cover and Balazs Dzsudzsak on the Hungarian cover:

Bellow we have three new FIFA 14 screens plus other two old ones that weren’t available in high quality format:

If you have some time you can go and check the next FIFA 14 related articles:

– FIFA 14: 10 Players Who Will Receive A Higher Rating (WhatCulture)

Also if you want to see some leaked FIFA 14 gameplay clips please check our post here!