Tips for FIFA Gamers on the PC 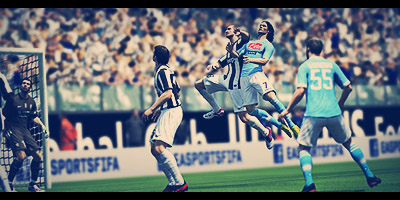 It has been frequently noted that the PC has risen from the initial deficit after the creation of video consoles and now gets better revenues than their counterparts. And, while FIFA is often seen a game for consoles, both versions have been almost identical for a few years.

In fact, last year’s edition was the first one to go toe-to-toe with the likes of the PS3 and Xbox 360 and that was from the knowledgeable mouth of executive producer Kaz Makita who said “This is the moment all PC gamers have been waiting for, as they are finally going to fully experience the award-winning FIFA gameplay”. So with everything on a level playing field, it’s time to understand how to master the PC version with these tips:

Whatever you choose to use to improve gaming, the key is reaction times. A debate that has raged for a while is a wireless versus a wired mouse. Batteries are one issue, losing connection is another and reaction times can prove decisive in online gaming. Many believe that wireless leads to jumpy and unreliable gaming and while technology continues to improve some will tell you to steer well clear.

With two graphics cards and the game using Catalyst Eyefinity, the visuals are something that can’t be matched on a console. Depending on what configurations your PC has you can choose the resolution and crank up resolution and performance to take advantage on using this version.

When you download PC games there’s always a concern as to whether you can run it or not and while the minimum spec hasn’t changed from last year you need a dual-core machine, 1.8GHz with a baseline of around 6800 GT. As with many games, upgrades and higher specs are recommended and the main thing to buy is the graphics card.

Getting ahead of the curve

It’s all about responding to demand quickly and EA have noticed particular areas of the globe where PC gaming is integral to the market. With everything like the next-gen engine now available on FIFA 13 for PC it is a time that you could try migrating to the old favourite.

Make sure it is working on top form by checking performance information, delete temporary files, check and update drivers, graphics and DirectX, checking hard disk and making sure the visual effects are on top settings.