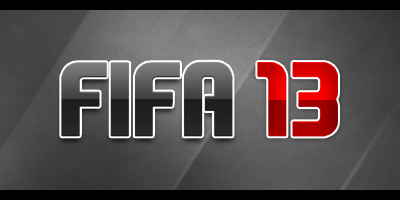 The first news roundup about FIFA 13 is here!We have searched on the web and collected all the info related to FIFA 13 and here’s what we’ve found until now:

On 4th of June EA will officially present FIFA 13 to the public and press at the E3 Expo from Los Angeles.The press conference will be available in live streaming on the official websites of E3 and EA Sports!

Last week EA Sports hold a secret showcase of FIFA 13 in London where game journalists and popular fifa youtubers were invited to try FIFA 13 for the first time!

Some of the lucky persons who had this special invitation were the game journalist Paul Rayment (PR Manger at Dubit),christrout91,the famous FIFA & C.O.D youtuber and the guys from 360-gamer.com who posted some pics and info about the new game on Facebook and Twitter from the secret conference:

– “FIFA 13 is more realistic.“
– “The gameplay looks good, many improvements and increased realism.“
– “Unfortunately, they didn’t want to go into details on the various game modes, but I at least had some good info on FIFA 13.“
– “The tactical defending is not cancelled.”

About the licenses,in FIFA 13 we will have 3 new leagues!The Czech & Turkish leagues will return in FIFA 13 after their removal in FIFA 12 because of the license agreement in the case of the Czech League and the license ban of the Turkish League after the corruption scandal.This year EA Sports managed to sign a new license agreement with the Czech football federation and the Turkish League lifted the license ban.The third league that will be available in the future title of FIFA is the Zain Saudi League,the Saudi Arabia first football league!The news was confirmed by the official website of Saudi Pro League and they said that FIFA 13 will contain all 14 teams of their first league plus 2 teams from their second league for a total of 16 new teams!Also the staff of EA Sports traveled to Saudi Arabia and completed the face capture of the most important players of the Saudi Pro League and their specific faces will be available in the upcoming FIFA title.

Thanks to our friends from FIFAKulte for the info!

In the marketing department,after last year’s sponsorship with Swindon Town, EA Sports signed their second sponsorship contract with a professional football club,this time with Leyton Orient,that will have the FIFA 13 logo on their away shirt!

Credits to footballshirtculture.com for the picture!

Lastly there are some rumors about a new mode called Be-A-Referee but there is nothing confirmed yet!

So guys,what to you think about the new leagues,the Move & Kinect for FIFA 13 and the so-called Be-A-Referee mode?Please leave your comments bellow!